Sibling interview fails to answer the question: If the star is so tolerant, why does he say such terrible things? 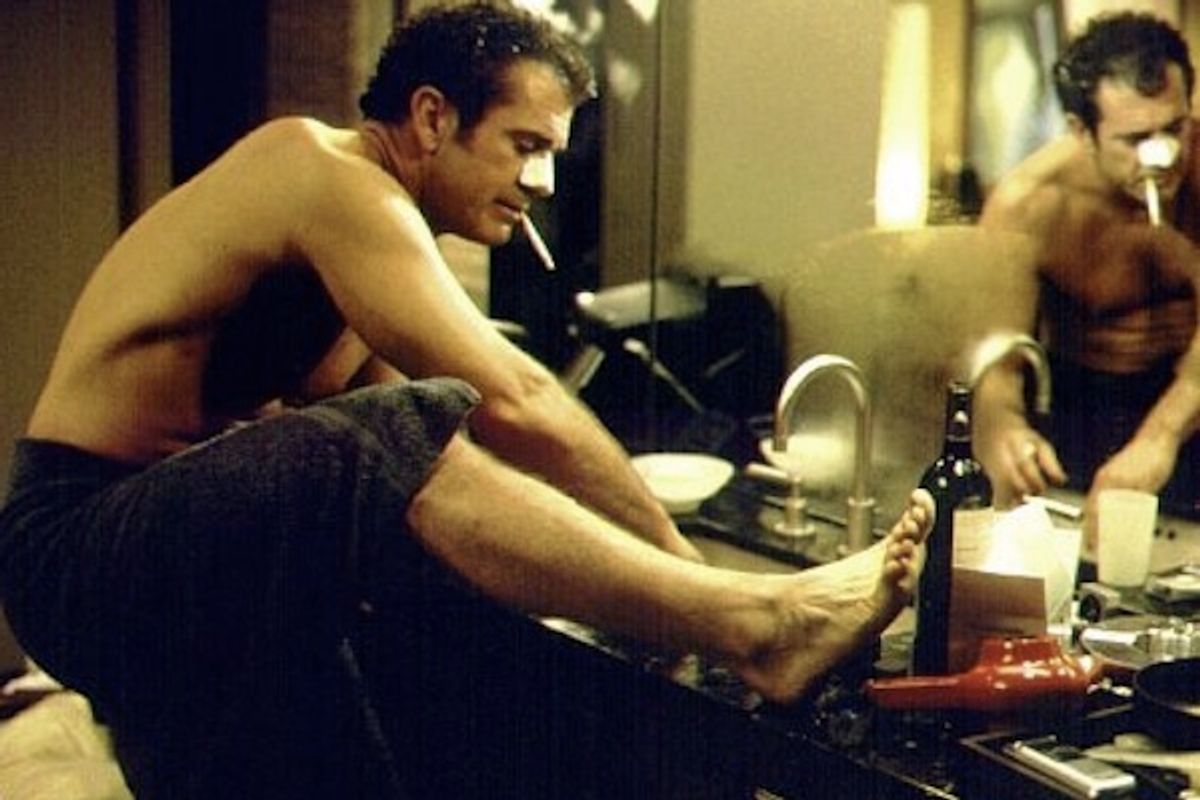 Mel Gibson may have permanently sundered his relationship with the American public after half a decade of bad publicity – including a famous anti-Semitic tirade after being pulled over for drunken driving in Malibu and the leaked audiotapes in which he threatened ex Oksana Grigorieva with physical violence (with some racial slurs thrown in for good measure)  -- but there is still at least one person in the world willing to defend the actor's honor. That would be Andrew Gibson, 43: Mel's gay adopted brother.

Andrew has kept a low media profile, but in an interview over the weekend with PerthNow (a subsidiary of Murdoch's News Corp.), the other Mr. Gibson stood up for his famous sibling: "He never meant to upset anyone. I have never once heard anything anti-gay come out of his mouth," Andrew told the paper. Which goes along with what that small contingent of Mel's supporters in Hollywood (among them Danny Glover and Jodie Foster) have been claiming ... that the actor is a loving, tolerant individual who sometimes says dumb things. Still, it's hard to believe this vocal minority's opinion when stacked up against the rest of the evidence of the "Lethal Weapon" star's behavior.

After all, how do you explain that infamous 1991 interview, when Mel whined to the Spanish newspaper El Pais that he didn't know why gay people love him since he didn't talk, move or act like a homosexual? (This was the same piece where he told the interviewer that he didn't like to "take it up the arse" before bending over and pointing to his butt, exclaiming, "This is only for taking a shit.") Andrew gives it a shot:

"He's a straight man and he was illustrating that fact. In the same way a gay man wouldn't want to have sex with a woman."

No? No. There is no way to spin the Pais quotes to make Mel look like anything other than an ignorant homophobe. Even the actor had a better excuse for that occasion when he admitted in 1999 that he was "tickling vodka" during the interview.

Mel's relationship with the LGBT community has had its up and downs after that point: He stuck by his Pais words in an interview with Dianne Sawyer in '92, told Playboy in '95 that he'd apologize to GLAAD when hell freezes over, but then seemingly relented and worked with the Gay & Lesbian Alliance to invite 10 queer filmmakers to the set of "The Conspiracy Theory" for a meet-and-greet in 1997.  Mel may have made his peace with gay community almost a decade before his other troubles began, but that doesn't mean his comments in El Pais came from any place other than small-minded stupidity.

Andrew makes a far better case for his brother when he sticks to the personal anecdotes, like Mel's gruff acceptance of Andrew's coming out, "It's not my choice, but I love you and you're my brother." The younger Gibson said it's been a tough road to reconcile with his family, who "didn't like my choice of boyfriends. They wanted me to go out with a Country Road queen and I like strong, dangerous men," but he's spent the past year in building up his contact with them. Andrew adds that Mel doesn't care about the money he's expected to lose in his divorce case, since "he would rather have love and happiness in his life."

Nice words, but unfortunately Gibson may be past the point of no return. Mel has hung himself so thoroughly with his own words that its doubtful that anyone else's could go very far in convincing us that the star's documented bigotry is just one big misunderstanding.