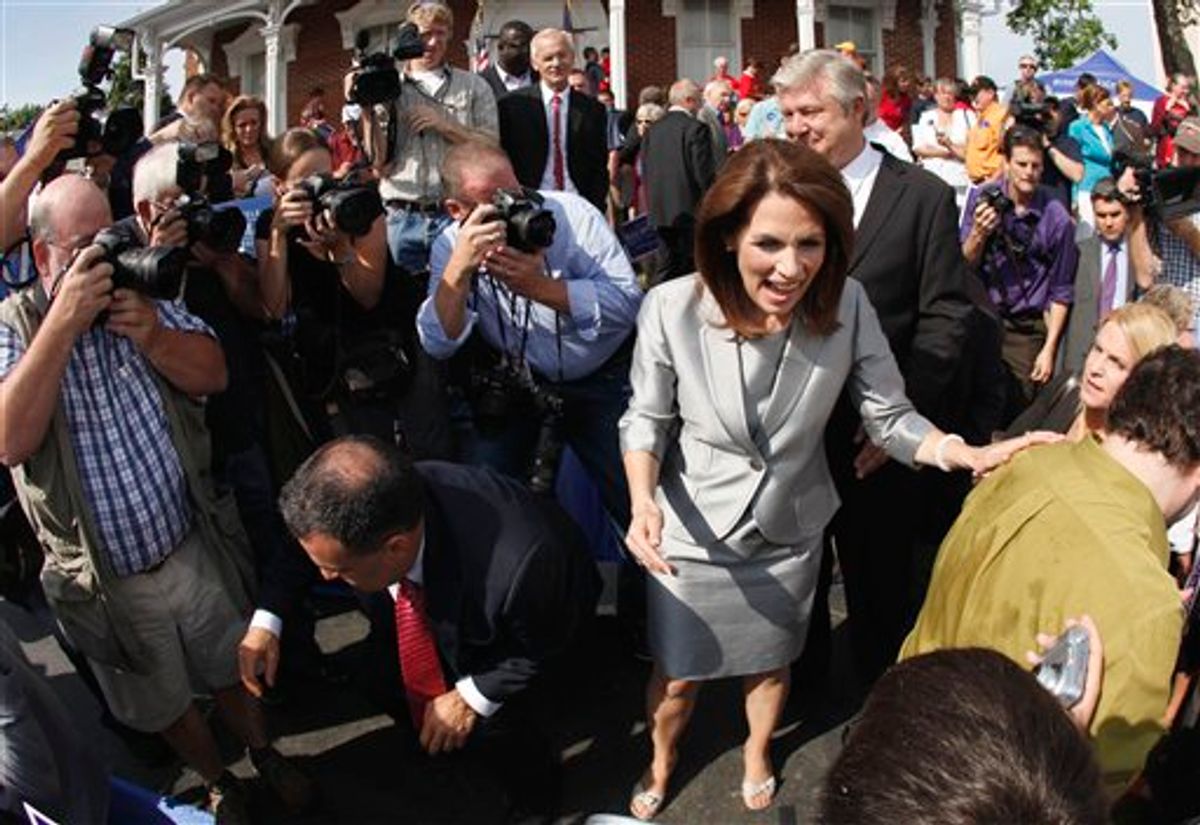 Rep. Michele Bachmann, R-Minn., greets supporters after her formal announcement to seek the 2012 Republican presidential nomination, Monday, June 27, 2011, in Waterloo, Iowa. Bachmann, who was born in Waterloo, will continue her announcement tour this week with stops in New Hampshire and South Carolina. (AP Photo/Charlie Riedel) (AP)
--

ABC News Monday night aired an investigation which confirms claims that Michele Bachmann's husband, Marcus, tries to convert gay men into heterosexuals through prayer in his Christian therapist clinic. The report shows footage from undercover video taken by advocacy group Truth Wins Out in Bachmann's clinic (which Michele co-owns and which also receives Medicare funding). The footage, as well as interviews with a former patient at the clinic, show that the clinic makes explicit its aims to rid patients of homosexual desire.

Michele Bachmann declined to comment on the report when it was raised at a campaign event Monday, saying only that she is "very proud" of the clinic.

Watch the video, via ABC News: