Drew Pinsky may be leaving his VH1 drug show for good. Could his replacement possibly be any worse? 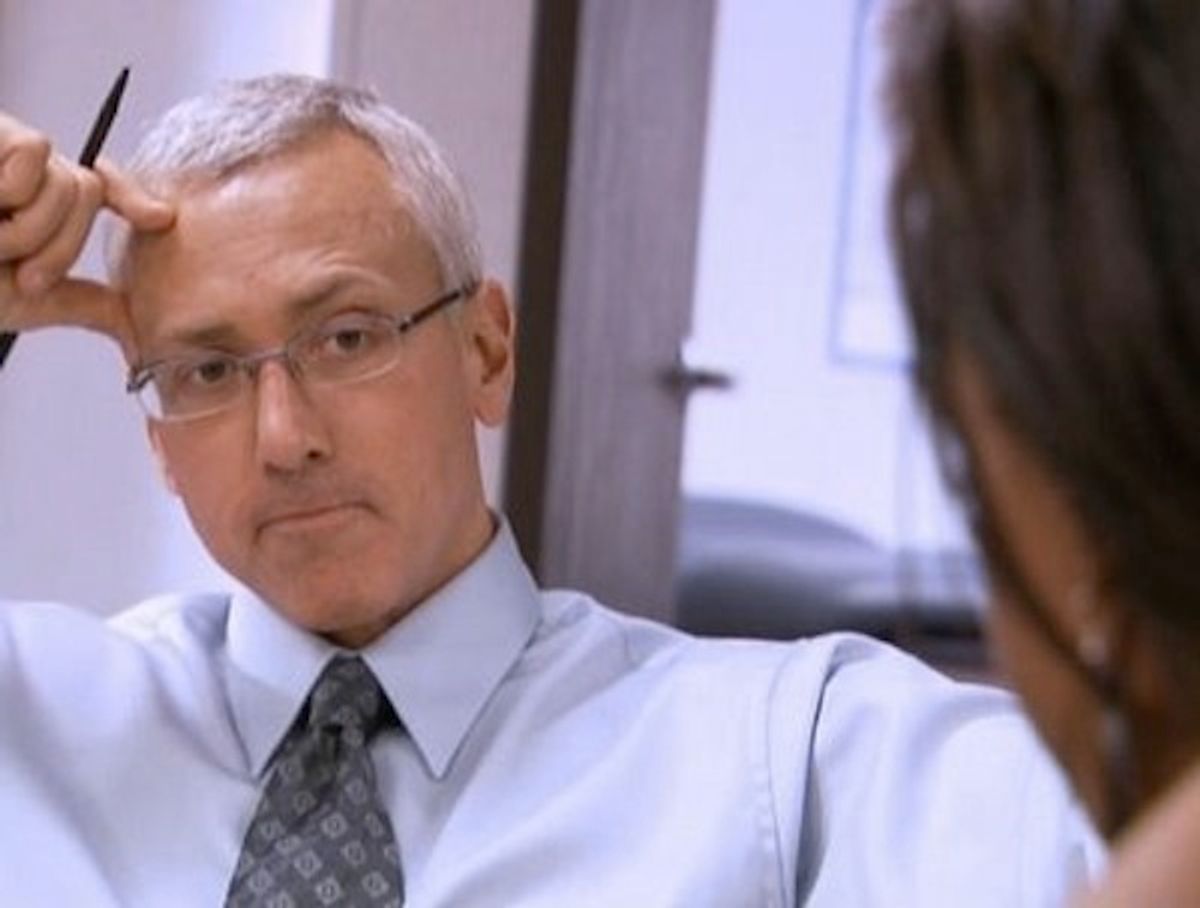 Dr. Drew: possibly not the worst part of "Celebrity Rehab."
--

When it comes to "Celebrity Rehab," I'm no Dr. Drew apologist. I think his VH1 reality "hit" is the definition of exploitive and the opposite of therapeutic: By Drew Pinksy's own words, his patients all suffered from celebrity narcissism, yet he claims to be helping them recover from drug, alcohol and various other addictions by putting them in front of a camera. He's essentially giving them Attention Crack while trying to wean them off the actual stuff.

And while the recent deaths of two of the show's alums isn't truly damning evidence (the drug and alcohol relapse rate in America ranges between 50 and 90 percent) it had the effect of turning the spotlight into a double-edged sword. His critics used Mike Starr and Jeff Conaway's overdoses to highlight how ineffectual Pinsky's program actually was, and suddenly the show's notoriety became its biggest problem.

But could "Celebrity Rehab" somehow work if the media-savvy Pinsky wasn't involved? That's the apparent hope of network executives, who have put the show on hiatus while Dr. Drew pursues other activities, like his program on HLN. (The official line is that he is now "too busy" to work on "Rehab," since commenting on the Casey Anthony trial is now considered a full-time job.)

In an exclusive interview over at TheFix.com, Dr. Drew's possible successor, Harvard psychiatrist Dr. John Sharp, talks about his work on the fifth season. But Sharp reveals himself to be even worse than Drew: he epitomizes what's wrong with "Celebrity Rehab," answering questions about the distraction of cameras during patient treatment as if he was auditioning for the role of Carl Jung in the new Cronenberg film.

The Fix: Is it difficult to do your job with the cameras on you?

It complicates things -- I mean, what happens if a patient of mine gets a little flirty with me on camera, how do I handle that?

How did you respond?

I said, “Look I can't do anything which is medically wrong, or potentially harmful” -- especially with the cameras rolling!' I mean -- what are you thinking? What are you doing to me?!

In Sharp's mind, the hardest part of being a televised drug counselor is when celebrities hit on you. I'm putting my money on that "flirty patient" turning out to be actress Bai Ling, who required a 911 call at the beginning of this season's filming when she allegedly threatened to jump off a roof.

While it's getting harder and harder to sympathize with the patients on "Celebrity Rehab" like Michael Lohan, Amy Fisher and White House gatecrasher Michaele Salahi (who was kicked off the program when Dr. Drew determined she wasn't actually addicted to anything), at least Drew had the common sense to at least pretend the show was about getting these people help and minimizing the three-ring circus that surrounded the B-to-F-listers. Sharp's interview has him coming off not as a disinterested medical professional, but as someone just as fame-obsessed and image-conscious as his patients. And while that may have been Dr. Drew's problem all along, at least he tried to convince us that his job was more important than his reputation.

You know it's a sad day when you have to root for Dr. Drew to come back, just to restore some order to his Frankenstein's monster of a TV show about fame, junkies and fame-junkies.