The hunt for an Obama scandal is on 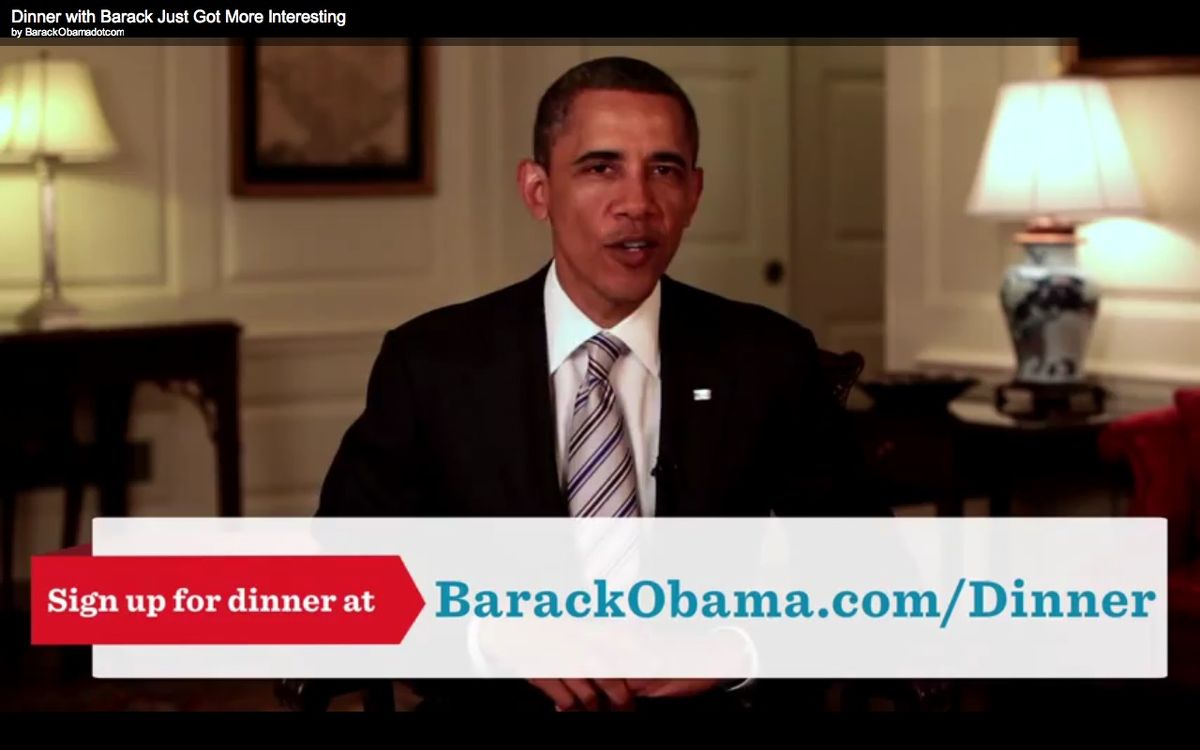 Issa, who has the power to issue subpoenas, suggests that Obama may be inappropriately using the White House for his 2012 campaign, mixing official and political activities.

"It's an ordinary oversight letter. In other words, we're not saying, 'You did terrible things.' We're saying, 'We have indication of this, please explain,' and that’s what the letter intends to do," Issa told Politico.

In particular, Issa has pointed to DNC meetings Obama attended with members of the business community (who are known donors) at the White House; the administration’s decision to provide access to White House officials -- possibly including the official chef -- to large donors; and a campaign video shot in the White House.

Issa's effort strikes some as politically motivated. A few weeks ago we noted potential problems with the fundraising video Issa is probing, in which Obama promotes a raffle to win dinner with the president and Joe Biden. An administration spokesman defended filming in the White House, since the footage only captures residential quarters (fundraising by federal employees in federal office buildings is prohibited, but the Department of Justice distinguishes residential rooms from the official rooms in 1600 Pennsylvania Avenue). Furthermore, Obama's predecessors, including George W. Bush, have used White House resources for campaign videos.

Perhaps more justified is Issa's probe into the DNC meetings held at the White House in March with Wall Street executives. Talking Points Memo reported last month on the Oversight Committee hearing in which a former Bush administration official testified about the DNC meetings, saying they "came close" to violating the Hatch Act (which prohibits federal employees in the executive branch of the federal government, except the President and the Vice President, from engaging in partisan political activity).

"If the DNC is setting up the meeting, that is a political meeting," former Bush official, Richard Painter, said. "I would never have agreed to have such a meeting going on in the White House... I think [the meeting] violates the spirit, if not the letter, of the Hatch Act."

At the time Politico noted that past administrations have held events arranged by their parties' committees: "In May 2001, for example, the Republican National Committee held a reception on the lawn of Vice President Dick Cheney’s residence for top party donors and other officials."

To this, Painter responded by saying that social events are different from meetings -- a distinction that may well come under further scrutiny in Issa's probe. However, Politico's Sherman notes:

The Obama activities targeted by Issa are hardly new. Top aides in previous White Houses were involved with reelection efforts in their spare time. Experts and lawyers have said publicly that all of what the Obama team is doing is above board, and a White House aide provided Politico with more than a dozen news clips and videos showing previous presidents using the trappings of the presidency in similar ways.

Issa wants documents and communications related to the DNC event and the White House video handed over to the Oversight Committee by July 26.