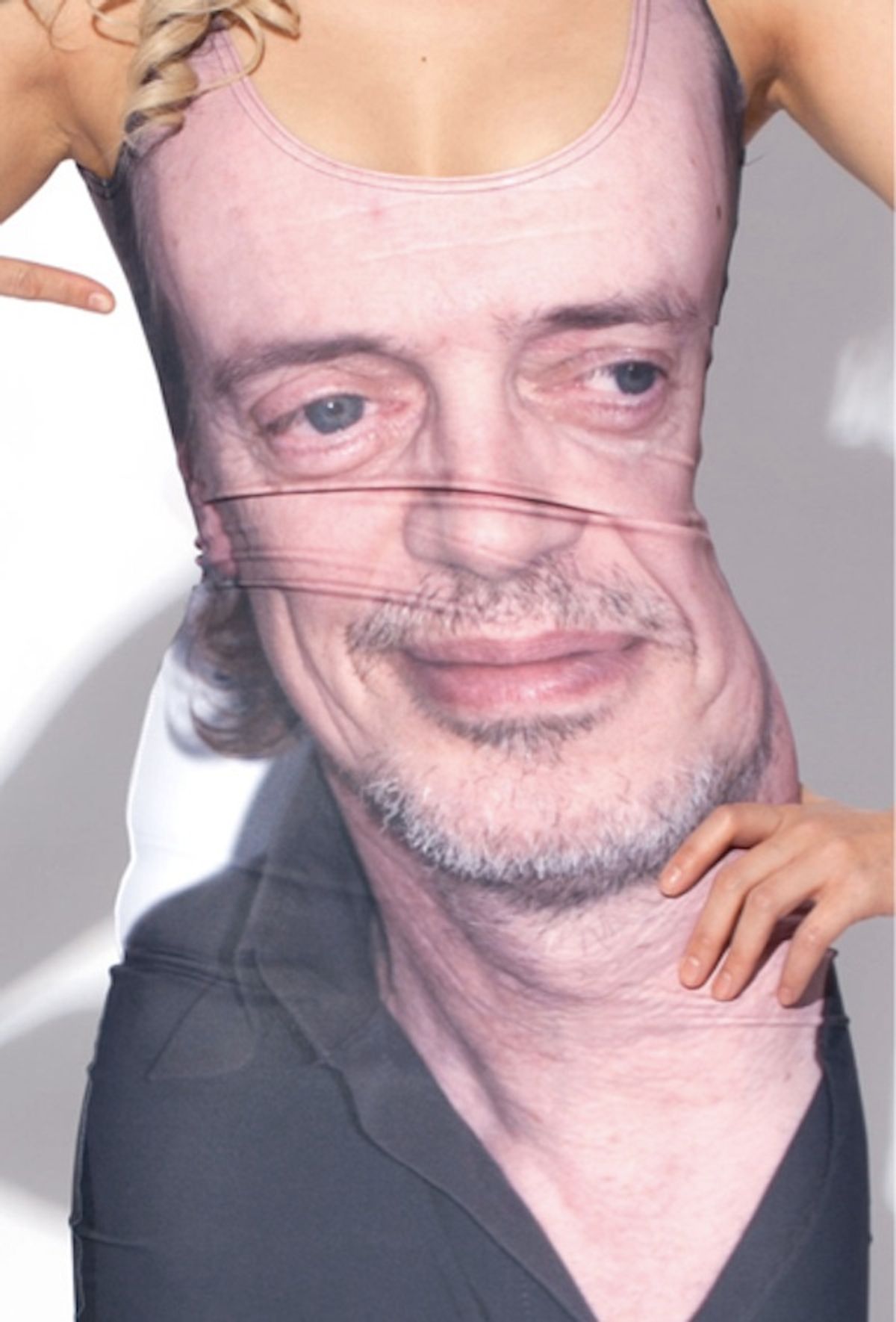 The Buscemi dress is so in this season.
--

1. Fixer-"Up"-er of the day: Yes, there's already been a home that floated away on balloons, but this house is an exact replica of the one from Pixar's "Up"! It's for sale in Utah for $400K, meaning that someone put that much time and energy into creating a life-size model of a cartoon home, only to put it right back on the market. And in this economy? Feh, forget about it.

2. Celebrity defense of the day: Kanye West, as explained by Justin Bieber:

"He’s not really an asshole like everyone makes him out to be. I mean, he can, he can do bad things, but he’s really generally a good guy."

"He can make bad decisions, you know, as well as everyone can," he added, "but generally I think he is a good guy."

Now you have Justin Bieber's word: Kanye is not an asshole; he just makes bad decisions. Like acting like an asshole.

3. Peer pressure of the day: David Letterman grilling Emma Watson last night about Daniel Radcliffe's drinking problem. When she didn't give up any juicy details, David turned on her, asking the actress if she's ever taken any controlled substances. So now we know that Hermione Granger has been very, very drunk. Once.

4. Pitchfork review reviews of the day: The website's editors list their top 60 music books. Did they run out of actual music to judge?

5. Outfit of the day: The Steve Buscemi dress, designed by James Lillis and going for $100 on Black Milk. At the very least, it's guaranteed to make you look more attractive in relation to what you're wearing… sort of like bringing  your homely friend to the bar so guys will think you are the better-looking one.