Why are Emily Deschanel and other moms-to-be taking heat for their meatless lifestyles? 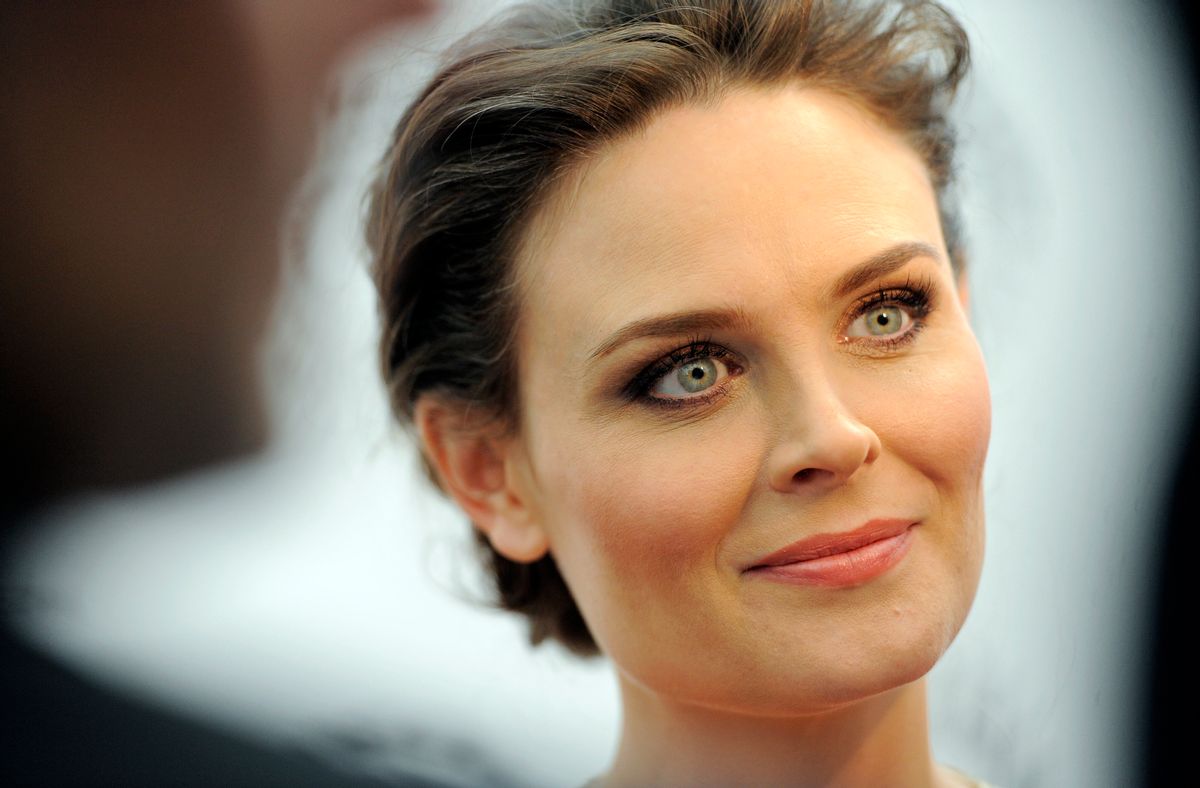 Emily Deschanel, a cast member in the television series "Bones," listens to a reporter's question after she arrived at "An Evening with Fox's 'Bones,'" Monday, May 9, 2011, at The Paley Center for Media in Beverly Hills, Calif. (AP Photo/Chris Pizzello) (Chris Pizzello)
--

The popular image of a pregnant woman features a big belly, a wide waddle and a ubiquitous pint of ice cream in her grip. But not all moms-to-be run on Ben & Jerry's.

In the August issue of the Ladies' Home Journal, "Bones" star Emily Deschanel talks about staying on the vegan path even as she prepares for motherhood, explaining, "Saying no to meat makes me feel stronger inside; I feel aligned with my morals and ethics. I still have to defend myself because people don't understand it. As a pregnant woman especially, people will say to me, 'You must eat meat and dairy.' You really have to tap into your self-esteem whenever people try to convince you you're making the wrong choice."

A woman's body -- and what she puts into it  -- are generally regarded as fair game for public speculation. Throw in a fetus and it's open season. But as some outspoken Hollywood vegans have negotiated their pregnancies, it's been clear that when you're eating for two, your choices become more complicated.

On her Kind Life vegan blog, actress Alicia Silverstone went public with her pregnancy earlier this year by running a three-part interview with experts Christina Pirello and Susan Levin on how to have a healthy vegan pregnancy and, subsequently, a healthy vegan baby, including what supplements to take and how to assure everybody's getting adequate protein, calcium and vitamin B12. She's continued to post since the birth of her son in May about other women's "kind" pregnancies and child rearing.

Natalie Portman, meanwhile, the woman who once equated meat eating with condoning rape, found during her recent pregnancy that "I was listening to my body to have eggs and dairy and that sort of stuff. I know there are people who do stay vegan, but I think you have to just be careful, watch your iron levels and your B12 levels and supplement those if there are things you might be low in your diet." It was, unsurprisingly, a move that was met with cries of hypocrisy and of moving "from one pretentious lifestyle to a slightly less pretentious one."

Which brings us to Deschanel, whose dietitian told People this week about the "nutrient-dense food" the actress noshes on – and whose story sparked instant debate in the comments between those who insist that "a vegan diet is not natural" and that "veganism is the new eating disorder," and those who insist that "meat eaters are just angry people." Seems like there's plenty of anger to go around on all sides.

It's clear that all three actresses, despite their ultimate differences, gave serious thought to both their ethical and nutritional needs during pregnancy. Growing a person and staying true to your values don't have to conflict, and every pregnancy, just like every baby, is different. And there's got to be room for flexibility, not just during pregnancy but five or 10 years down the road when a child starts piping up with his or her own dietary preferences. Though not everyone's needs or values are the same, as long as people keep conceiving, there will be plenty of onlookers around to debate a woman's right to choose -- or eschew -- cheese.