Don't click that link! How a rumor of the actor's demise turned out to be a malware scam ... again 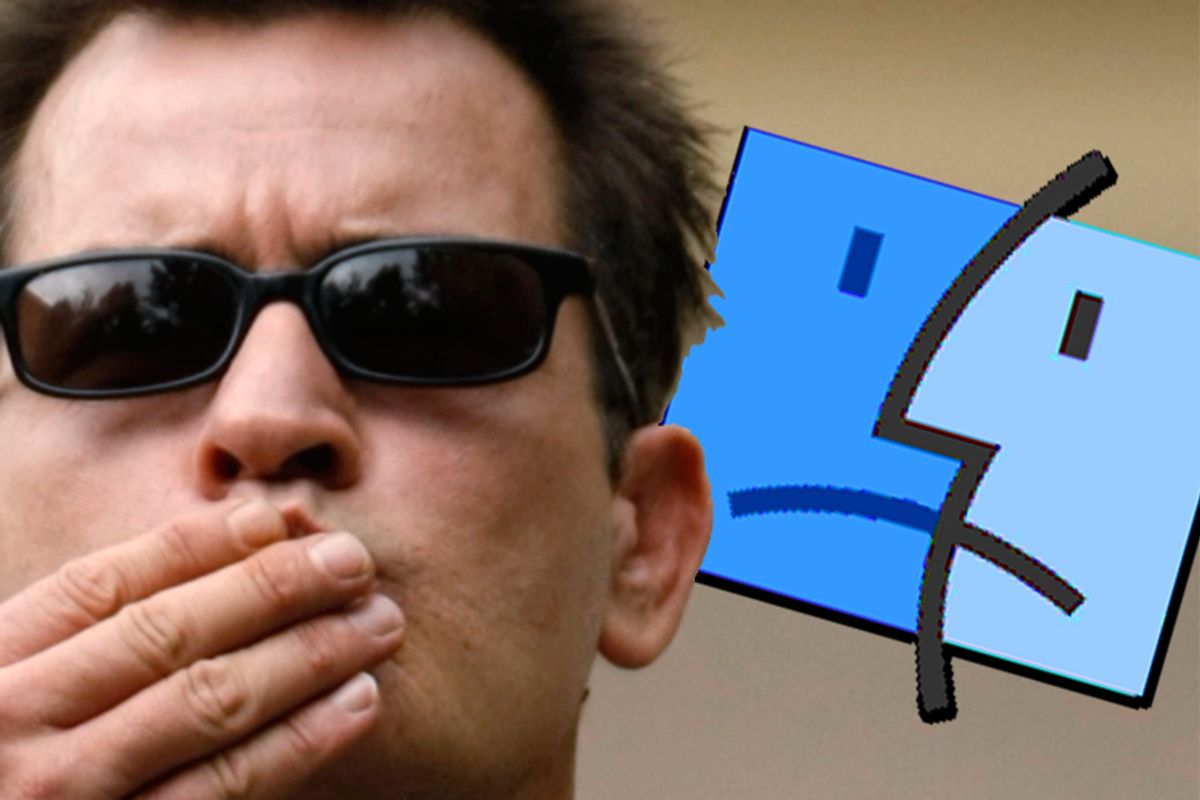 Charlie Sheen: the gift that keeps on giving. Sadly, herpes is no longer the only virus you can catch from the former "Two and a Half Men" actor: Now even reading about him can lead to an infection. You won't need penicillin, but this nasty computer bug uses your Facebook account to perpetuate itself and potentially install malware onto your hard drive. And this isn't even the first time this scam has worked or a Charlie Sheen death hoax has gone around.

How did this happen? Early today, stories began popping up on Twitter and other social-networking sites hinting at the actor's demise, with links promising "breaking news" on the event. To be fair, considering where we left the warlock, it wouldn't be unreasonable to wonder whether his winning luck had run out.

Fortunately for Sheen, he's not dead. He's just been taking a really long nap, according to a recent tweet from the actor's account.

Unfortunately, clicking that link from your friend's Twitter or Facebook page leads you to a site that looks exactly like YouTube. According to Mashable -- who wrote an article about this in March, when the virus was first discovered -- clicking on any part of this clone page causes the link to post on your own Facebook page, perpetuating the worm. And it doesn't end there:

Then, the user is asked to complete a survey before viewing the video, which adds a lead-gen layer to the click-jacking scheme. Finally, some folks are reporting being infected with malware after visiting the site, as well.

Mashable gives some good advice on how to protect yourself against these kinds of social-media bugs, but for those already infected, it's cold comfort. On the plus side, Charlie Sheen can rest easy tonight, knowing that the latest terrible event with his name attached to it doesn't involve his live show.