Jessica Alba isn't getting her pre-baby body back

The actress admits motherhood has changed her -- why can't more stars do likewise? 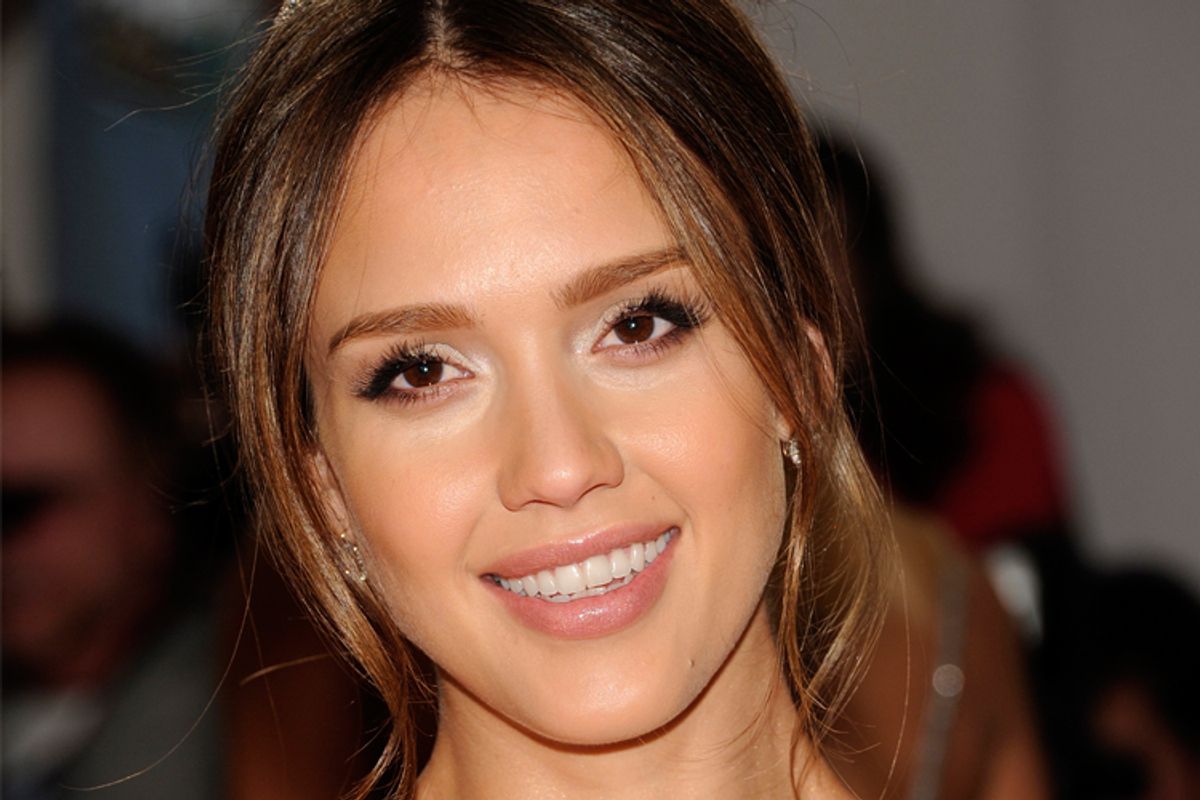 Jessica Alba is a woman whose body can be usually found in the dictionary under the word "rocking." But in a frank interview for the new issue of Allure, the actress, pregnant with her second child, admits that motherhood is a life-changing experience not just for a woman's heart but her booty as well. Or as she puts it, "It's a miracle what happens, but you definitely are different afterward."

It's not exactly headline news that pregnancy and childbirth do something to a woman – even a woman who has gained fame largely on the strength of her bikini-filling ability. But in a world where celebrities tend to celebrate the birth of their children by flaunting their abs on a magazine cover or a Victoria's Secret runway, it's almost pathetic how refreshing it is to have a famed sex symbol confess that "jeans just sort of zip up differently, and things hang differently" and that "'I can’t ever get down to the weight I was before I had [my daughter] Honor." That's right, fans, a woman just admitted there's a number on the scale she's not seeing again -- and she's all right with that.

Motherhood doesn't have to mean the end of looking or feeling great. If you're reasonably healthy and fit before a baby, odds are good you'll be reasonably healthy and fit afterward. But every time a magazine that's been slavering for months over a celebrity's "bump" turns around and blares about her POST BABY BIKINI BOD, it sends the message that the normal, natural process of recovering from birth, from nursing and nourishing a child, and from the very real and often permanent changes of pregnancy are but temporary obstacles, to be eradicated with extreme haste. It's unfortunate, because it doesn't consider the possibility of a new kind of beautiful. You're not the same after you have a child. You're not supposed to be. And that's a good thing. As Alba says, "I saw how incredible and amazing it is to be a woman and to be able to create a life ... According to some people, I peaked in my early 20s. I was like, Oh, really? I feel like I’m getting better."