What we can learn from lists 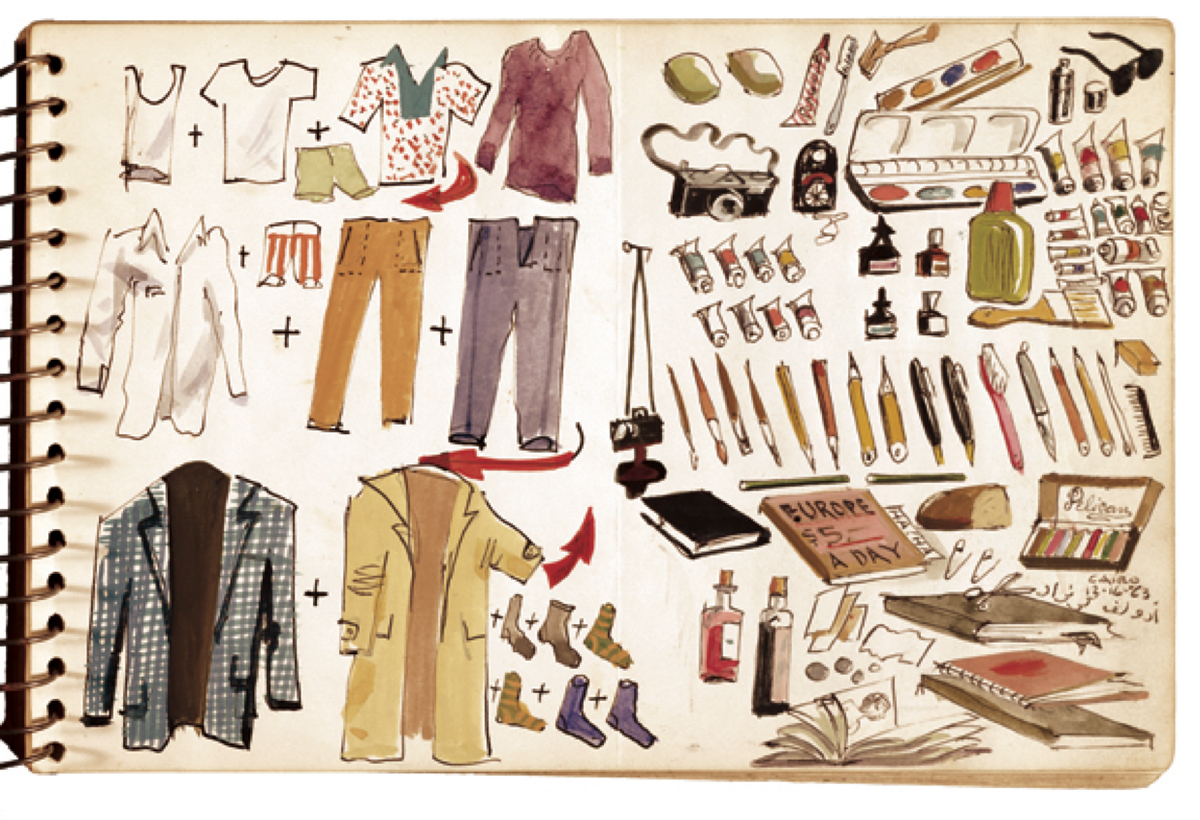 The Finnish-born architect Eero Saarinen once made a list of the positive attributes of his second wife, Aline Bernstein. Written around the time of their marriage, in 1954, it included "I -- First I realized that you were very clever," "VIII -- That you were fantastically efficient," and "X -- That you have a very very beautiful body." (This from the man who designed the TWA terminal at JFK, which shared the same qualities.)

In 1971, Vito Acconci, coping with his fear of flying, typed a list of instructions for what to do with his apartment should he die in a plane crash on a trip to Halifax. He left an envelope with a key to his apartment at the School of Visual Arts registrar's office and wrote, "4. In the event of my death, the envelope can be picked up by the first person who calls for it; he will be free to use my apartment, and its contents, any way he wishes."

For a school assignment in 1932, the designer Harry Bertoia put together "My-self Rating Chart," in which he listed 21 characteristics and rated himself from very poor to excellent. He got top marks in only Health, Neatness and Accuracy and scored low in Courage and Quickness of Thought.

Picasso, a list maker as well, scribbled down recommendations of artists he liked (Léger, Gris, "Ducham") for Walt Kuhn, the organizer of the 1913 Armory Show.

These lists and some 80 others make up the exhibition "Lists: To-dos, Illustrated Inventories, Collected Thoughts, and Other Artists' Enumerations" from the Smithsonian's "Archives of American Art," on view through Oct. 2 at the Morgan Library & Museum. The show exposes the inner OCD of some of the world's most celebrated artists and designers, from Alexander Calder's address book to Adolf Konrad's packing list. And then there are things that hardly seem like lists at all, such as Franz Kline's receipt for $274.51 from a Greenwich Avenue liquor store on New Year's Eve, 1960.

Because list making is a quotidian task, it's easy to overlook. But the exhibition uses it as a snapshot into artists' lives, showing what they were thinking about, what they thought they needed to do or buy or see. Most of the lists seem to have been private, and in their unselfconsciousness they reveal bits of whims, habits and mannerisms. For instance, we find out that Joseph Cornell, like many other New Yorkers, visited antiques fairs in search of odd trinkets: swan-shaped butter molds, wax figures, German miniature toys. Apart from the bottles, Kline bought corn flakes, bacon and toilet paper. We see, if we need to be reminded, that great artists and thinkers can't do everything -- some of the to-dos never got crossed out.

Liza Kirwin, the organizer of the show and the curator of manuscripts at the Smithsonian's "Archives of American Art," helpfully offers her own list of what she hopes the show will accomplish:

1. Inspire visitors to consider lists as first-hand accounts of our cultural history.

2. Provide insight into the list maker's personal habits and enrich our understanding of individual biographies.

3. Appeal to our curiosity for the private, personal and creative enumerations of some of America's most prominent artists.

Kirwin, who also wrote the book by the same name that turned into the Morgan show (Princeton Architectural Press, $24.95), has another, one-point list for evaluating it: "I think that any exhibition that makes you think differently about something is a success."

Plate 1, Inherent saturation spectrum" (undated), lists colors, diagramming their relationships and equating them to the signs of the Zodiac. Stanton Macdonald-Wright papers, 1907-1973.

All images courtesy of the Smithsonian Institution's Archives of American Art.