Alabama Republican: I will do anything "short of shooting" undocumented immigrants

Rep. Mo Brooks says he will do anything "short of shooting" undocumented immigrants 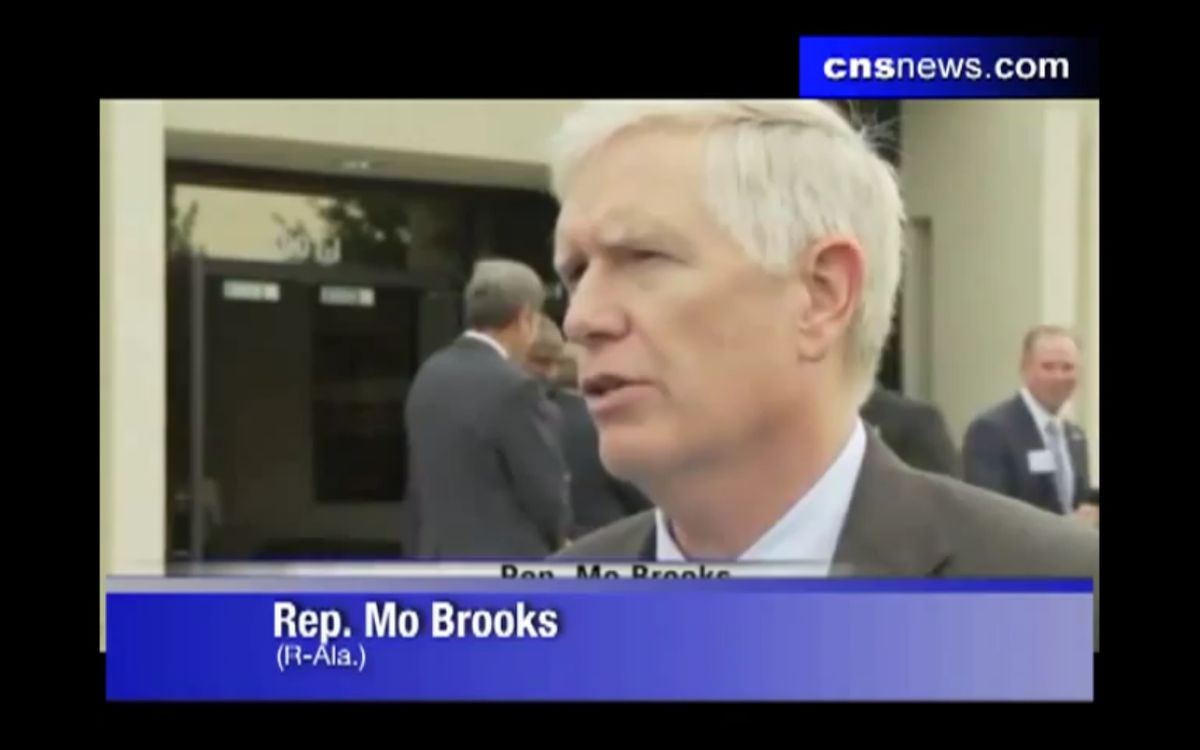 Alabama Republican Rep. Mo Brooks tells a local news station that he would do "anything short of shooting" undocumented immmigrants
--

Taegan Goddard picked up on a disturbing comment from Republican Rep. Mo Brooks to a local television station in Alabama:

"As your congressman on the House floor, I will do anything short of shooting them. Anything that is lawful, it needs to be done because illegal aliens need to quit taking jobs from American citizens."

During the same brief interview, Brooks also said that so many illegal aliens were in an Alabama jail because they had "victimized Americans."

Alabama Gov. Robert Bentley, a Republican, last month signed controversial legislation that makes the state's crackdown on undocumented immigrants one of the toughest in the country. As our own Justin Elliott wrote, "Like the Arizona law, Alabama's measure requires local police to check the immigration status of people who they believe may be in the country illegally. But it goes much further, establishing new requirements for checking the immigration status of students and potential tenants."

As the San Antonio Express News reported, Rep. Charlie Gonzalez, a federal representative from San Antonio, Texas, and chair of the Congressional Hispanic Caucus., spoke out against Brooks' violent rhetoric: "Words have consequences," Gonzalez said, and Brooks "chose irresponsible words that reflect a hateful, dehumanizing undercurrent in the discussion on immigration," he said.

Note: An earlier version of this story mistakenly described Charle Gonzalez as an Alabama state representative.