Fox's "The Five" off to slow, boring start

Glenn Beck's replacement not even worth getting outraged about 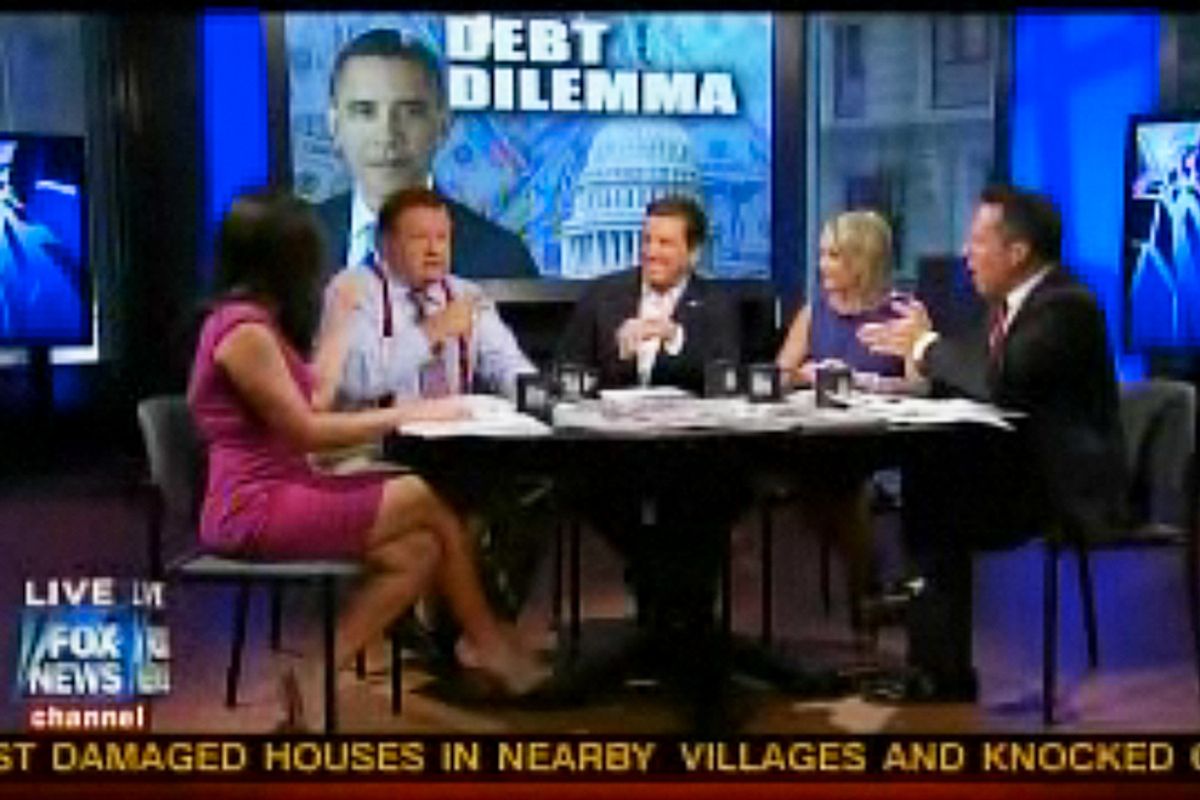 Glenn Beck left Fox because his show embarrassed everyone and made no money, and Fox wants to seem a bit more "responsible" in preparation for throwing their weight behind Mitt Romney in 2012, so they replaced "The Glenn Beck" show with a wacky panel discussion show called "The Five."

It's unfair to judge a brand-new daily television show after only a couple days, but "The Five" is boring and lame. And, shocker, the ratings suck. Especially in the youth demo, which Fox was clearly hoping to grab by having an irreverent, fast-paced panel show instead of another "scare your grandparents with spooky stories" hour hosted by some talk radio shouter.

Poor Greg Gutfeld, the former Huffington Post blogger, has been hosting a 3 a.m. talk show on Fox for years now, and Fox refuses to move his show to a time when people would actually watch it. Instead they just stuck him on this "Five" panel, allowing him to make his hack jokes during the daylight hours for a change.

I could tell this show was in trouble when I didn't receive a single Media Matters blast email alert about something awful that happened on "The Five" either Monday or Tuesday. Sure, MMFA covered it, but nothing was offensive or shameless enough to warrant causing a fuss. You think that's going to retain the Beck audience? Some sexist jokes?

I'm not holding out much hope for "The Five." But, you know, Alex Jones is probably available.