Is Queen Latifah coming out?

Her "Single Ladies" character gets candid -- but why is Her Majesty so silent? 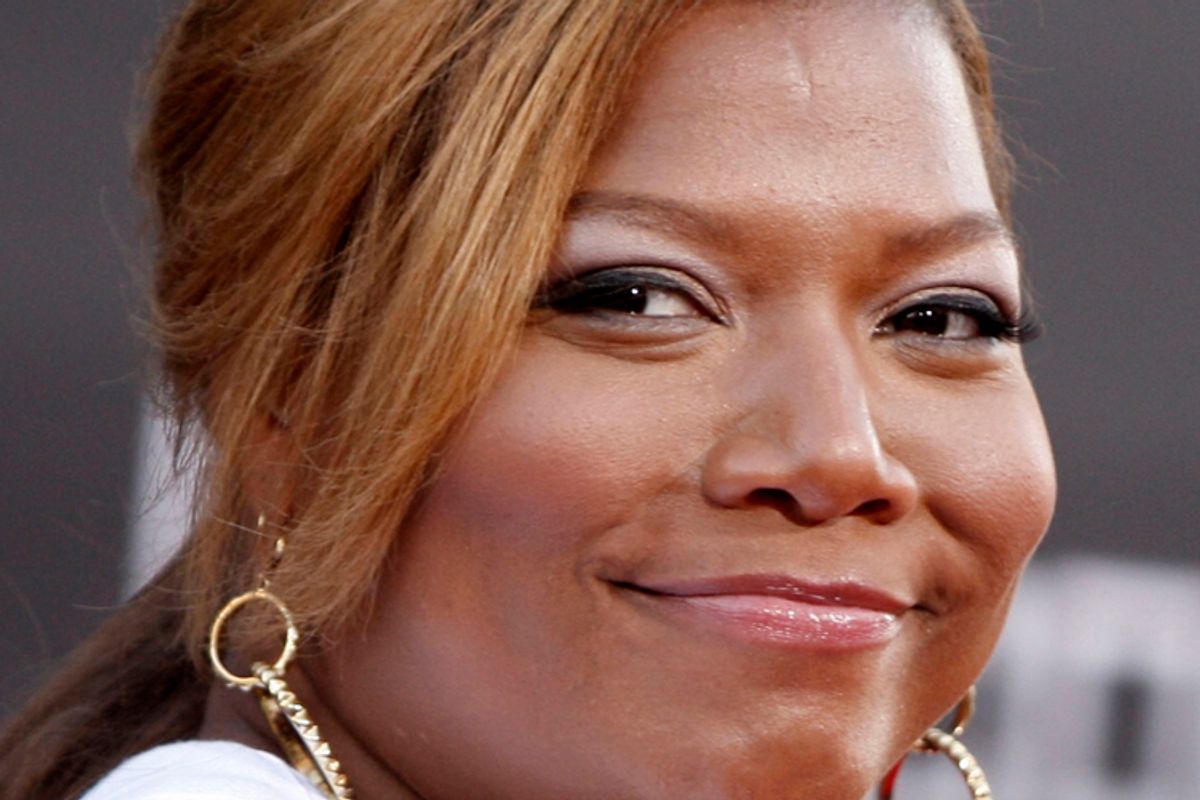 Is Her Majesty trying to tell us something? On an episode of VH1's "Sex and the City"-esque comedy "Single Ladies" this week, its producer Queen Latifah guest-starred as a television reporter with the romantic name Sharon Love. Wacky high jinx ensued when Love admitted on the air that she'd slept with Stacey Dash's character, Val, in college.

A little "I kissed a girl" dabbling as a comedic plot point -- preferably tied to a Very Special Guest Star -- isn't in itself revelatory. Remember when Winona Ryder showed up on "Friends" as Rachel's youthful makeout partner? Or when Alanis Morissette played spin-the-bottle with Carrie on "Sex and the City"? But Latifah's turn on "Single Ladies" seems particularly pointed. As she told TV Guide, "One drunken night something happened between them. And not to stir the rumor-mill pot, but I have no problem confronting things like that."

But the Oscar- and Emmy-nominated, Grammy- and Golden Globe-winning Miss Dana Owens has spent her long public life studiously not confronting "things like that." Though she's never made any show of dating men, she's also persistently dodged any point-blank acknowledgment of her sexuality.

In 2007, she gave a flat "no comment" when Ebony asked about long-standing rumors regarding her relationship with her trainer Jeannette Jenkins. "I'm done commenting on all that," she said. "It's ridiculous, I know me and that's all I need to know." And two years ago, she told Access Hollywood, "They want to make up stories and make me gay all the time and it's like, 'Keep running with it.' I’ve definitely been annoyed by it, but I learned a long time ago that it was pointless to say anything." But last year Just Jared published photos of Latifah and Jenkins embracing while on vacation together, and the Advocate reported that the two purchased a home together, with both names on the deed.

Everybody's entitled to a private life. But it'd be pretty sad if Tom Hanks ever said that any questions about Rita Wilson were "ridiculous," or if Julia Roberts declared that she was "done commenting" on Danny Moder. If you're lucky enough to have someone you can share a life and a home with, that seems like the sort of thing that should be celebrated, not shut down.

On "Single Ladies" this week, Latifah's character discovered when she accidentally outed herself that "being gay is fabulous. My Twitter is all atwitter. I have six new Facebook fan pages. And for every sponsor that's fallen out, I've gotten two more. Who knew? Being gay is the new black." Sounds like a dream come true. In real life, however, Latifah remains curiously circumspect. She told TV Guide this week, "There's no need to discuss it any further. But, hey, if [the tabloids] can have fun with me, I can have fun with them, right?"