Voters blame Bush more than Obama for the economy 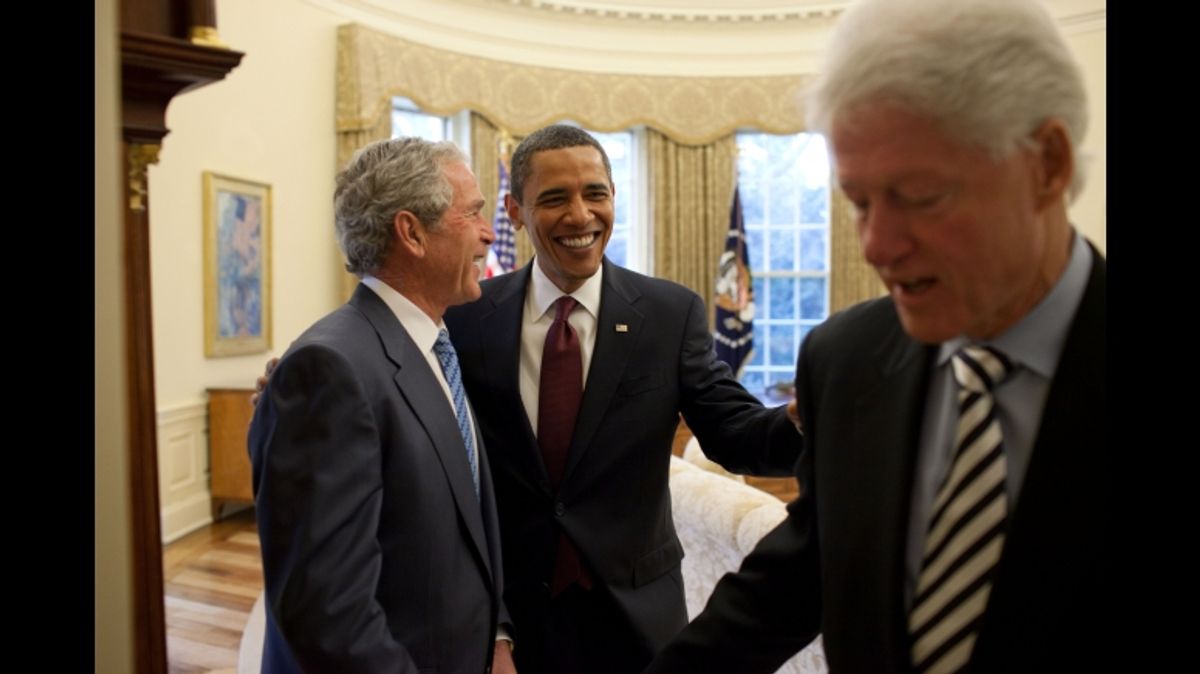 71 percent of respondents said they believe the country is in a recession, which is factually incorrect: The U.S. recession, which began in December 2007, technically ended in June 2009, not that it feels that way to most people. And to be sure, the economy would bottom out again in the unlikely event that the U.S. actually default on its debt.

Among those who do believe we're in a recession, 54 percent said it's primarily Bush's fault, compared to only 27 percent who blamed Obama.

Quinnipiac also found that 67 – 25 percent of respondents think that an agreement to raise the debt ceiling should include tax hikes for the wealthy and corporations, not just spending cuts.