What to watch instead of "Winnie the Pooh"

While the yellow bear makes a comeback on the big screen, his Soviet doppelganger Vinni Pukh deserves some love too 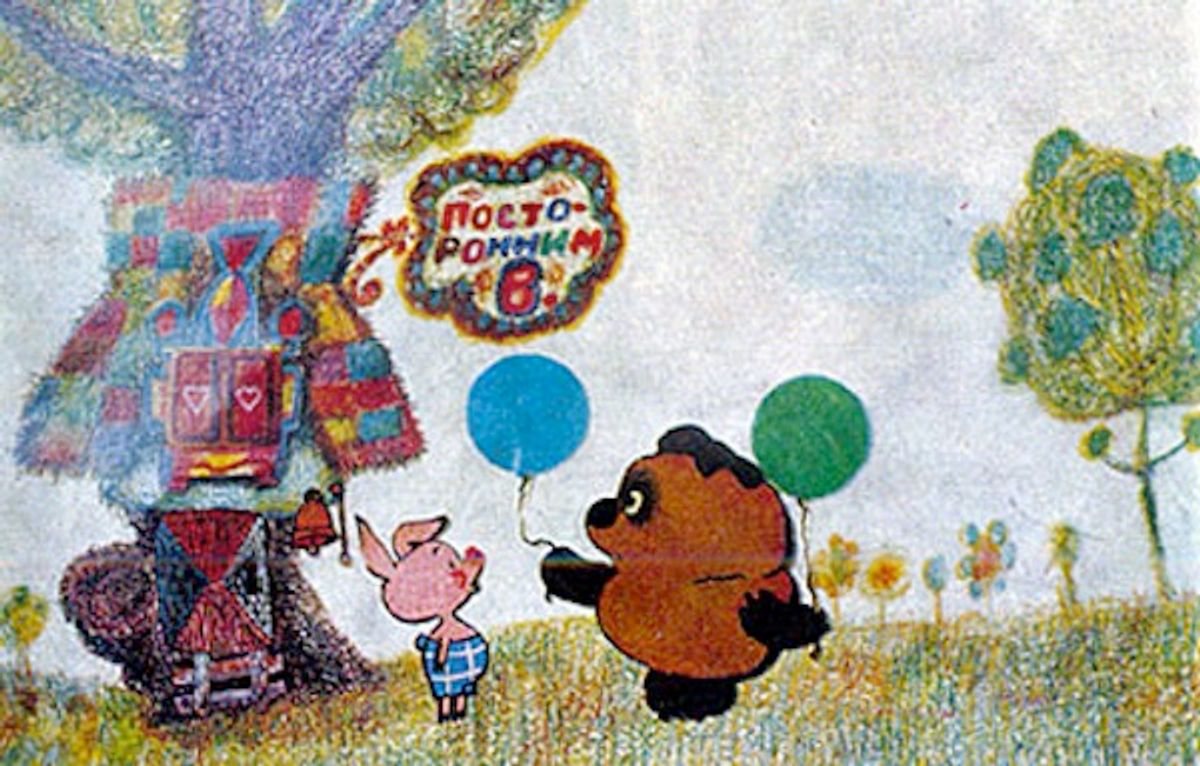 Vinni Pukh (or Vinni-Puh), the Soviet cousin of Winnie the Pooh.
--

With its totally un-Pixarlated look and nougaty nostalgia core, Disney's new "Winnie the Pooh" movie might be the perfect antidote for the summer 3-D blockbuster. Then again, do you really want to pay $12 for a film whose main appeal is that it feels old? Not to get all Eeyore on you, but I'd just as soon fork over my money for something I haven't seen before. (Which also rules out the new "Transformers," with its reused fight sequences.)

I know I'm not the intended audience for "Winnie the Pooh," and by all rights, it looks like a very cute picture. But if you're looking for a more far-out interpretation of A.A. Milne's children's classic, check out the Soviet-era "Vinni Pukh" cartoons (sometimes translated as Vinnie-Puh), a trilogy of Russian shorts based on Boris Zakhoder's translation of "Winnie the Pooh."

Not only does Pukh-Pooh look and talk like an Ewok, but the world he inhabits is beautifully sketched out in smudged colored pencil, giving you the sensation that you are actually watching animated characters walk around the illustrated landscape of a children's book.

Episode One: " Winnie the Pooh "

Episode Three (in two parts): "Winnie the Pooh and a Day of Care"

For any native Russian speakers out there: How well does the translation hold up? Do you prefer Vinni Pukh, or the American Pooh?