The 51-year-old actor and his child bride go on "Good Morning America" to show how in love they are. It backfires 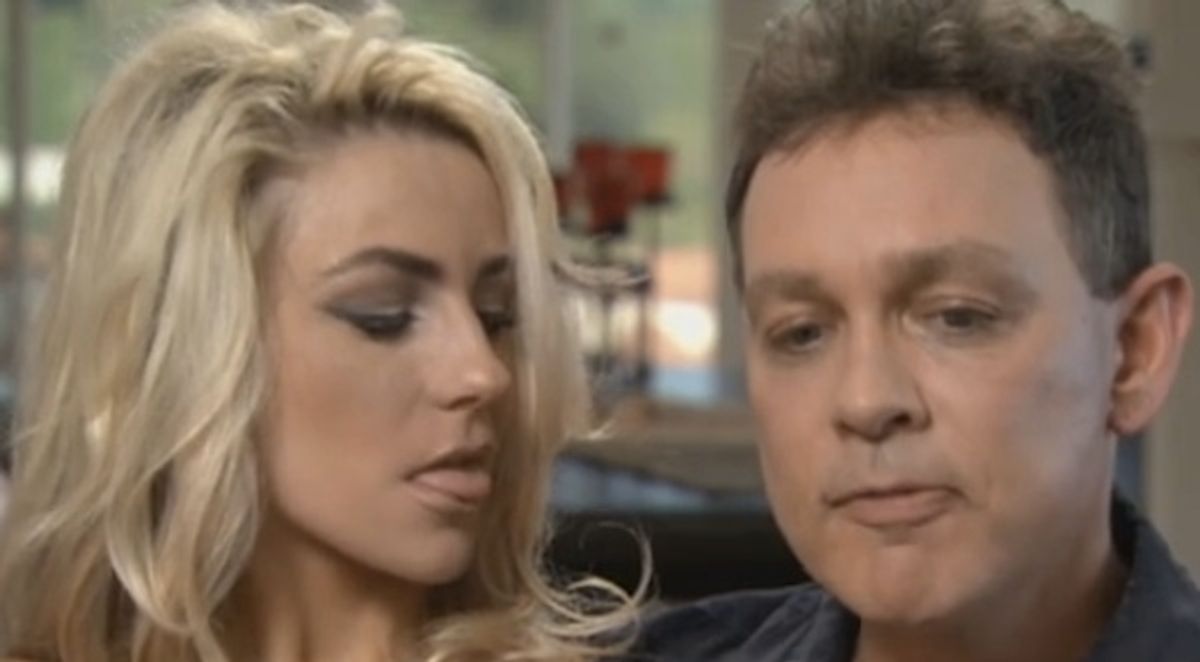 There is an awkward moment (just one?) during today's "Good Morning America" profile with Doug Hutchison and his wife, Courtney Stodden, when Lara Spencer just puts it out there. "There is that joke: 16 will get you 20 [years in jail]," say the interviewer. Hutchison, who starred in "The Green Mile" and played Hector on "Lost," seemed to mull this over before replying "16 will get you 20 ... if you're doing something illegally."

Doug married the aspiring country singer last month, and when Us Weekly picked up the story, it became an overnight media scandal. You'd almost feel bad for these two -- who really did do everything by the book to make sure their marriage was legit and had the blessing of her parents -- until they started using this uncomfortable nuptial announcement to get more media attention. It would be one thing if they were looking for privacy, out from under the public eye. But Courtney's got a singing career that she evidently thinks her 51-year-old husband can help her with, and there's a reality show they're trying to pitch. Besides, how else can they show the world how sacred their love is unless they go on TV and talk about it?

Below, the video from today's interview, along with the five most cringe-worthy moments from the whole affair.

1. Doug saying he was unaware of Courtney's age when she first hit on him. On the Internet. Which is where they fell in love.

2. Courtney telling the world that she's an old soul. And hasn't had any plastic surgery. And was a virgin until her wedding. She's just, like, the perfect Christian.

3. Courtney's mom's response to Doug: "I can feel my daughter's love for you. I can feel it inside of my heart." Doug is older that Courtney's father.

4. The part where they jokingly talk about how he's a pedophile and her parents are pimps and she's a whore. Ha ... ha?