"Life, Above All": Hope amid Africa's AIDS epidemic 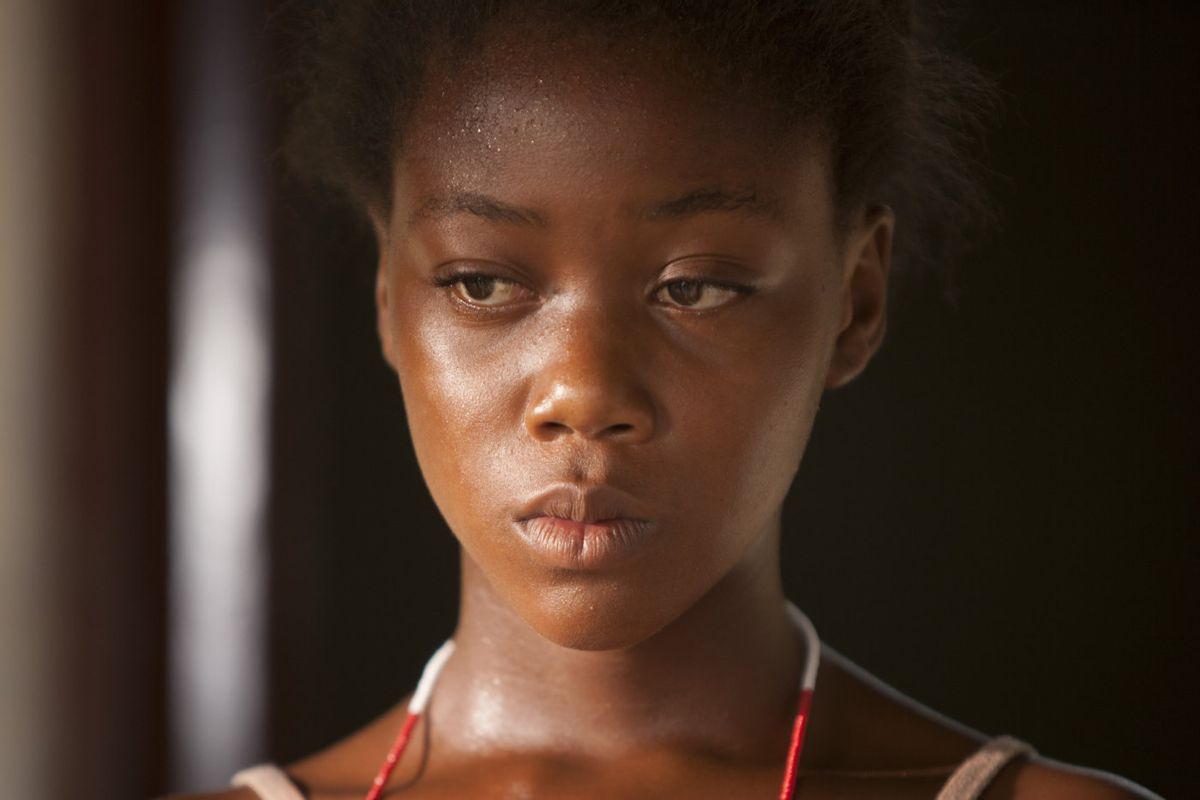 Khomotso Manyaka in "Life, Above All"
--

No doubt you need some sugarcoating to get ordinary moviegoers to focus on something as seemingly dire and desperate as the AIDS epidemic in Africa, and Oliver Schmitz's new film "Life, Above All" (which played to standing ovations at its 2010 Cannes premiere) nicely splits the difference between ethnographic realism and melodramatic uplift. There's a faint but distinct National Geographic flavor to this international production -- Schmitz is a white South African who now lives in Germany, and the film was financed in Europe and based on a Canadian novel -- but the all-African cast is superb and the setting highly convincing.

Shot largely in the Sepedi language in a remote South African town called Elandsdoorn, "Life, Above All" follows the difficult adolescence of Chanda, played by the amazing first-time actress Khomotso Manyaka, a lovely young woman with a sober, centered manner. After her infant sister dies of an unknown illness, Chanda begins to understand that her mother, Lillian (Lerato Mvelase), is also getting sick and that no one in Elandsdoorn wants to talk about it honestly. Their neighbor, Mrs. Tafa (the impressive Harriet Manamela), who owns both a television and a telephone and serves as the village's main conduit of information, seems suspiciously devoted to developing cover stories for the baby's death and Lillian's absence.

Things rapidly go from bad to worse: Lillian's on-and-off boyfriend Jonah (Aubrey Poolo), who is apparently the dead child's father but not Chanda's, shows up deathly ill and full of bitterness, literally dumped from a cart in the family's front yard. Chanda's best friend Esther (Keaobaka Makanyane), a barely pubescent girl, gives up on school and starts turning tricks in a truck stop. Then there's the taciturn and puritanical Aunt Lizbet (another terrific performance, by Tinah Mnumzana), who arrives after a long bus ride, largely to complain about her aches and pains and declare that the whole thing is God's judgment and entirely to be expected.

It's the indomitable Chanda, determined to hold what's left of her family together, rescue Esther and defy the implacable Mrs. Tafa and the hostile villagers, who stops the whole thing from becoming utterly depressing. For example, because Chanda can read, she recognizes that a so-called doctor who proposes to treat her mother is in reality a salesman for expensive nutritional supplements. She also knows from her schooling that there is medicine that can help people with HIV, although whether you can actually get it in a place like Elandsdoorn is another matter.

"Life, Above All" is trying to send a message of hope about an epidemic that has killed millions and will probably kill millions more, and while that's a tough sell it's probably a worthy one. Improving education and healthcare in Africa, even incrementally, might produce Chandas by the hundreds of thousands, young people with the tools and resources to lift themselves and their loved ones out of dire peril. I certainly hope that's true, and Schmitz's straightforward and handsomely made movie effectively carries the message that poor people in a faraway village most of us will never know about, let alone see, live their lives with dignity and complexity and shape their own destinies as best they can.

"Life, Above All" is now playing in New York and Los Angeles, with wider release to follow.