Could James Murdoch possibly be next? 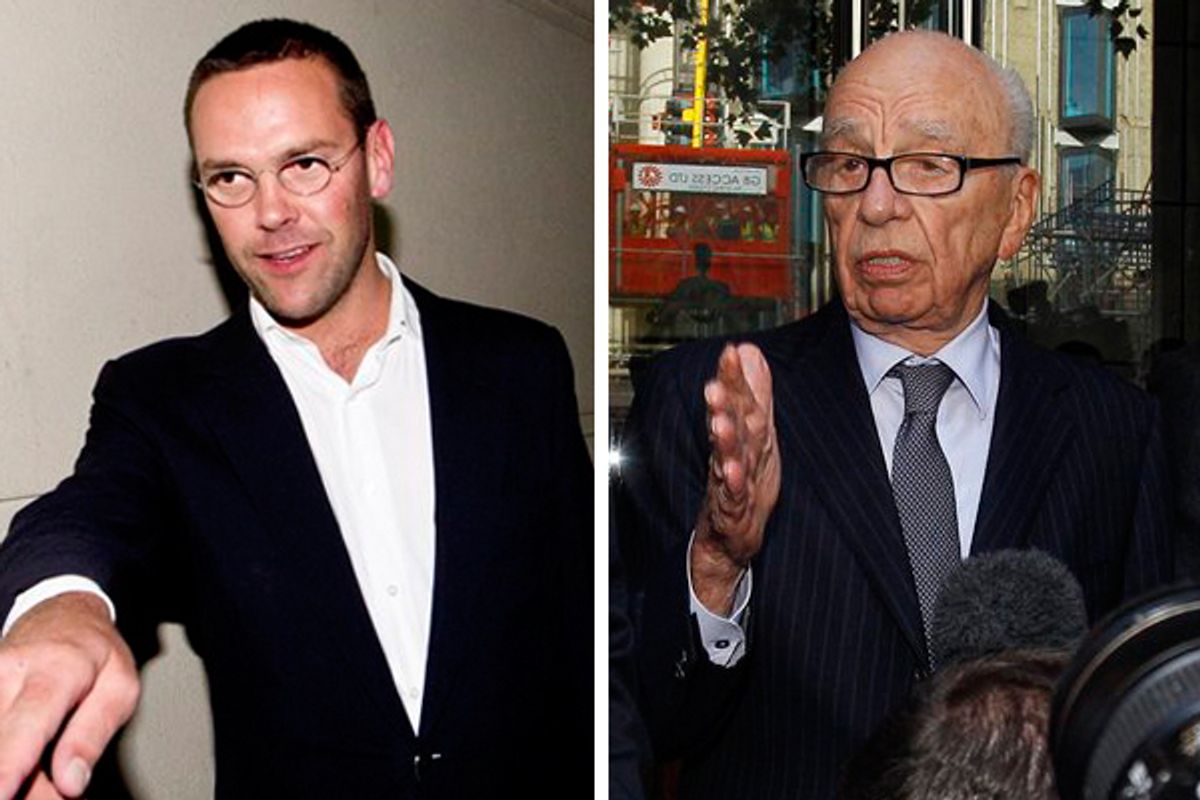 Rebekah Brooks, the head of News International, the U.K. newspaper arm of Rupert Murdoch's media empire, finally resigned today, because she was in charge of News of the World when it was hacking everyone in Britain. Les Hinton, head of Dow Jones & Co. and publisher of the Wall Street Journal, has resigned, too. Hinton worked for Murdoch for 50 years, so this is something of a Big Deal. There are some very sad memos from Hinton and Murdoch, if you're interested.

Hinton is resigning because it's pretty clear that he lied to Parliament, as part of a News Corp. coverup. (Or, you know, if he wasn't actively part of a coverup, he's an incredibly incompetent executive who was completely unaware of widespread unethical behavior at his newspapers.)

So, some time after the worst offenses took place, after having obviously covered them up and lied about how extensive the hacking was, Murdoch is now very belatedly "making things right," because News Corp. got caught. Murdoch is making longtime executives resign, taking out full-page apology ads in British papers, and he even met with the family of one of the murdered girls whose phones were hacked by News of the World, to apologize personally.

Murdoch will do whatever it takes to ensure the survival of News Corp., and no executive is safe. Maybe not even executives named Murdoch! The Guardian says James Murdoch, Rupert's son and current heir apparent, is not receiving a lot of praise for his handling of the scandal thus far. He authorized a crooked-looking payout to a victim, and investors and shareholders in News Corp. do not seem very confident in James Murdoch's leadership. (Some people seem to think giant publicly traded media companies should not be managed like royal houses, weirdly.)

Rupert will probably accept the resignation of every other News Corp. executive before he forces his son out. We'll see what happens when everyone testifies before the parliamentary committee.