The dangerous myth of "Friends With Benefits"

Why the bang-buddy narrative is harmful to our culture 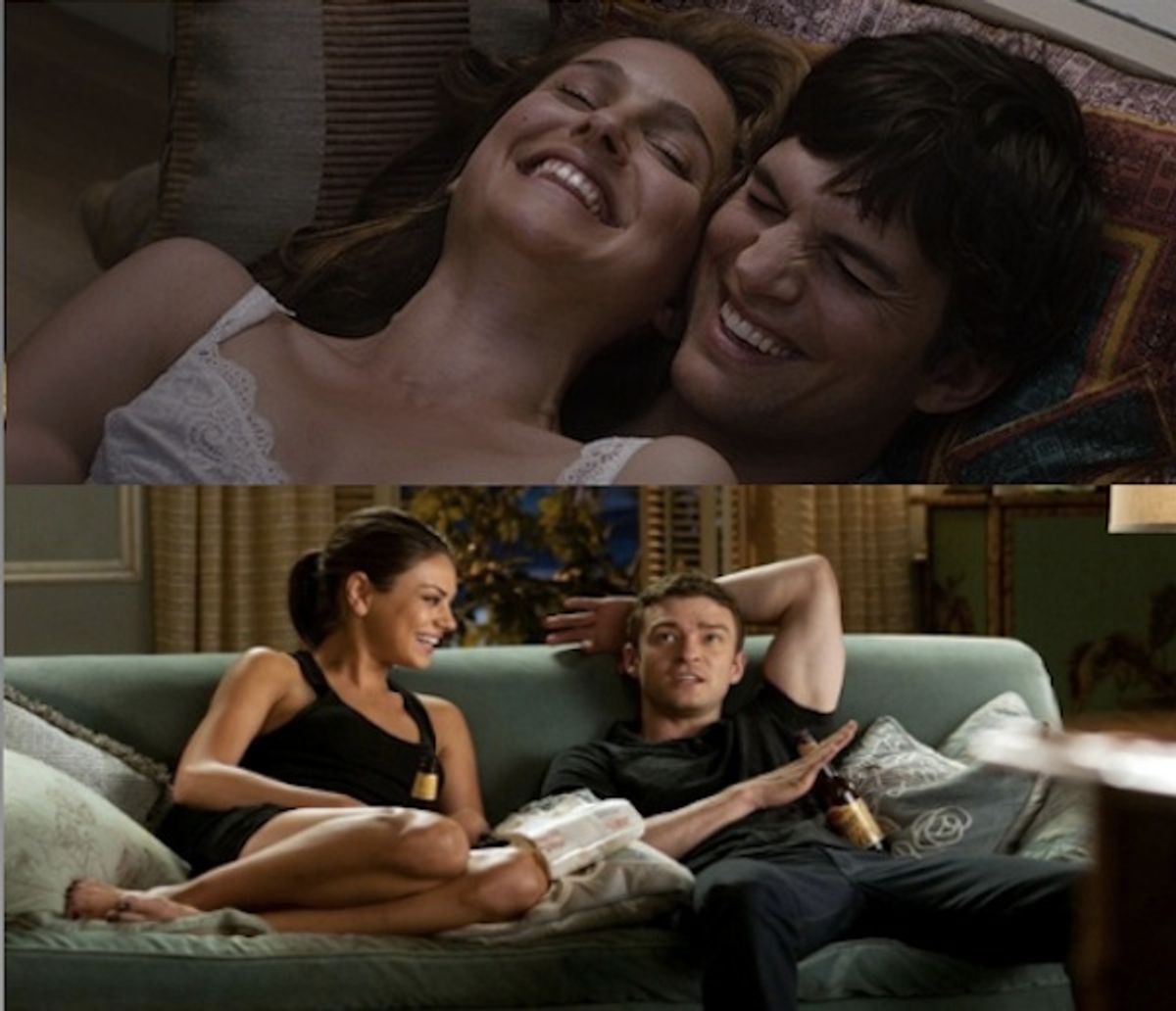 In Chuck Klosterman's book "Sex, Drugs, and Cocoa Puffs," his opening essay talks about how John Cusack ruined his relationship. In fact, Chuck says, Cusack's to blame for a whole generation of women thinking that they should be able to find their soul mate -- that all-consuming love of their lives -- in the nice guy next door. This is, in the author's mind, a media contrivance of "fake love" that we've all bought into.

This always struck me as kind of a hollow argument: Why not the nice guy over the jock or prom king? Why shouldn't the underdog, the best friend, get his chance to prove how romantic he could be?

Luckily, these types of questions are no longer an issue in Hollywood films. With movies like "No Strings Attached" and the new (almost identical) "Friends With Benefits," it turns out you can have the best of both worlds -- the buddy and the Adonis -- provided you're willing to pretend for a while that your relationship is purely sexual.

It's a concept similar to the Cusack effect: falling for the guy who has always been there for you. But in both "Friends" and "No Strings," the emphasis isn't on the romance. It's about the bang-buddy, the casual use of sex as a way to get gratification without putting in any effort. These characters aren't looking for love. They don't have time for it!

On the surface, this completely subverts the '80s John Hughes notion that what we want most in the world is romance to sweep us off our feet. For millennials, we just want a guy with the body of Justin Timberlake who will bring over Chinese food and watch "The Office" with us, thus confirming our independence while getting everything out of a relationship except the emotional component. Intimacy? Who needs it, right? Look at all our friends on Facebook!

Except we aren't so far from the era of Cusack and Ducky (poor Ducky!) as we'd like to think. Watching Natalie and Ashton or Mila and Justin, we already know that the obstacle that will stand in their way is feelings. Inevitably, one person is going to start to confuse having sex and hanging out all the time with having a relationship (even though both parties had specifically agreed not to do that!). They will put all their cards on the table, and they will be rejected. And after some bumpy terrain, the characters will end up together, either as a couple or connecting at a deeper emotional level than before.

Somehow, this media narrative is even more dangerous than the one Klosterman wrote about in 2003:

"[The problem with] the mass media is that it makes it impossible to fall in love with any acumen of normalcy. There is no "normal," because everybody is being twisted by the same sources simultaneously: You can't compare your relationship with the playful couple who lives next door, because they're probably modeling themselves after Chandler Bing and Monica Geller. Real people are actively trying to live like fake people, so real people are no less fake. Every comparison becomes impractical."

It's even worse now, because Hollywood has recycled two almost identical pitches, not on the "best friends fall in love" scenario of "When Harry Met Sally," but on a more contemporary (and therefore more "real") equivalent of two friends who end up having sex with each other because they are young and bored and why not? (This is how we all think, by the way.)

Since it's movie magic, of course these couples fall for each other, but in real life, the "friends with benefits" scenario is one of the quickest ways to end a friendship, precisely because one person ends up feeling differently. Usually, "friends with benefits" is a misnomer anyway, since these are not the people you'd be spending your time with if you weren't having sex with them.

To me, promoting the false hope that having sex with a friend will make him or her fall in love with you is a hundred times more dangerous than all the Lloyd Doblers in the world.