Can Obama pull a Clinton on the GOP?

He sees a winning model in Clinton's post-1994 comeback -- but in this economy, it might be tough 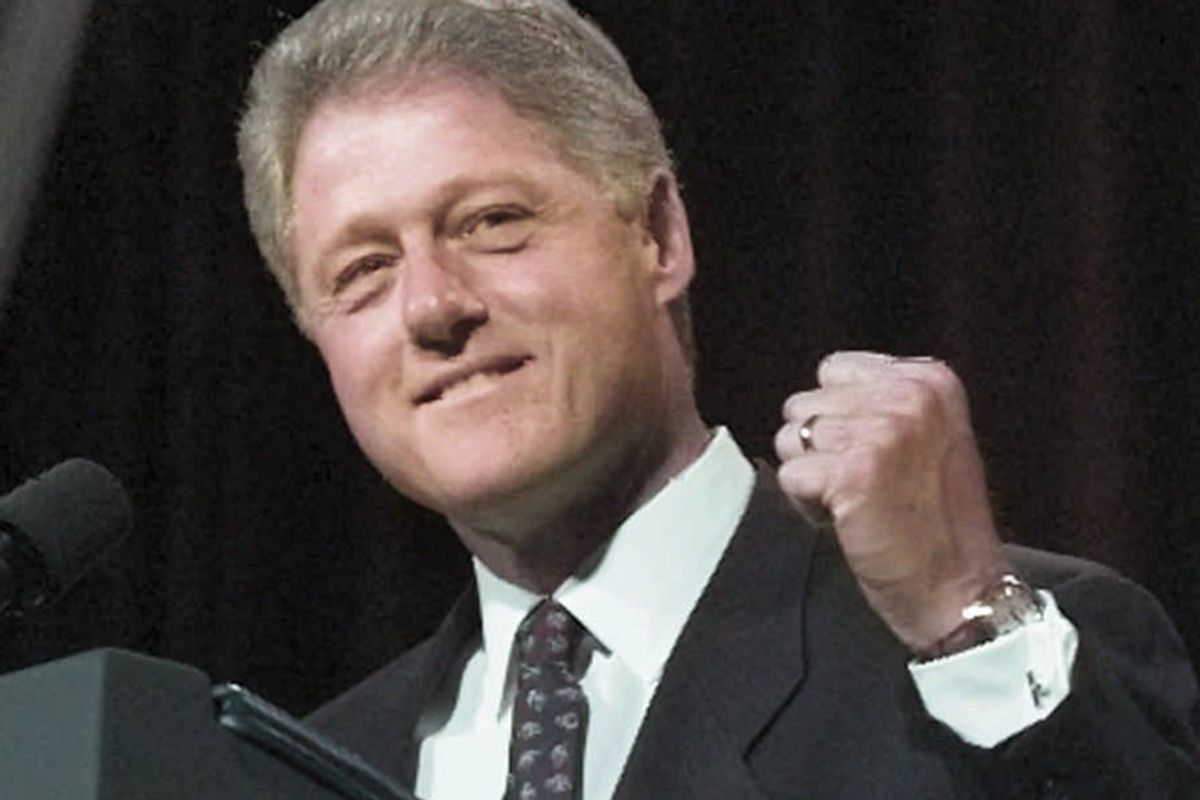 This was originally published on Robert Reich's blog

After a bruising midterm election, the president moves to the political center. He distances himself from his Democratic base. He calls for cuts in Social Security and signs historic legislation ending a major entitlement program. He agrees to balance the budget with major cuts in domestic discretionary spending. He has a showdown with Republicans who threaten to bring government to its knees if their budget demands aren't met. He wins the showdown, successfully painting them as radicals. He goes on to win re-election.

Barack Obama in 2012? Maybe. But the president who actually did it was Bill Clinton. (The program he ended was Title IV of the Social Security Act, Aid to Families with Dependent Children.)

It's no accident that President Obama appears to be following the Clinton script. After all, it worked. Despite a 1994 midterm election that delivered Congress to the GOP and was widely seen as a repudiation of his presidency, President Clinton went on to win re-election. And many of Mr. Obama's top aides -- including Chief of Staff Bill Daley, National Economic Council head Gene Sperling and Pentagon chief Leon Panetta -- are Clinton veterans who know the 1995-96 story line by heart.

Republicans have obligingly been playing their parts this time. In the fall of 1995, Speaker Newt Gingrich was the firebrand, making budget demands that the public interpreted as causing two government shutdowns -- while President Clinton appeared to be the great compromiser. This time it's House Majority Leader Eric Cantor and his Republican allies who appear unwilling to bend and risk defaulting on the nation's bills -- while President Obama offers to cut Social Security and reduce $3 of spending for every dollar of tax increase.

And with Moody's threatening to downgrade the nation's debt if the debt limit isn't raised soon, Republicans appear all the more radical.

So will Barack Obama pull a Bill Clinton? His real problem is one Mr. Clinton didn't have to contend with: a continuing terrible economy. The recession in 1991-92 was relatively mild, and by the spring of 1995, the economy was averaging 200,000 new jobs per month. By early 1996, it was roaring -- with 434,000 new jobs added in February alone.

I remember suggesting to Mr. Clinton's then-political adviser, Dick Morris, that the president come up with some new policy ideas for the election. Mr. Morris wasn't interested. The election will be about the economy -- nothing more, nothing less, he said. He knew voters didn't care much about policy. They cared about jobs.

President Obama isn't as fortunate. The economy remains hampered by the Great Recession, brought on not by overshooting by the Federal Reserve but by the bursting of a giant housing bubble. As such, the downturn has proven resistant to reversal by low interest rates. The Fed has kept interest rates near zero for more than two years, opened the spigots of its discount window, and undertaken two rounds of quantitative easing -- all with little to show for it.

Some in the White House and on Wall Street assume the anemic recovery will turn stronger in the second half of the year, emerging full strength in 2012. They blame the anemia on disruptions in Japanese supply chains, bad weather, high oil prices, European debt crises, and whatever else they can come up with. These factors have contributed, but they're not the big story.

When the Great Recession wiped out $7.8 trillion of home values, it crushed the nest eggs and eliminated the collateral of America's middle class. As a result, consumer spending has been decimated. Households have been forced to reduce their debt to 115% of disposable personal income from 130% in 2007, and there's more to come. Household debt averaged 75% of personal income between 1975 and 2000.

We're in a vicious cycle in which job and wage losses further reduce Americans' willingness to spend, which further slows the economy. Job growth has effectively stopped. The fraction of the population now working (58.2%) is near a 25-year low -- lower than it was when recession officially ended in June 2009.

Wage growth has stopped as well. Average real hourly earnings for all employees declined by 1.1% between June 2009, when the recovery began, and May 2011. For the first time since World War II, there has been a decline in aggregate wages and salaries over seven quarters of post-recession recovery.

This is not Bill Clinton's economy. So many jobs have been lost since Mr. Obama was elected that, even if job growth were to match the extraordinary pace of the late 1990s -- averaging 300,000 to 350,000 per month -- the unemployment rate wouldn't fall below 6% until 2016. That pace of job growth is unlikely, to say the least. If Republicans manage to cut federal spending significantly between now and Election Day, while state outlays continue to shrink, the certain result is continued high unemployment and anemic growth.

So Mr. Obama's challenge in 2012 has nothing to do with Mr. Clinton's in 1996. Most Americans care far more about jobs and wages than they do about budget deficits and debt ceilings. Even if Mr. Obama is seen to win the contest over raising the debt limit and succeeds in painting Republicans as radicals, he risks losing the upcoming election unless he directly addresses the horrendous employment problem.

How can he do this while continuing to appear more reasonable than Republicans on the deficit? By coming up with a bold jobs plan that would increase outlays over the next year or two but would credibly begin a long-term plan to shrink the budget. To the extent the jobs plan spurs growth, the long-term ratio of debt to GDP will improve.

Elements of the plan might include putting more money into peoples' pockets by exempting the first $20,000 of income from payroll taxes for the next year, recreating a Works Progress Administration and Civilian Conservation Corps to employ the long-term jobless, creating an infrastructure bank to finance improvements to roads and bridges, enacting partial unemployment benefits for those who have been laid off from part-time jobs, and giving employers tax credits for net new hires.

The fight over the debt ceiling will be over very soon. Most Washington hands know it will be raised. Political tacticians know President Obama will likely appear to win the battle, and his apparent move to the center will make Republicans look like radicals. But the Clinton script will take the president only so far. If he wants a second term, he'll have to come out swinging on jobs.