An enigmatic disease named "nodding syndrome" is crippling children across the new country, but no one knows why 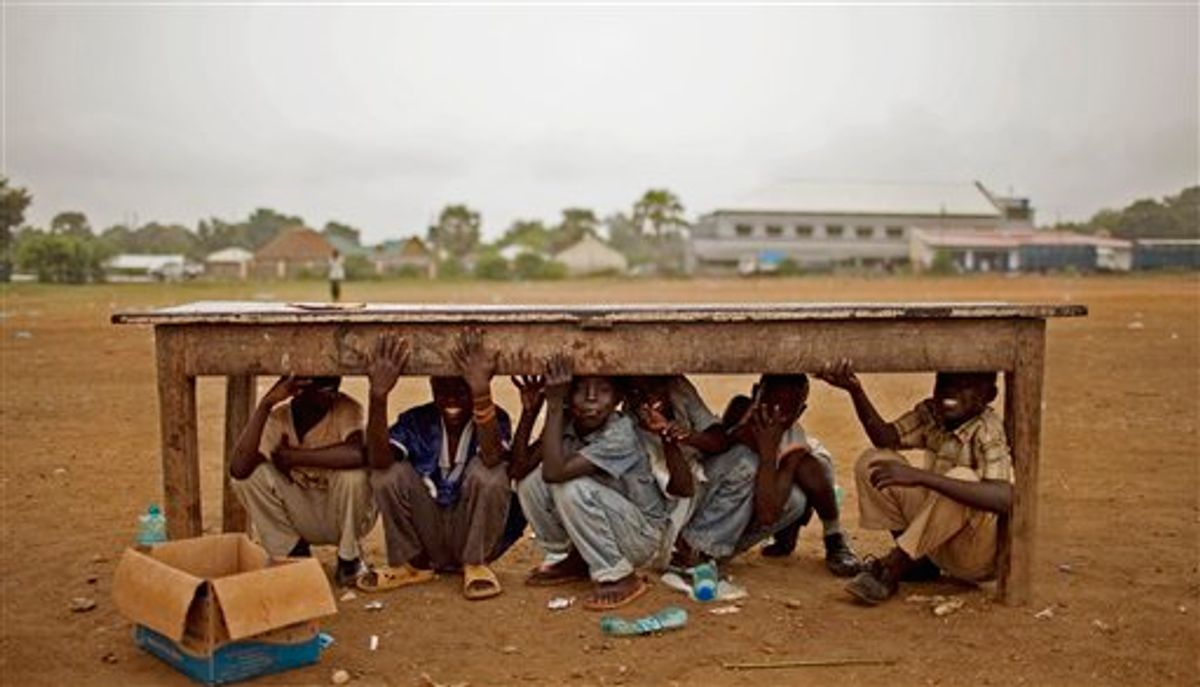 Rural villages in the newly liberated African nation of South Sudan are struggling to cope with a relatively new and little understood illness called "nodding syndrome." The disease, first identified in 1962, has been popping up with increasing frequency in the past few years, afflicting thousands of children across three African countries (the other two being Uganda and Tanzania) with severe neurological and physical symptoms. But scientists can't conclusively say much about the ailment. Nature magazine published a fascinating, and frightening, portrait of the disease this week that explores both its mysterious origins, and South Sudan's limited means for combating it.

Nodding syndrome exclusively afflicts children -- usually between the ages of 5 and 15 -- inhibiting "both physical growth and cognitive development," according to Nature's Meredith Wadman. The malady is most clearly visible in the eponymous seizures it causes: "Abnormal brain activity causes a brief lapse in neck muscle tone, causing the head to fall forwards." In short, victims freeze up, except for their bobbing heads, sometimes for seconds, sometimes longer.

The episodes reportedly strike most often while eating, or as a result of cold temperatures; and, once they start, the health of the victim can dramatically decline. Because the act of chewing triggers seizures, victims can begin to experience malnutrition. Physically, they deteriorate. And life expectancy often shortens considerably. EEG scans reveal that the disease corresponds to severe neurological symptoms such as "brain atrophy and damage to the hippocampus and to supportive brain cells known as glia."

Research on and treatment for the disease have been confounded by a number of factors, not least of which being that nobody actually knows what causes it or how it spreads. Scientists once postulated that onchocerca volvulus -- a parasite responsible for river blindness -- might be involved, noting that a number of Ugandan children with nodding syndrome also tested positive for that disease. But no such correlation appeared in a recent study of Tanzanian victims. Other hypotheses have likewise proven fruitless. (A group of CDC scientists, meanwhile, will test the theory that vitamin deficiency causes the disease later this year.)

But the lack of a scientific consensus isn't the only roadblock to treatment. Just as big a challenge is the sorry state of medicine in South Sudan. Al Jazeera has noted that public health in the new country is "in disarray," as medical facilities struggle to meet the needs of patients even in the country's more populous areas. Malaria, gastroenteritis and pneumonia, three preventable diseases, are endemic, owing to "poor sanitation and healthcare" in the capital city, Juba. Doctors are overworked, undersupplied and cash-strapped, and the nascent government, though it has plans to overhaul healthcare in the country, is in no position to provide immediate relief. Eighty percent of medical assistance in the country is currently provided by international aid groups, according to Doctors Without Borders, and some reports say that 75 percent of people have no access to even basic healthcare.

"Many South Sudanese in rural areas have to walk for days to reach a clinic," notes Al Jazeera.

With the healthcare apparatus in disrepair, possibly for decades to come, there are concerns that the country's doctors could soon find themselves overwhelmed by the "emerging medical threat" that is nodding syndrome. Martin Opoka, a World Health Organization epidemiologist based in Cairo, told Nature that there's little hope for the new South Sudanese government to confront the issue on its own, and urges global action: "Nodding syndrome cannot be left with the nascent government in South Sudan. They will certainly need assistance from the international community."