Cain: Communities "have a right" to ban mosques 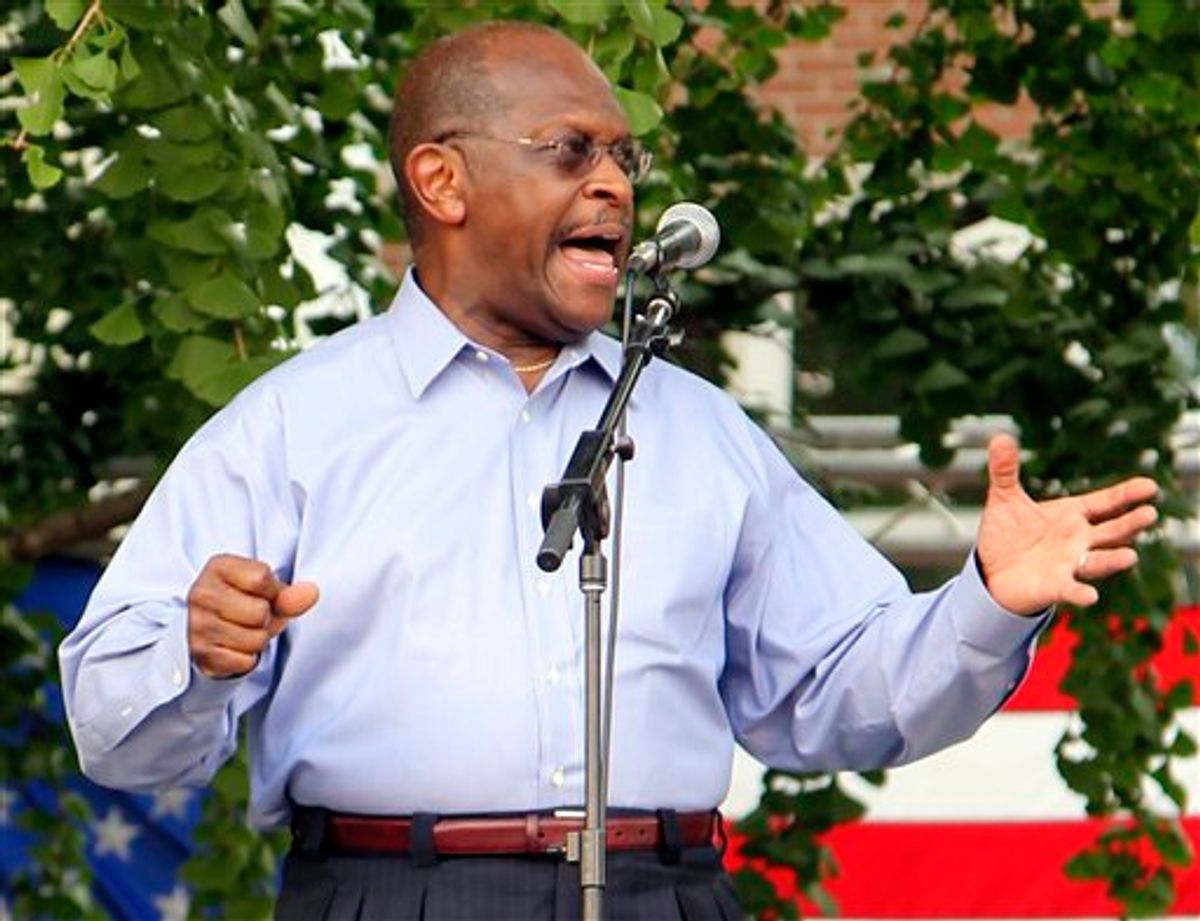 Republican presidential candidate Herman Cain speaks at a campaign rally in Murfreesboro, Tenn., on Thursday, July 14, 2011. Cain told reporters afterward that he opposes a planned mosque that has been the subject of protests and legal challenges. (AP Photo/Erik Schelzig) (AP)
--

Republican presidential hopeful and pizza mogul, Herman Cain, said Sunday that all communities "have a right" to ban Islamic mosques.

Appearing on Fox News Sunday, Cain reiterated his support for the opposition in Murfreesboro, Tennessee, to the the building of a new local Islamic center. (Signs on the site where the Islamic center is planned have been graffiti-ed with the words "Not Welcome.")

Cain claimed his views were not discriminatory from a constitutional standpoint: "Our Constitution guarantees separation of church and state. Islam combines church and state," he told host Chris Wallace. Cain suggested too that the mosque supporters were "trying to get" Shariah.

Our own Justin Elliott noted on Friday, after reviewing the Islamic center's website, that contrary to Cain's claims, he saw "no compelling evidence that there is any kind of 'abuse of freedom of religion' or sneaking of 'Shariah law into our laws' associated with this project."

He noted too that last year the Department of Justice filed an amicus brief arguing that, contra the claims of opponents to the Murfreesboro Islamic center claim, Islam is a religion, and that to deny construction permits to the mosque would violate basic principles of freedom of religion.

Watch Cain argue that any community should be able to ban a mosque below, via Mediaite: