Is this latest viral video a sign that the trend's gone stale ... or raising the bar for future applicants? 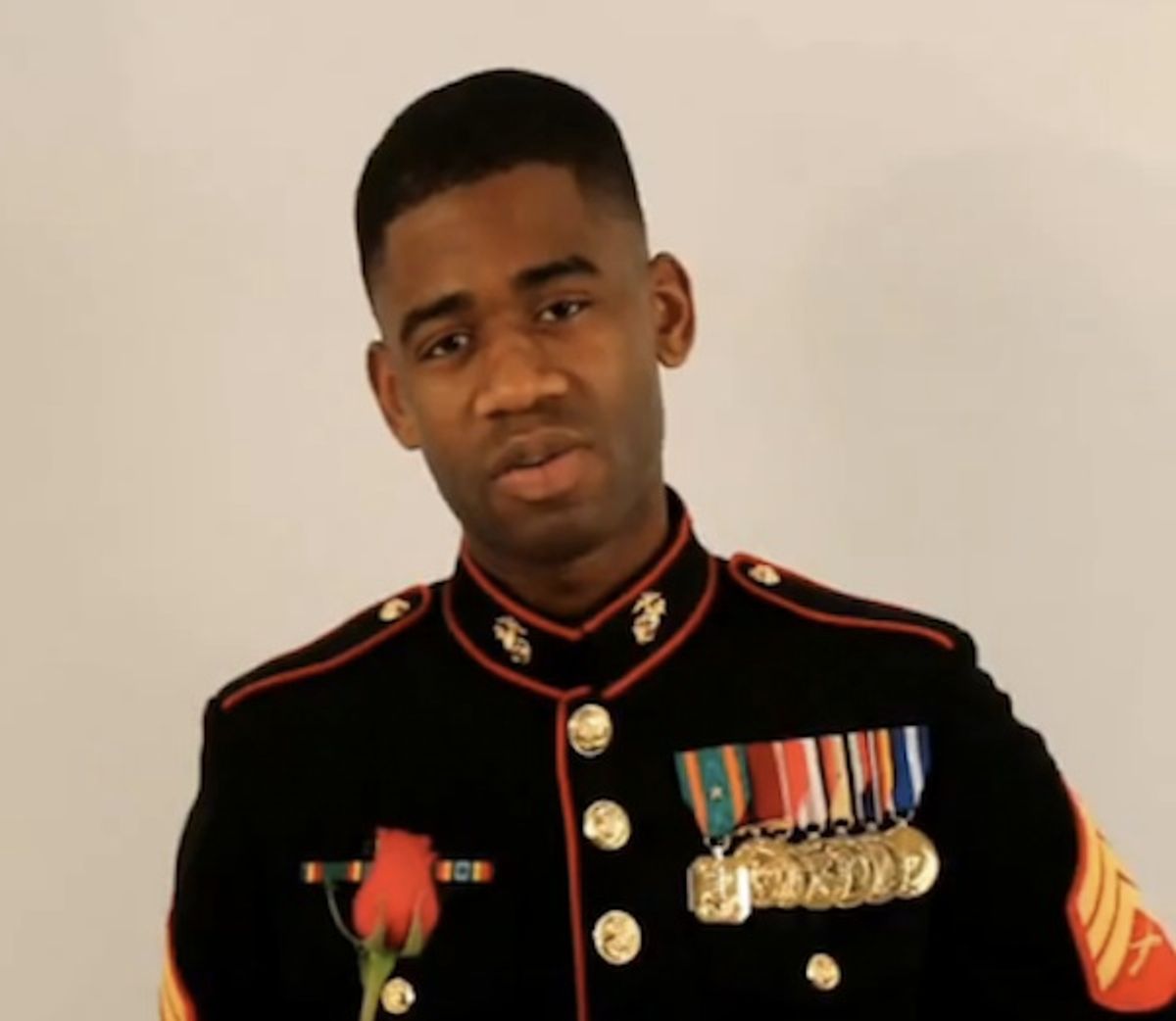 Sgt. Ray Lewis asks Betty White to be his date.
--

It's amazing that in just one week we've reached the cultural tipping point for Marines asking out celebrities via YouTube.

It was only seven days ago that Mila Kunis was put on the spot to accept Sgt. Scott Moore's YouTube proposal to be his date to the Marine Corps Ball. "Do it for your country," urged "Friends With Benefits" co-star Justin Timberlake, who promptly received his own Internet invitation from Cpl. Kelsey De Santis. So how do you extend the life of a meme? Of course -- add Betty White.

On Friday, the Golden Girl was invited to the Ball by Marine Sgt. Ray Lewis, a veteran of Afghanistan and Iraq. Also, he's a rapper.

Now there are two ways to react to this video. You can lament how quickly quirky Internet trends become mainstream as soon as they get any media attention (both Moore and De Santis had their 15 minutes of Web fame last week). Or you can view Lewis' offer -- clearly the funniest and most well-crafted of the Marine invites -- as the new standard for hopeful servicemen and -women looking to bring a celebrity to the North Carolina gala.

(Actually, I'm sure there are more ways to think about this, like wondering whether all celebrities, especially those promoting new movies about casual sex, must now automatically say yes to dates with strangers on the Internet, as long as the strangers are serving our country.)

Personally, I'd like to think of Lewis' invitation as something like a creative challenge: Step it up, YouTube videos! Right now, there are probably hundreds of dateless Marines addressing videos to Natalie Portman or Robert Pattinson. But the tricky part with something going viral is that it has to be either novel or clever to catch on. Since it's no longer an original stunt to ask out any celebrity, the Marines will have to tap into their inventive side to make their videos stand out and catch the public's attention.

Hopefully, this will lead to a sort of White House Correspondents Dinner-type situation, in which celebs are paired up for the evening with the applicant who put the most effort into getting them there.