A death, a mystery bag, a coverup and a dinner party argument 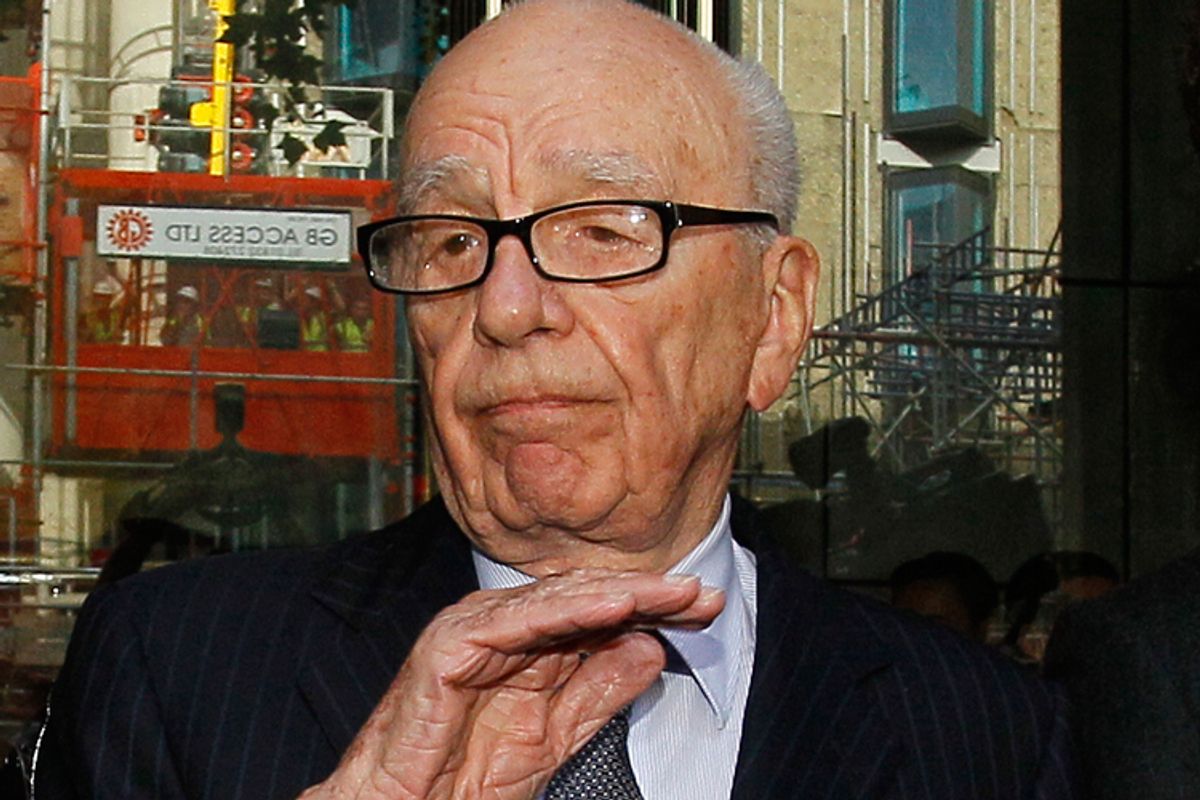 So here's what's new since I last wrote about News Corp., a couple of hours ago:

Police found a "mystery bag" containing a computer, paperwork and phone in a trash can near the home of former News International head Rebekah Brooks. Her husband insists the mystery objects belong to him and have nothing to do with the phone-hacking case. We ... shall see?

Former News of the World reporter and phone-hacking whistle-blower Sean Hoare turned up dead at his home. "The death is currently being treated as unexplained but not thought to be suspicious." I am not about to be conspiratorial about this, because I'm not Christopher Ruddy, but you know. Hmm!

And the New York Times goes big on the details of the massive coverup and the many attempts to deflect blame to scapegoats, which looked to be successful until, oh, last week. Les Hinton, former chief executive of Dow Jones, seems to have ... "misled" Parliament, as almost anyone could have guessed. Rebekah Brooks wanted a former editor who'd been fired and arrested paid a monthly stipend, to keep him quiet. The company destroyed computers and deleted emails! And, most amazingly, this happened:

Ms. Brooks, whose tenacity is legendary, was not deterred. At a dinner party, Lady Claudia Rothermere, the wife of the billionaire owner of The Daily Mail, overheard Ms. Brooks saying that The Mail was just as culpable as The News of the World. “We didn’t break the law,” Lady Rothermere said, according to two sources with knowledge of the exchange. Ms. Brooks asked who Lady Rothermere thought she was, "Mother Teresa?"

"Ms. Brooks asked who Lady Rothermere thought she was." The phone-hacking scandal apparently briefly became a short story by Saki.

Mr. Murdoch was attending a conference in Sun Valley, Idaho, in early July when it became clear that the latest eruption of the hacking scandal was not, as he first thought, a passing problem. According to a person briefed on the conversation, he proposed to one senior executive that he “fly commercial to London,” so he might be seen as man of the people. He was told that would hardly do the trick, and he arrived on a Gulfstream G550 private jet.

Yes, brilliant public relations. Mr. Murdoch flew on a regular-person airplane, how could a man like that have known that his media company was committing so many crimes, for years?