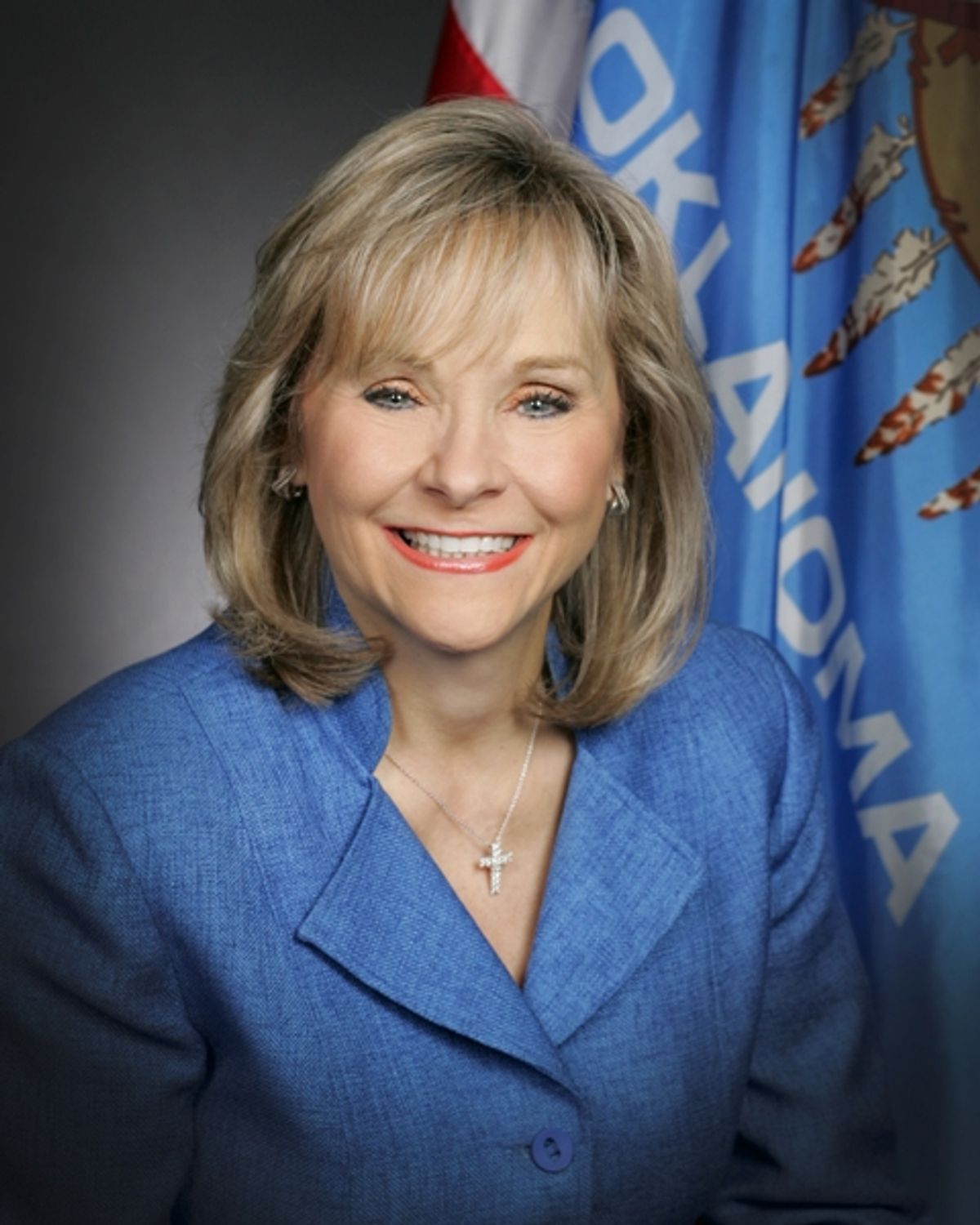 Trend alert! In the face of devastating natural disasters, Republican governors around the country are increasingly asking constituents to join in prayer to God to solve their states' intractable problems.

The latest example is Oklahoma Gov. Mary Fallin, who, in response to a brutal heat wave that has contributed to over one hundred wildfires, asked Oklahomans to collectively pray for rain on Sunday. From the official press release:

"I encourage Oklahomans of all faiths to join me this Sunday in offering their prayers for rain," Fallin said. "For the safety of our firefighters and our communities and the well-being of our crops and livestock, this state needs the current drought to come to an end. The power of prayer is a wonderful thing, and I would ask every Oklahoman to look to a greater power this weekend and ask for rain."

Secretary of Agriculture Jim Reese said he appreciated the governor’s call for prayer and would be saying his own this Sunday.

“Farmers across the state are really suffering under these conditions,” Reese said. “I’m glad the governor is issuing this call to prayer, and I hope it helps deliver the rain we need soon.”

(The forecast today in Oklahoma City is 103° and sunny.)

Fallin's request comes a few months after Texas Gov. Rick Perry declared three days of prayer for rain to break a historic drought. As we've previously noted, the prayer did not work -- several weeks after the effort, the entire state of Texas was declared a natural disaster area by the U.S. Agriculture Department.

That didn't stop Perry from telling evangelicals in May that, in response to taxes and over-regulation and the country's other problems, "it's time for us to just hand it over to God and say, 'God, You’re going to have to fix this.'"

And last year, with the BP oil spill befouling the Gulf and the Louisiana coastline, Gov. Bobby Jindal designated June 27 a "Statewide Day of Prayer":

WHEREAS, Louisianians all across the world are united in hope for an end to this catastrophic event and pray for the recovery of our coastline, the rehabilitation of our fish and wildlife and the restoration of our extraordinary coastal areas that are unlike any other place in the world

The previous week a Republican state senator noted in a similar resolution, "Thus far the efforts made by mortals to try to solve the crisis have been to no avail. It is clearly time for a miracle for us." For the record, the relief well that ended the crisis was not completed until September.

It is worth noting that, in a nod to human agency, Jindal's proclamation added, "Our collective fight to recover from this crisis and prevent future damage continues today."