How Finland became an education leader 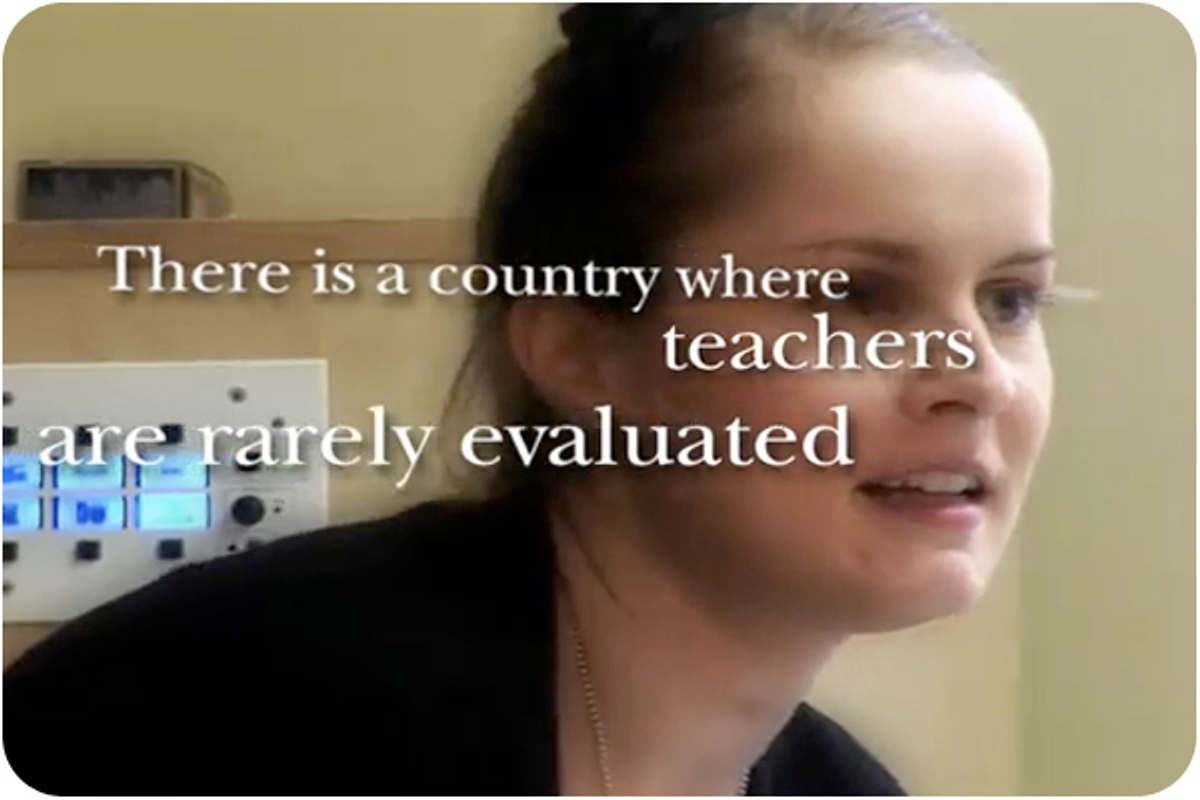 Still from "The Finland Phenomenon: Inside the World's Most Surprising School System"
--

How has one industrialized country created one of the world's most successful education systems in a way that is completely hostile to testing? That's the question asked -- and answered -- in a new documentary called "The Finland Phenomenon: Inside the World's Most Surprising School System." Examining the nation with one of the most comparatively successful education systems on the planet, the film contradicts the test-obsessed, teacher-demonizing orthodoxy of education "reform" that now dominates America's political debate.

On my KKZN-AM760 radio show, I talked to Harvard researcher Tony Wagner, who narrates the film and who is the author of the 2008 book "The Global Achievement Gap: Why Even Our Best Schools Don't Teach the New Survival Skills Our Children Need -- And What We Can Do About It." The interview became the basis for my recent newspaper column on the subject. Because that column generated so much feedback, I wanted to publish this abridged transcript of our larger discussion. You can listen to the full interview here.

What has Finland achieved, and what's the history behind its improved education system?

In the early 1970s, Finland had an underperforming education system and a pretty poor agrarian economy based on one product -- trees, and they were chopping them down at a rapid rate that wasn't going to get them very far. So they knew they had to completely revamp their education system in order to create a true knowledge-based economy.

So they began in the 1970s by completely transforming the preparation and selection of future teachers. That was a very important fundamental reform because it enabled them to have a much higher level of professionalism among teachers. Every teacher got a masters degree, and every teacher got the very same high quality level of preparation.

So what has happened since is that teaching has become the most highly esteemed profession. Not the highest paid, but the most highly esteemed. Only one out of every 10 people who apply to become teachers will ultimately make it to the classroom. The consequence has been that Finland's performance on international assessments, called PISA, have consistently outranked every other western country, and really there are only a handful of eastern countries that are educating with the same results.

So, Finland basically focuses on teachers and not on domestic testing. Those PISA tests that you cite are international assessments.

That's absolutely right. There is no domestic testing except a very quiet auditing program to test demographic samples of kids; not for accountability, not for public consumption, and not for comparison across schools. The fascinating thing is that because they have created such a high level of professionalism, they can trust their teachers. Their motto is "Trust Through Professionalism." The difference between the highest performing school in Finland and the lowest performing school in Finland is less than four percent, and that's without any testing at all.

This is the antithesis of what we're hearing about in the United States in terms of so-called education "reform." When you hear the debate in the United States over education, the idea is that we need to demonize teachers and that the real way to fix our education system is to simply test the hell out of kids. Why do you think there is such a difference between the attitudes of our two countries?

First of all I want to point out that Finland is rated among the highest in the world in innovation, entrepreneurship and creativity. It's not your grandfather's socialist country in any sense of the word.

But beyond that, what I find so striking is that the reforms in [the U.S.] have been driven and led by businesses for the last quarter century. It was David Kearns at Xerox and Lou Gerstner at IBM calling for a national summit on education and they didn't invite any educators. They invited CEOs and governors and senators and congressmen.

Now, I understand and respect business needs for better skills, and I understand a certain mistrust of the education system based on the fact that it's the only profession where you're guaranteed a job for life. But what's different in Finland is that there has been a bipartisan consensus over 30 years about the importance of education and the importance of high-quality teaching as the real solution. It's been a partnership between businesses, policy makers and educators, and that's what we need in this country but don't have.

First, Finland is more diverse than people realize. Fifteen percent of the population speaks second languages. There are 45 languages spoken in Helsinki schools today. Point two for a point of comparison, and there are obviously huge differences, but it's not Finland as a country compared to US as a country. Finland has the size and population of about 33 of our states. So let's compare Finland to Minnesota -- very similar demographics, right? But not at all similar results in terms of international comparisons. So while it's true that there are differences, there's a lot we can learn from the Finnish story.

What about the role of economics? New York University professor Diane Ravitch often says that the education system in this country cannot alone solve poverty, and in many cases it will inherently reflect poverty. Finland is a much less economically unequal society. How much does that lack of poverty explain Finland's success as opposed to our own?

There are two answers to that. First of all, yes, race and class matter. You want to know what a test score in a district is, you find out how poor people are. There's no question that race and class, and the economic disparity in this country, go a very long way to understanding our achievement gap.

But having said that, I've been in some of this country's best schools in some of the wealthiest districts, and even some private schools, and I've seen stunningly mediocre teaching there with teachers teaching to the test. And the tests are primarily factual recall, memorization tests where students may pass, but will learn none of the skills that are necessary in the global knowledge economy.

This is what Finland has done that's different -- they've defined what is excellent teaching, not just reasonable teaching, and they have a standard for that. Second, they've defined what is most important to learn, and it's not a memorization-based curriculum, but a thinking-based curriculum. So even in our wealthiest districts we're not approaching that global standard of success and excellence.

If we could somehow wave a wand and implement Finland's education system right now here in America, what do you think the results would look like? Would they be so much better, keeping in mind those economic disparities and that economic inequality?

It's going to take generations and I do believe we're going to have to address these economic disparities. But I've been in schools with high poverty, KIPP schools, which like schools in Finland, have defined what is excellence in teaching and learning. I think you can see from the results that KIPP schools get, how graduates of KIPP schools go to college and succeed in college at higher rates than white, middle class kids. That's because of excellent teaching. So yes, race and class matter. We have to address those issues, and we cannot use that as an excuse for low achievement.

How did Finland manage to elevate the role of teacher in the eyes of the population to something that is not just an honorable profession, but a revered profession, whereas in the United States, teachers are so regularly denigrated?

They really think about teachers as scientists and the classrooms are their laboratories. So, as I mentioned -- every teacher has to have a masters degree, and it's a content degree where they're not just taking silly courses on education theory and history. They're taking content courses that enable them to bring a higher level of intellectual preparation into the classroom. That's the first point.

The second point is that they've defined professionalism as working more collaboratively. They give their teachers time in the school day and in the school week to work with each other, to continuously improve their curriculum and their lessons. We have a 19th century level of professionalism here, or worse, it's medieval. A teacher works alone all day, everyday, and isolation is the enemy of improvement and innovation, which is something the Finns figured out a long time ago. Get the teachers out of their isolated circumstances and give them time to work together.