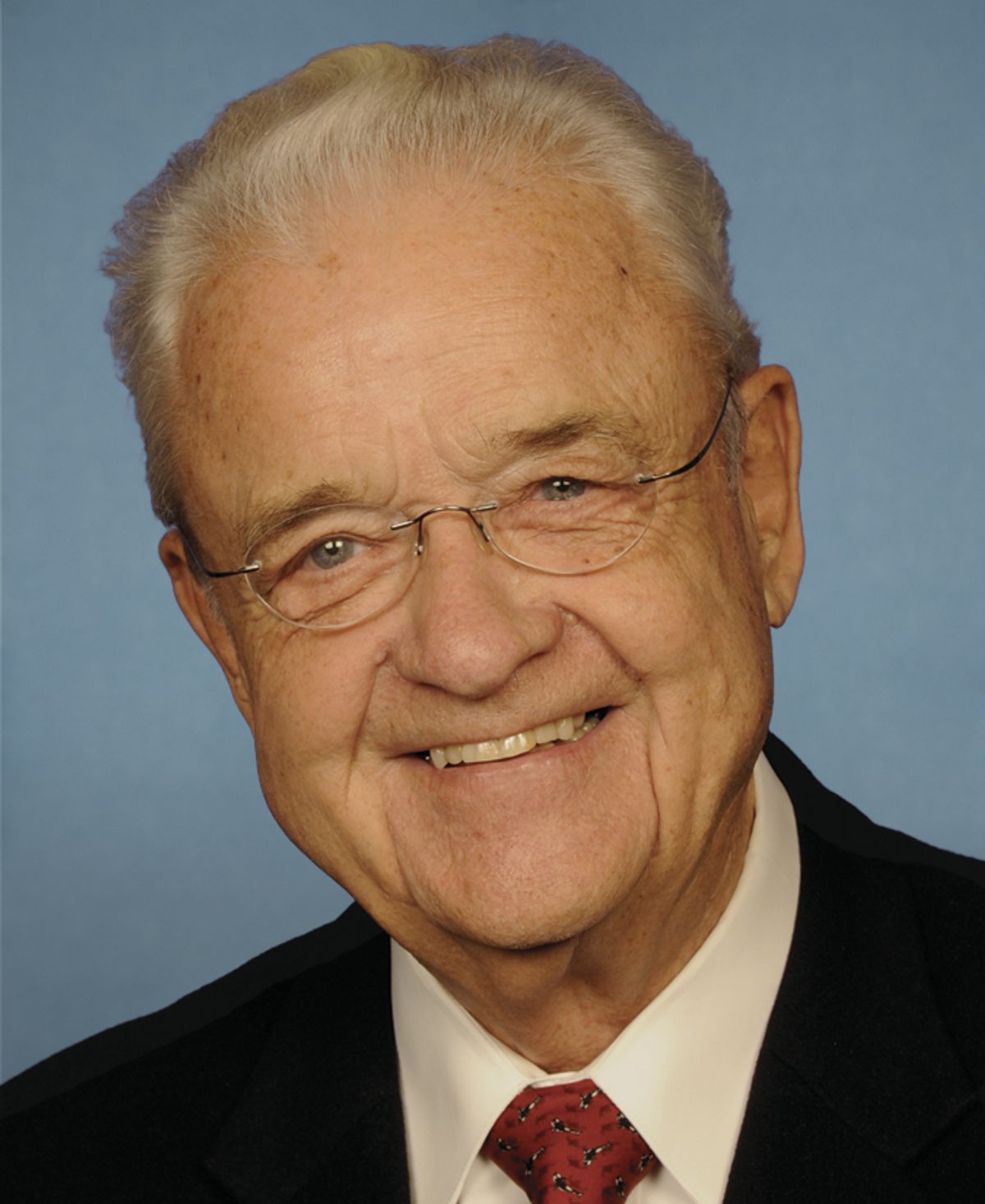 A home invasion at Rep. Leonard Boswell's Iowa farm ended when his 22-year-old grandson fetched a shotgun and aimed it at the intruder, according to a statement from the congressman's office. No one was seriously injured.

The incident started about 10:45 p.m. Saturday when an armed man came in through the front door, attacked Boswell's daughter, Cindy Brown, and demanded money, the statement said. Boswell, 77, heard his daughter's screams, came into the entryway and attempted to disarm the intruder.

As they struggled, Boswell's grandson, Mitchell Brown, got a shotgun from another room. When he pointed the shotgun at the intruder, the man fled into the fields around the house outside Lamoni.

Boswell's wife, Dody Boswell, 75, also was home during the attack. His spokesman Grant Woodard said the whole family is safe and unhurt, aside from some scrapes and bruises.

The family is shaken up, but "they're dealing with it pretty well," Woodard said Sunday morning.

He deferred other questions to the Decatur County Sheriff's Office, which is investigating along with the FBI and other agencies. The office said Sunday that there have been no arrests. Sheriff Herbert Muir wasn't available for further comment.

Boswell, a Democrat, has represented Iowa's 3rd District for eight terms in Congress. He is expected to face a challenge next year from Republican Rep. Tom Latham, who is moving into the district to avoid running against Republican Rep. Steve King after their territories were merged during once-per-decade redistricting that follows each census.

Iowa is going from five to four congressional seats because its population growth hasn't kept pace with the rest of the nation. The new 3rd District will include Des Moines and 16 counties in southwest Iowa.