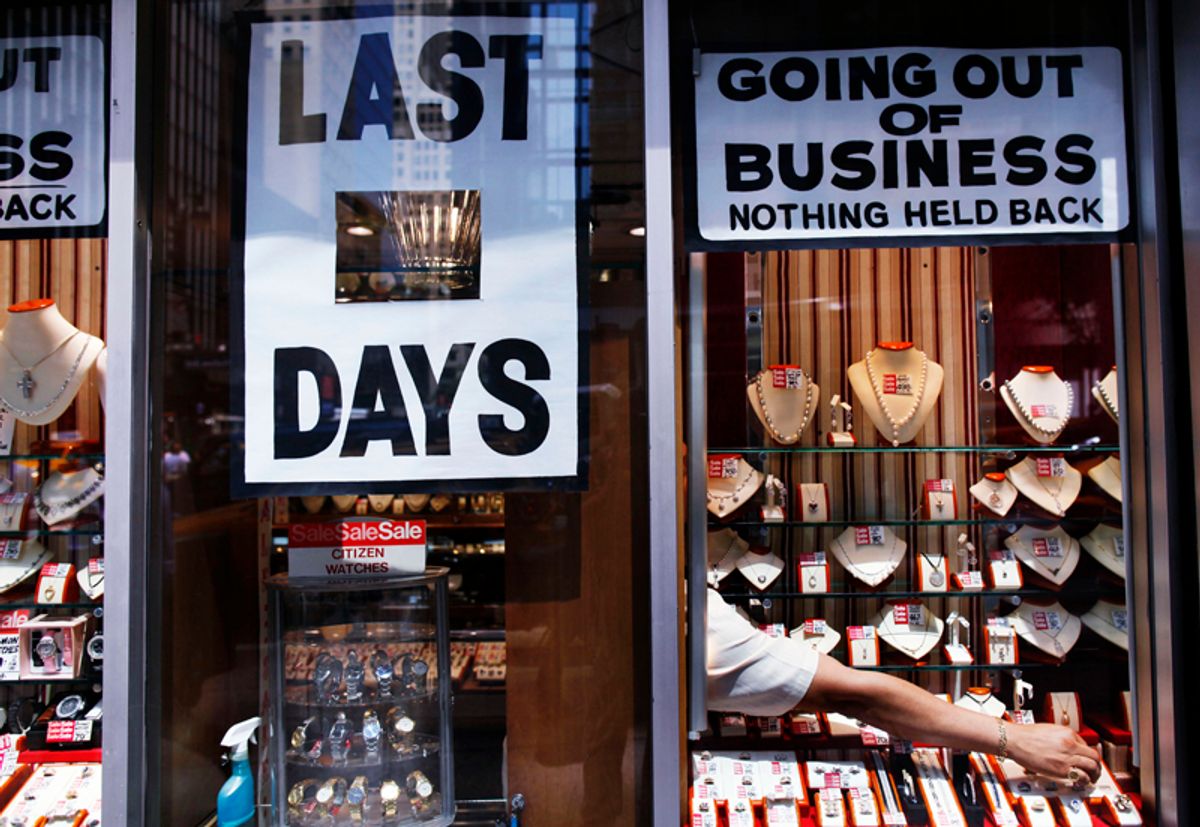 A seven-word Wall Street Journal headline says it all: "Dearth of Demand Seen Behind Weak Hiring."

The main reason U.S. companies are reluctant to step up hiring is scant demand, rather than uncertainty over government policies, according to a majority of economists in a new Wall Street Journal survey.

It's not every day that one sees liberal econoblogger Keynesian orthodoxy stated so bluntly in the Wall Street Journal, so we should cherish it when it happens. But what could be more obvious, even in the absence of rigorous training in economics? In the absence of demand, businesses will refrain from ramping up production and adding staff -- no matter what employers think about the future regulatory climate. To prime this pump, to rev up this engine, to get the "delicate machine" working properly, the first focus for economic policymakers should be figuring out ways to boost demand.

Of course, the perception that Obama's stimulus did not fix the economy, combined with the Republican takeover of the House, has ensured that the political prospects of aggressive government-sponsored demand creation are nil. But in the absence of any positive action, is it too much to hope that our government doesn't purposefully attempt to subtract demand from the economy?

The evidence that a country in the U.S's current position -- low interest rates, high unemployment, very slow economic growth -- would benefit from short-term spending cuts is slim to nonexistent. The best bang-for-the-buck rationale for cutting government spending applies to economies that are growing quickly and/or are plagued by high interest rates and inflation. At his next press conference, President Obama should be waving today's edition of the Wall Street Journal at reporters and yelling, See, this is why tying the debt ceiling to budget cuts is a stupid, dangerous idea!

Unfortunately, Obama also seems to believe that is more important to build business "confidence" through deficit reduction than it is to boost demand. Finally, some bipartisan consensus!