Paul Ryan and the art of whiny resentment 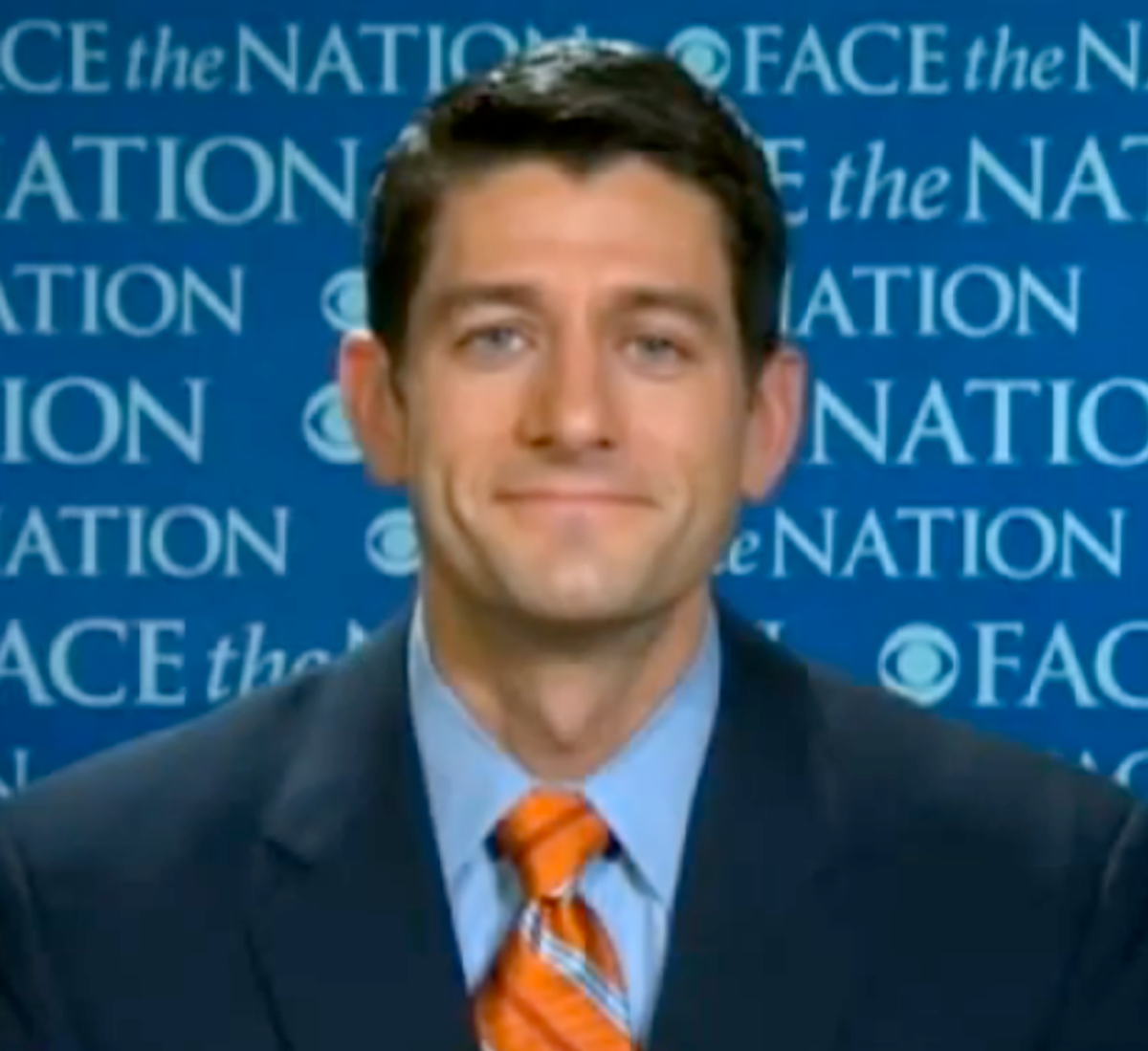 This originally appeared at A Plain Blog About Politics

I wrote about Ryan and the budget process today over at Greg's place, from an interview that Ryan did over at NRO, and I didn't complain about the other stuff, but it really is awful:

Indeed, in almost every sense, Ryan says, Obama has been "fundamentally un-presidential" throughout the summer, "dragging his feet, failing to address the looming debt crisis -- which he knows is coming -- because he remains committed to his ideology."

"This is, unfortunately, the way he operates," Ryan says. "This is his pattern of behavior, this is his personality. For the next 18 months, it will probably be like this. It’ll be in-your-face class warfare, with bitter appeals to envy, fear, and anxiety, plus the demonization of the other side’s motives."

This is whiny, crybaby, thin-skinned crap. "In-your-face class warfare"? Never happened. "Demonization of the other side's motives"? Find me a quotation, in context; it had better be at least as good as Ryan's claim that Obama is deliberately willing to inflict harm on the nation in service of "ideology." "Bitter appeals to envy, fear, and anxiety"? In Looking-Glass Land, only -- the one where inventing a "looming debt crisis" doesn't count as a scare tactic, but discussing the obvious consequences of not raising the debt ceiling does. Or, in which voting to transform Medicare into a voucher program constitutes supporting Medicare, while not doing that counts as destroying it.

Hey -- Republicans are free to use whatever spin they want, no matter how petty it may be. But why anyone should take seriously a standard in which Ryan claims it's impossible to work with Barack Obama because of "the president’s 'very personal' criticism of House Majority Leader Eric Cantor at the White House," while meanwhile it's fine to call Obama "fundamentally un-presidential."

I'd say, by the way, that calling Obama condescending in his recent press conferences and other remarks -- not just to Republicans, but to Congress in general -- would be a lot closer to the mark. The president has definitely been playing the role of the Only Adult in the Room, and calling him on that would, in my view, be entirely reasonable and fair.

Perhaps Ryan and the other Republicans don't want to do that because, after all, they actually are ceding that ground to him. Or maybe they're honestly having a tantrum because they honestly think that their policy preferences and actions should be exempt from criticism. I don't know; I don't, I suppose, really care. I'm just annoyed that I have to listen to it.