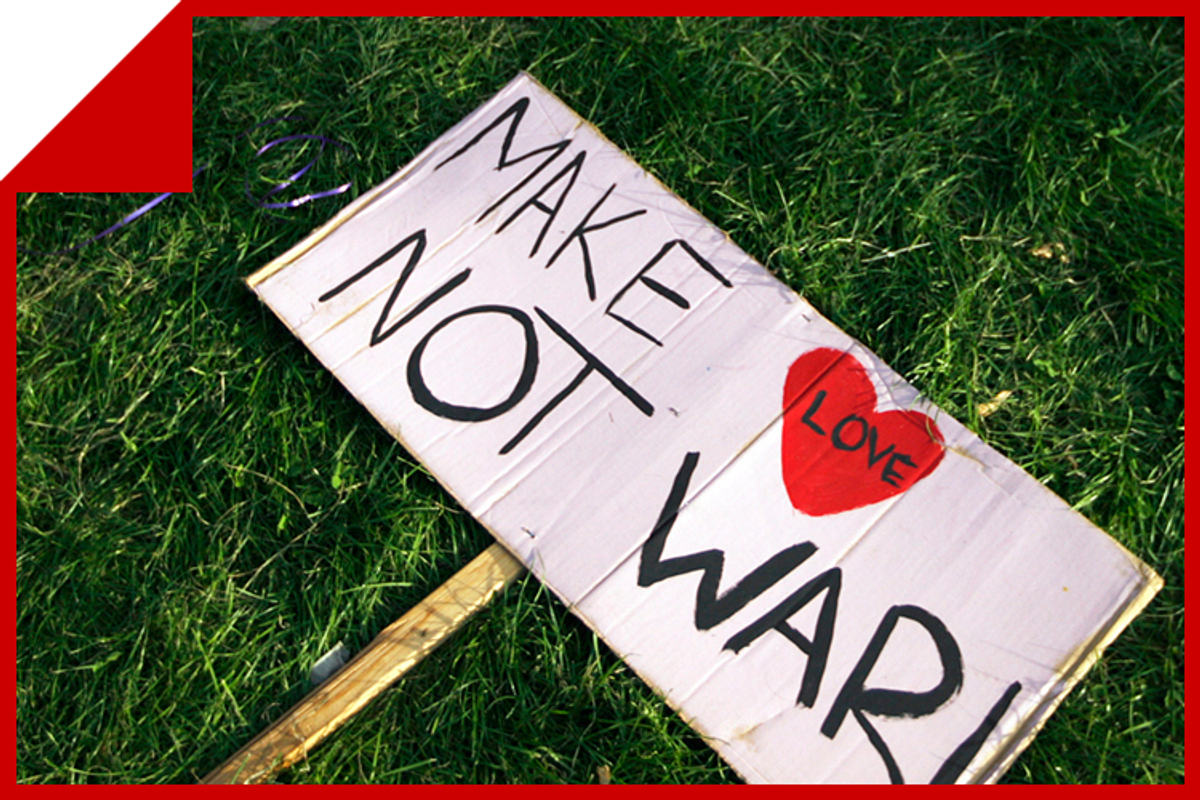 Todd Gitlin writes a convincing obituary for an antiwar movement killed by a thousand blows: crushed by Bush's pigheadedness, dumped in the media's black hole, rendered invisible by a volunteer army and drones, overshadowed by more urgent financial crises, chastened by the "unpleasantness" of adversaries from Taliban to al-Qaida to Gadhafi. He leaves out some other daggers to the heart of the movement: grass-roots election campaigns that lured away millions of activists; betrayals by the president and groups like MoveOn who used and abused the antiwar sentiment; craven congressional reps who violate the will of their constituents by continuing to fund war; powerful lobbyists for the war industry who wield enormous power in Washington; and the utter exhaustion that sets in after 10 years of standing up to the largest military complex the world has ever seen.

Despite all these challenges, however, the reports of the death of the antiwar movement are greatly exaggerated. Sure, there are no longer millions marching in the streets -- but there aren't millions marching in American streets for any cause these days. Lacking the staying power of Tahrir Square, our weekend rallies failed to effect policy and left people disillusioned -- and bored. That's why creative and media-savvy activism 2.0 tactics -- like flash mobs, Twitter culture jams and YouTube videos -- have emerged that engage with the younger generation.

And that's why the movement has transformed as well. Rather than marching in circles and chanting slogans to ourselves, we're reaching deep into our communities to make connections between the economic crises our neighborhoods face and the wars that rob us of scarce resources.

Take a look at the recent Bring Our War Dollars Home campaign spurred by CODEPINK, a campaign that gave a new burst of energy to the movement. We encouraged activists around the country to build local coalitions to push the passage of a resolution to stop funding wars and invest those monies into rebuilding America. From big cities like Los Angeles and Baltimore to towns like Ithaca, N.Y., and Worcester, Mass., coalitions of peace, labor, environmental, feminist and religious groups wrote letters, made calls, visited and otherwise cajoled their city officials. After dozens of victories, in June we took the resolution to the national U.S. Conference of Mayors, representing 1,200 American cities. Despite some hackneyed efforts to brand the resolution as being "against the troops," it passed overwhelmingly and has become a useful tool against congressional members who continue to vote more money for war.

While many exasperated activists have given up on lobbying Congress, some antiwar groups like PeaceAction and Progressive Democrats of America continue to plug away, with a degree of success. In May, for example, they pushed for the McGovern-Jones amendment to accelerate the withdrawal of troops from Afghanistan. While the amendment failed 215-204, the 178 Democrats and 26 Republicans voting yes made this the closest that any vote has come to repudiating our nation's Afghanistan strategy in 10 years.

Another sign of life in the peace movement is the massive outcry it generated over the inhumane treatment of alleged WikiLeaks whistle-blower Bradley Manning. The uproar forced the U.S. military to improve Manning's pre-trial conditions, moving him from the harsh military brig in Quantico, Va., to more humane facilities in Leavenworth, Kan. Activists also raised funds, in record time, for Manning's legal fees and orchestrated creative visibility campaigns, from Bradley contingents in increasingly commercialized, "apolitical" gay pride parades to a skit performed at a high-dollar San Francisco fundraiser with President Obama.

Interfaith, anti-nuke, antiwar activists across the country are working together to oppose the use of the unmanned drones responsible for the civilian deaths in Pakistan, Yemen, Libya, Somalia, Afghanistan and Iraq. On Oct. 9, several hundred Catholic Workers, CODEPINK members and friends are expected to protest at Creech Air Force Base, home of the deadly Reaper drones.

As Todd Gitlin knows well, movements ebb and flow. We are certainly not at our zenith, but we are still breathing. The Arab Spring has given us new inspiration, and as the 10th anniversary of the senseless war in Afghanistan approaches in October, you can expect to see the antiwar movement not just breathing, but kicking into high gear with an open-ended mobilization in D.C. starting on Oct. 7 and artistic actions throughout the country under the banner of 10 Years and Counting. We invite Todd and others who have been writing about our demise to come join us.