What to watch instead of "Breaking Bad"

If AMC's award-winning meth show has you craving more drugs and paranoia, we've got just the fix 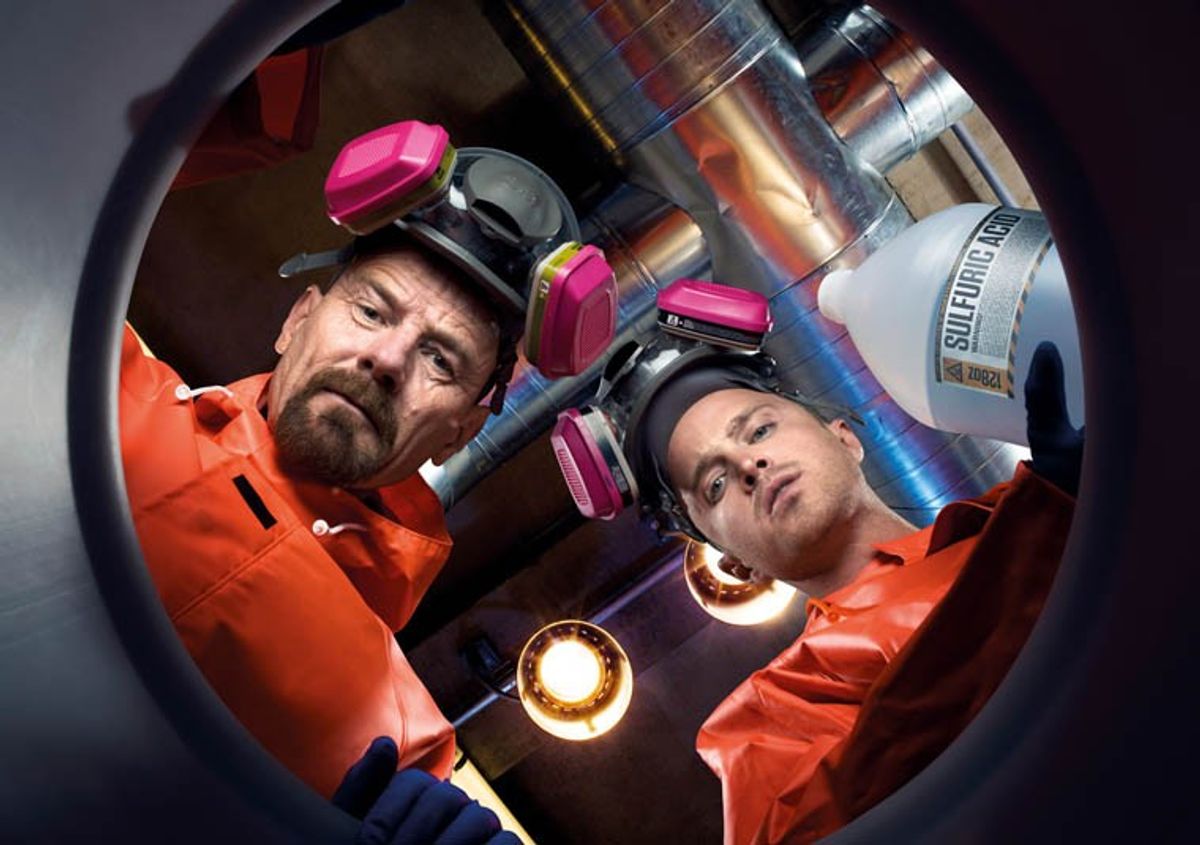 "Breaking Bad" might be the best piece of television on the air right now (if anyone wants to dispute this in open court, be my guest), but some of us don't have the time to sit down and catch up on all three seasons of Vince Gilligan's award-winning show about the dad from "Malcolm in the Middle" making meth. Or else we've already seen every episode, and waiting a full week for our high-octane fix is wearing thin.

In either case, we've got the solution: three pieces of pop culture that should satisfy (if not totally satiate) your love of drugs, insane dealers and unhinged protagonists until such time when you can watch the insanity of Walter White and his associates again.

"The Lone Gunmen": Remember this "X-Files" spinoff? Probably not, because it only lasted one season, and it focused on those three computer-hacking geek friends of Fox Mulder, not one of them sexy enough to fill David Duchovny's shoes.

Why you'll love it: "The Lone Gunmen" was written by "Breaking Bad" creator Vince Gilligan, and the very first episode predicted the 9/11 attacks on the World Trade Center by airplane terrorists (it turns out to be an inside job). Pretty odd for a show about conspiracy theories. The multiple plot twists and turns may seem as conventional as any "Law & Order" episode now, but they do bear that distinct "Breaking Bad" mark of severe paranoia.

"The Salton Sea": Val Kilmer, Vincent D'Onofrio and Peter Sarsgaard star in this dark thriller about a methed-up trumpet player (Kilmer) looking for the answers to his wife's murder. All the while he's being hunted by a sadistic, noseless dealer calling himself Pooh Bear (D'Onofrio). There are some side plots involving a hot next-door neighbor and some undercover narcotic officers Kilmer's character is working with, but you don't find out until the end if they are red herrings or not. Even when the credits roll, it remains unclear.

Why you'll love it: "Memento on meth," this movie has a touch of Christopher Nolan and even David Lynch ... if the two of them got really, really tweaked out and wrote a twisted, psychotic noir film about methamphetamine. Without giving away too much of the plot, let's just say that the reveals in this movie could have rivaled "Breaking Bad's"... if the film had been a TV show with fully developed characters. Plus, any time you get to watch D'Onofrio go off the rails, it's a treat.

"Ideal": Why should America have the market cornered on drug shows? The British dark comedy "Ideal" just wrapped up its sixth season about a small-time weed dealer named Moz (played by Johnny Vegas) who, despite (or because of) his lack of any grand plans, always seems to end up with blood on his hands.

Why you'll love it: For a show that's supposedly a comedy, Moz's clients can be pretty dark. There's a guy named "Cartoon Head" who has a cartoon mask superglued to his face, identical twins Craig and Steve, Psycho Paul, and a constable named PC Phil Collins. With all the backstabbing, literal stabbings and intense showdowns in this BBC series, you forget you're watching a program that's about a petty criminal dealing marijuana.