Santorum tries to raise money from his Google problem

"Dan Savage ... is the reason my children cannot Google their father's name" 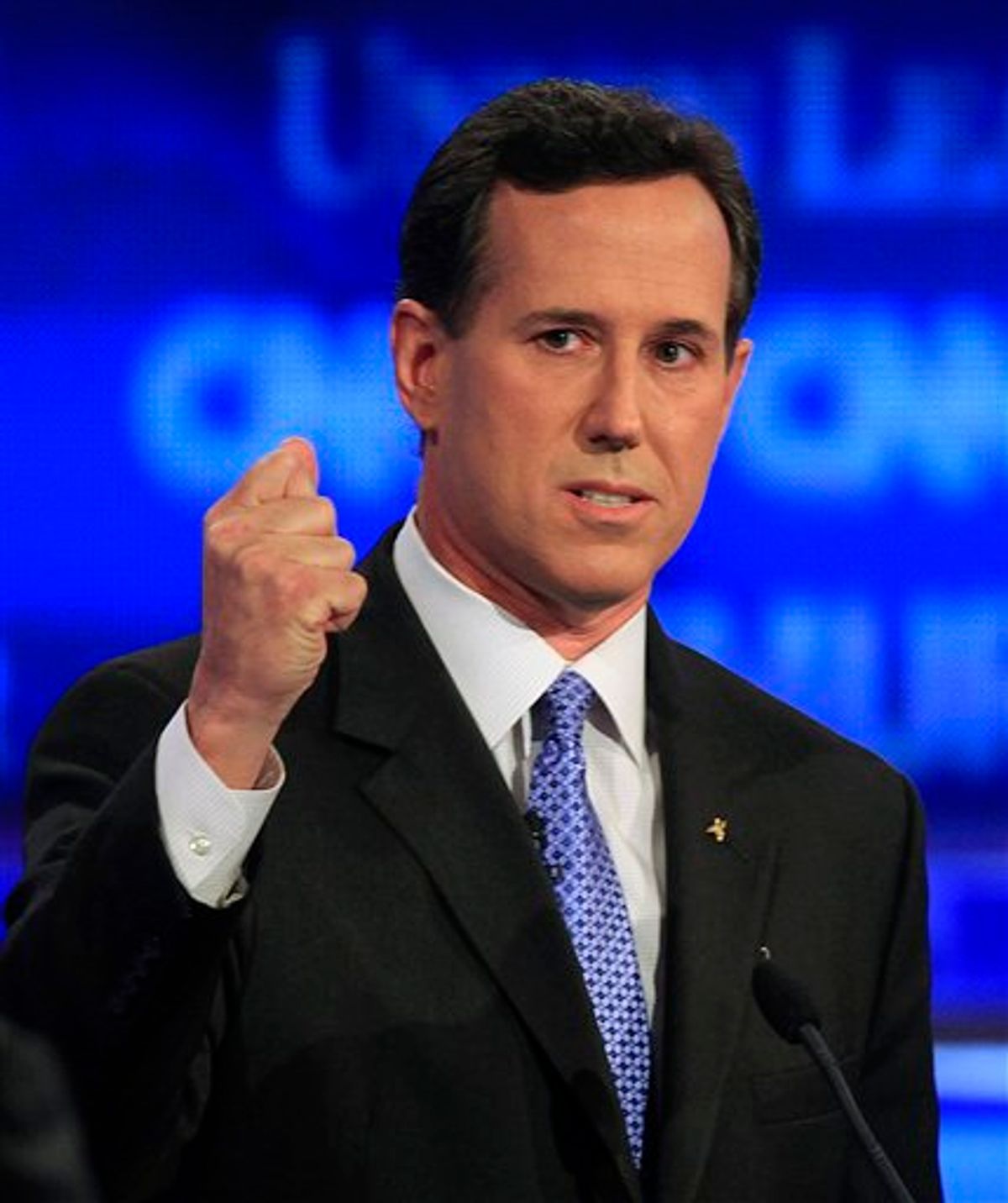 Rick Santorum wants to make use of his Google problem to pull in funds. The presidential hopeful has emailed his supporter list to ask for money, specifically framing his mission as a "fight" against "hate activist" Dan Savage.

Bill Maher, host of "Real Time with Bill Maher" on HBO, is famous for taking shots at true conservatives like me on his show. However this past Friday, he and his guests went too far. Well friends, it's time we fought back!

On last week's episode, Maher hosted hate activist Dan Savage. Instead of focusing on the issues and having an intellectual conversation, they broke into vile attacks against me and other conservatives. I refuse to repeat these disgusting, sexually explicit references because these ridiculous attacks are far too inappropriate. However, I wanted to share my interview with Steve Malzberg of WOR in New York City – a responsible radio host who, like you and I, is disgusted by the media's treatment of conservatives like us.

Imagine if this happened to a liberal. Maher and his friends in the Mainstream Media would hit the roof – and rightly so! But when it happens to a conservative, they applaud and laugh.

Some conservatives in the media like Sean Hannity have lambasted these attacks, but we have to do more! We cannot let such filth stand. Your contribution of any amount right now will help strengthen our campaign to protect us from these outrageous comments and obscene attacks in the future.

Remember this is not the first time Savage has attacked us on our stance of supporting American values. Savage and his perverted sense of humor is the reason why my children cannot Google their father's name. I took the high road for nearly a decade by not dignifying these mindless attacks, then even defending his 1st Amendment right to spew this filth. And to this day, liberals like Rachel Maddow serve as Savage's lackeys on national television, pushing his smut.

Yes, he may have the right to belittle and degrade us, but that doesn't mean we have to sit by and not fight back. That is why I need your support today, and your contribution of $25, $50, $100 or $250 to my campaign will help us do just that!

With your help we will make this country great again. You can help right now by making a small or large contribution to my campaign. Don't let Dan Savage and the extreme left win.

Thank you for your support.

P.S. Fighting for America takes all of us – please join the fight today!