In an awkward interview, Dr. Drew tries to convince Bristol she was raped 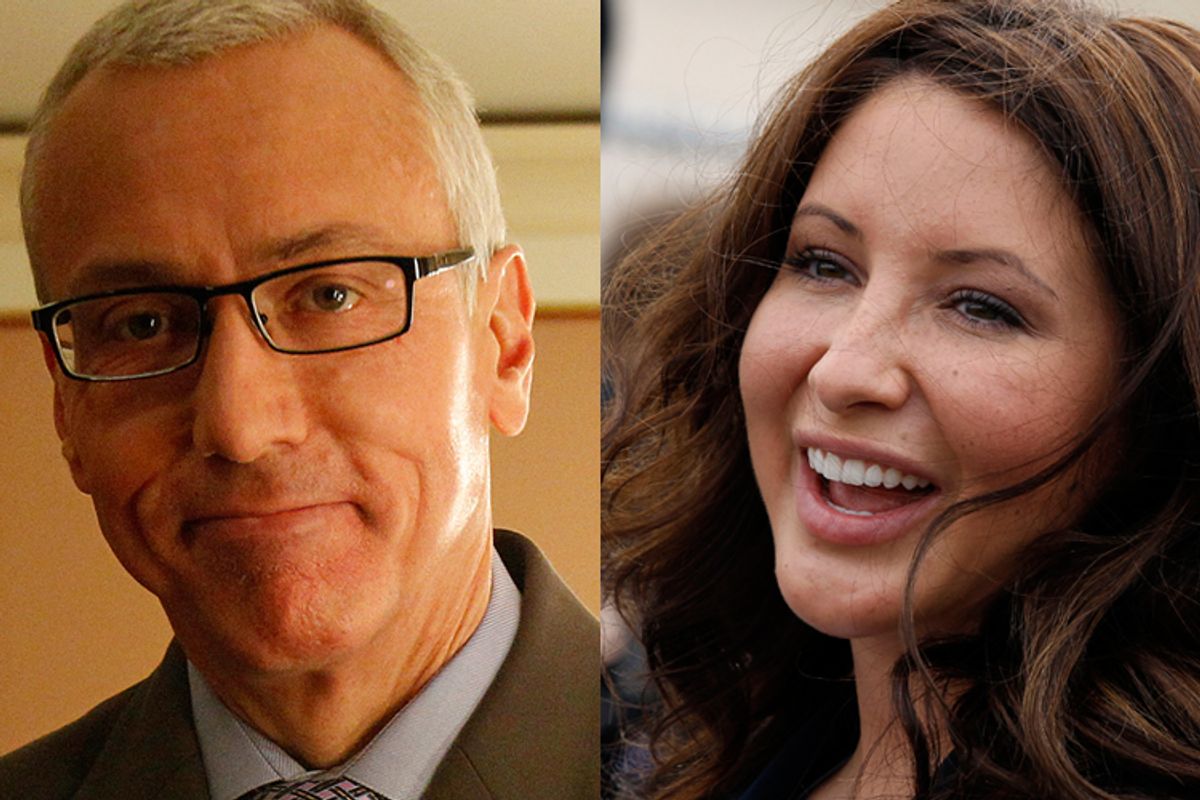 Imagine the worst thing that could happen to television that doesn't involve Nancy Grace or Charlie Sheen. That's right -- Bristol Palin is sitting down with Dr. Drew Pinsky. Your TV hates its life so much right now.

On a Very Special Episode of Dr. Drew's new HLN show Thursday night, the woman whose status as a best-selling author has driven an entire continent of MFAs to torch their manuscripts and get drunk on lighter fluid will reveal "what she considers her biggest regret, how she betrayed her family, her relationship with her mother, her new look, and if she thinks abstinence can really work." I'm laying my money down on losing her virginity, losing her virginity, chin job, yes.

It also promises to be a typical evening of Dr. Drew's Helpy Helperton shtick, as a sneak preview reveals. And when Palin speaks of "a series of bad decisions," Dr. Drew quickly interjects, "Well, one of them was intoxicated. In California, that would be a rape. Is it the same in Alaska?" Because it's definitely the same in Drew Pinksy's head.

"I'm not accusing Levi of rape," she tells Dr. Drew, who quickly counters with, "Did it feel like a rape?"

"It was consensual," she says, clearly flustered, "because I stayed with him for years on end after that."

But like a dog with a bone, Pinsky doesn't let go. "You don't remember what kids do," he chides her, rolling his eyes exaggeratedly. "They try to make it riiiiiiiiight by justifying sticking together." Wake up, Bristol, Dr. Drew is here with your rape rehab!

Only Palin and Johnston know for sure what happened in that tent that night, and from the sound of things, they're pretty hazy on the details themselves. But while it doesn't sound like any teenager's finest moment, Palin's response suggests that she views it as a drunken hookup and a rip-off, but ultimately, a willing act. And if that's good enough for her, why should Dr. Drew or anybody else try to make her paint herself as a victim?