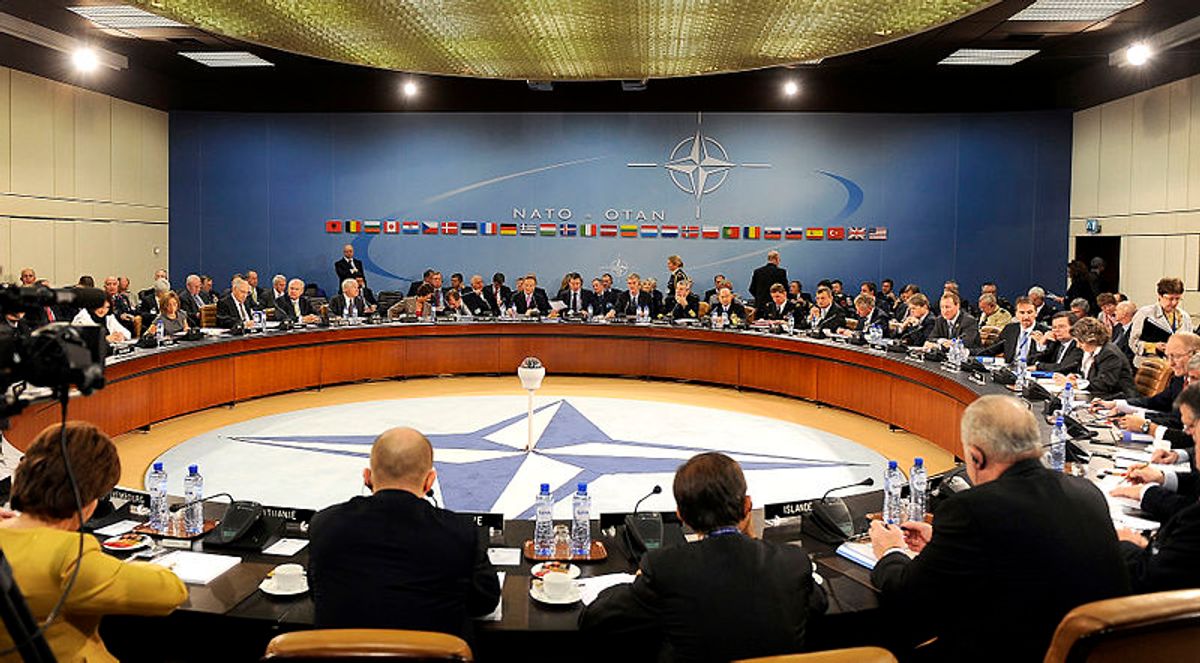 A group of computer hackers on Thursday claimed to have breached NATO security and accessed hoards of restricted material.

The group called Anonymous said it would be "irresponsible" to publish most of the material it stole from NATO but that it is sitting on about 1 gigabyte of data.

Anonymous posted a PDF file on its Twitter page showing what appeared to be a document headed "NATO Restricted" and dated Aug. 27, 2007.

"Hi NATO," the group teased on Twitter. "Yes, we haz more of your delicious data," hinting that more would be released in the next few days.

A NATO official, who could not be named under standing rules, said the organization was aware that a hacker group had released what it claimed to be classified NATO documents on the Internet.

"NATO security experts are investigating these claims," the official said. "We strongly condemn any leak of classified documents, which can potentially endanger the security of NATO allies, armed forces and citizens."

Anonymous is a loosely organized group of hackers sympathetic to WikiLeaks. It has claimed responsibility for attacks against corporate and government websites worldwide.

The group also claims credit for disrupting the websites of Visa and MasterCard in December when the credit card companies stopped processing donations to WikiLeaks and its founder, Julian Assange.

On Tuesday U.S. authorities announced 14 arrests in connection with December attacks on Internet payment service PayPal that were claimed by Anonymous. Two other Americans, four Dutch nationals and one Briton were arrested on suspicion of participating in other attacks against companies and organizations, U.S. authorities said.

Slobodan Lekic in Brussels contributed to this report.