North Korea, most of Asia terrible at Photoshop 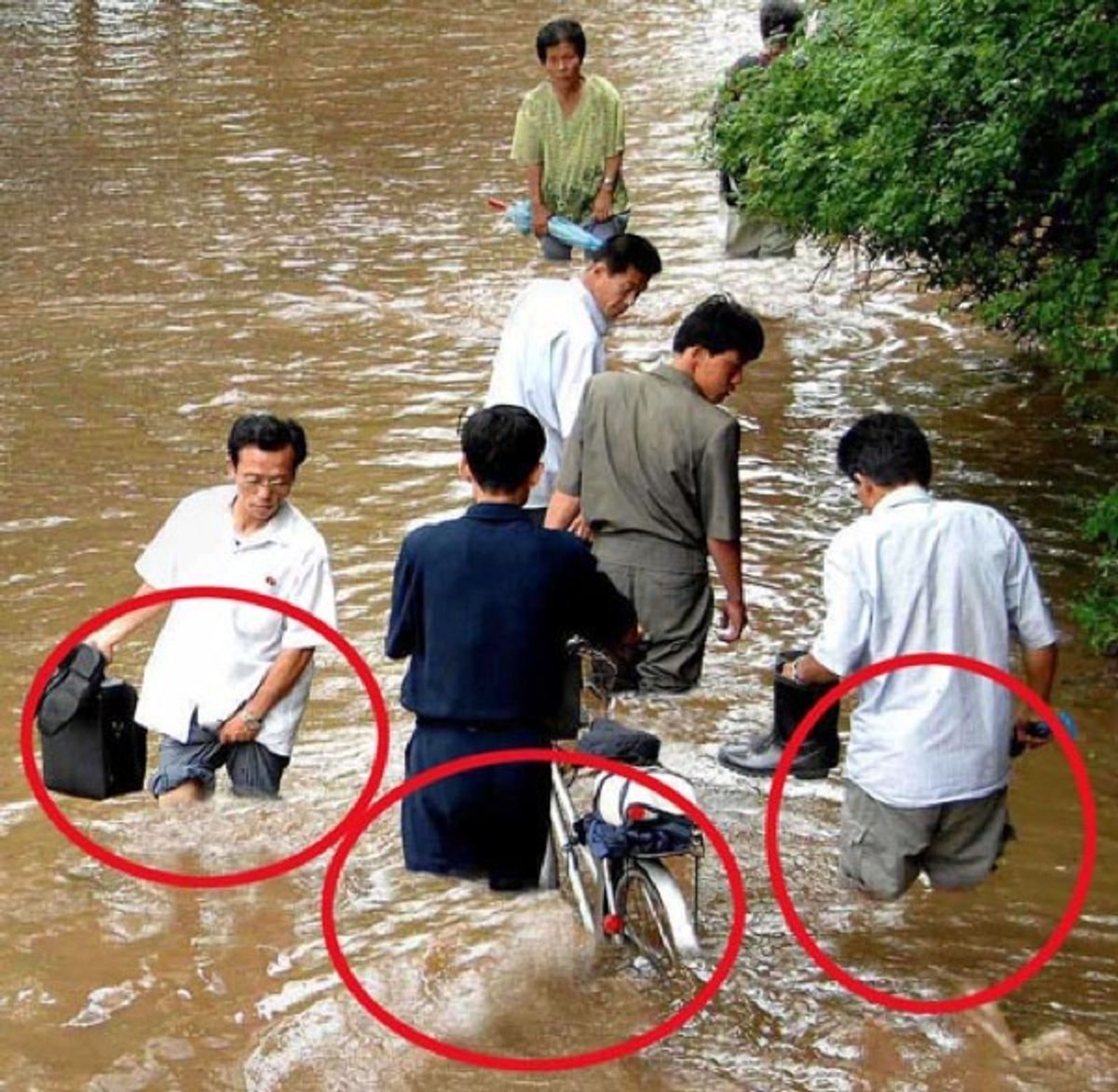 No, seriously. America might have the market cornered on the privatized commercialization of terrible airbrushing jobs, and lord knows, the United States government has had a couple of gaffes when it came to image editing (we are bad at making private documents pixelated, it would seem), but we have nothing on some of these Asian countries when it comes to terrible photo doctoring.

I don't know what they are putting in the drinking water in Lihong, but apparently it gives you the ability to levitate. The photo quickly became a meme, with forums holding contests to see who could put these men in the funniest floating scenarios. This one happens to be a personal favorite: But it's not just China's government that needs new design interns. Syria's official photo of the new Hamas governor being sworn in was laughably bad as well. It may have been even worse than China's since it was obvious someone had put effort into making the photo ... but he or she just did a terrible job. The latest one of these chop-shops comes from North Korea, where at least Kim Jong Il has a better photo editing team than a lot of other totalitarian countries. The Associated Press even bought into the July 15 photo provided by the North Korean government through the Korean Central News Agency, showing the devastation of a recent flood in Pyongyang. One day later, AP sent out a "kill notice" on the pic, saying that it appeared to be digitally altered to falsely intensify the effect of the flooding, and that it no longer stood by the image. To an untrained eye (like mine), this photo looks totally legit. But look very closely and you'll notice that the men's clothing all appear to be dry, despite wading knee-deep through flooding waters. AP spokesperson Paul Colford told Poynter.org that the photo wasn't even supposed to be distributed, but that "it got on the wire inadvertently." This will be the second Photoshopped image the Associated Press has had to pull from its wires in two weeks. Which either means that governments need to stop trying to doctor false images ... or that they need to become much better at it.