Tim Pawlenty goes after Bachmann on migraines, then takes it back 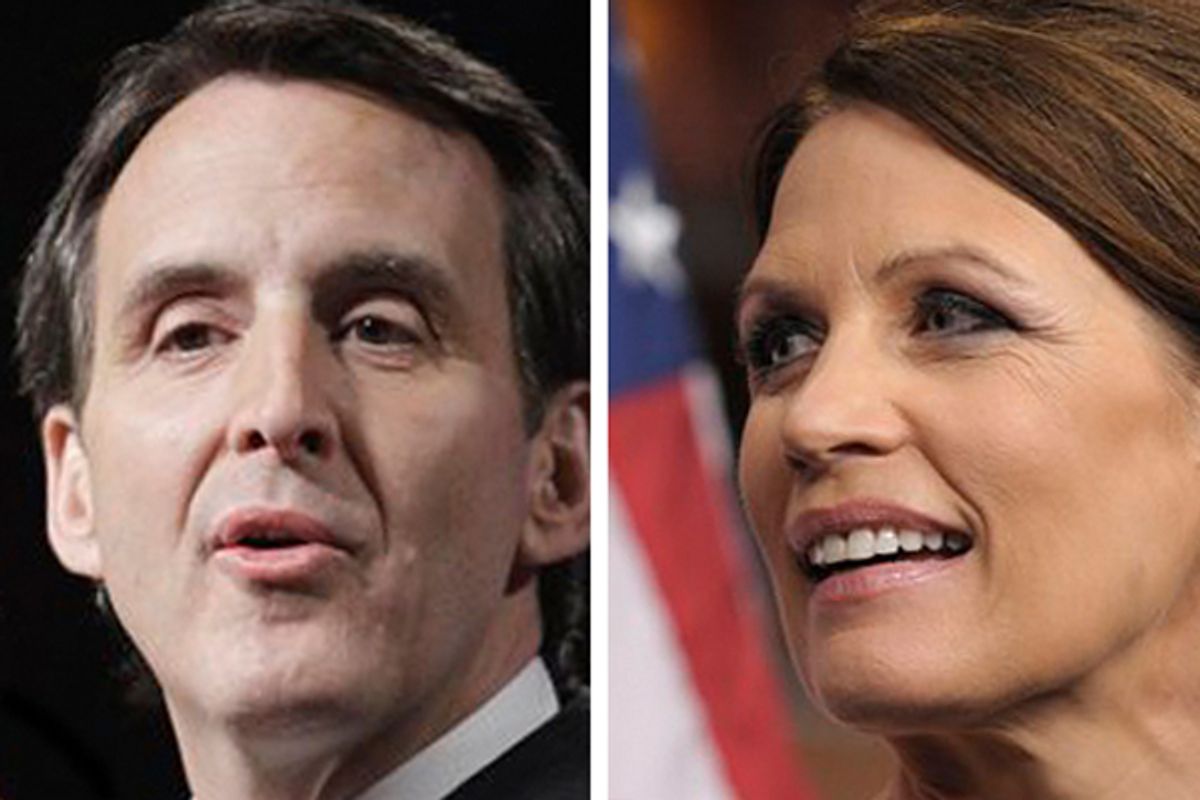 Despite the fact that it seems linked to the meteoric rise of nutcase Michele Bachmann, I have taken great pleasure in the drawn-out national humiliation of former Minnesota Governor Tim Pawlenty, a perfect "on-paper" presidential candidate who sinks lower and lower in the polls with each passing week.

Pawlenty is at two percent in the latest Washington Post/ABC poll. The more he campaigns, the worse his numbers get.

Obviously desperate to get some press attention (despite the fact that more attention he gets, the less people want to vote for him), Pawlenty on Wednesday gingerly attacked Bachmann for her recently disclosed problem with migraines.

"All of the candidates I think are going to have to be able to demonstrate they can do all of the job all of the time," he told reporters after an event in Indianola.

He added: "There's no real time off in that job."

But Pawlenty cannot pull off "mean" convincingly, in part because he cannot pull off most recognizably human emotions and behaviors convincingly. His decision to vaguely go on the offensive lasted less than one day. Later, on Fox, he admitted that Bachmann seems to have her migraines well in control:

"I think it's mostly a sideshow," Pawlenty told FOX News on Wednesday, when asked about the story. "I've observed Congresswoman Bachmann. I've never seen her have a medical condition or impairment that would seem to be a concern."

With this masterly command of messaging, Pawlenty could surge to sixth place in the Ames straw poll. (There will be six candidates in the poll, right?)