"Myth of the American Sleepover": An exquisite teenage dream 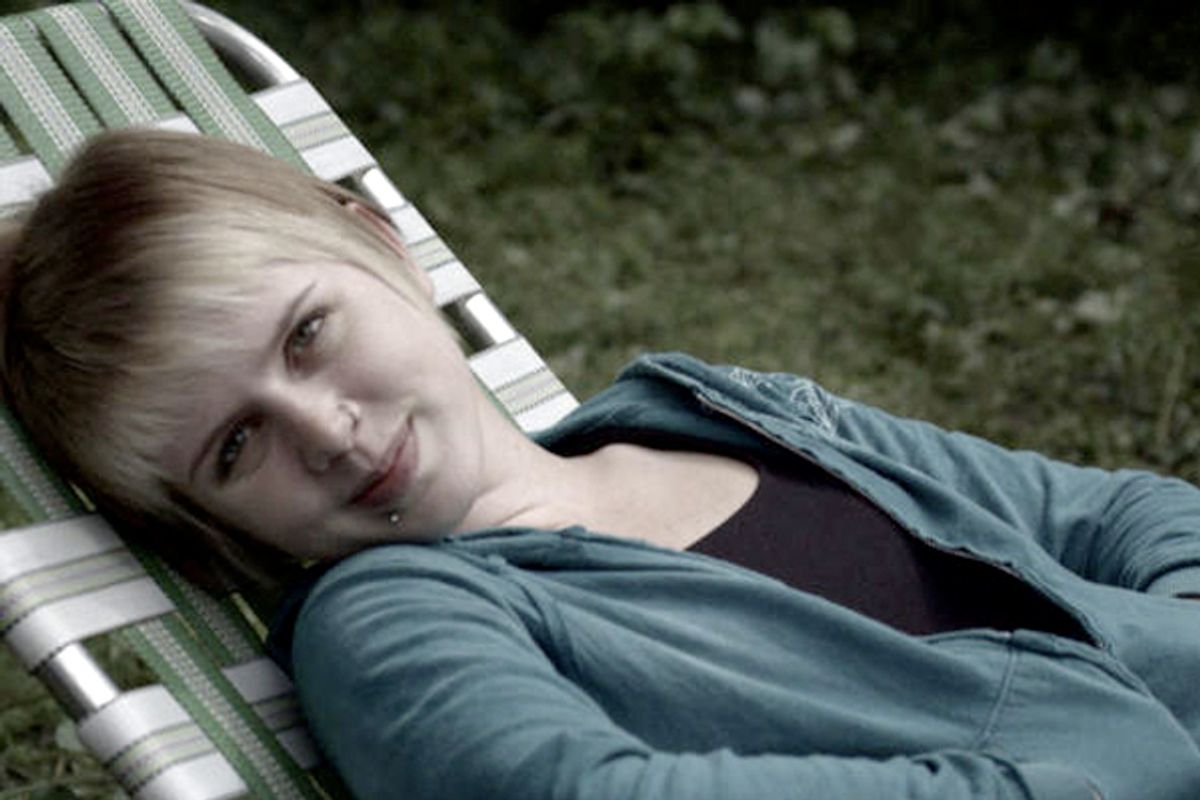 "They trick you into giving up your childhood for all these promises of adventure," the handsome, older lifeguard at the town pool tells Maggie (Claire Sloma), an incoming high school student who's just looking for a bit of romance on the last night of summer. "By the time you realize what you've lost, it's too late." That may be a moment when David Robert Mitchell's exquisite first feature, "The Myth of the American Sleepover," states its theme a little too baldly. But it's still an unusual theme in a one-of-a-kind teen movie, which captures that distinctive moment in adolescent life when nostalgia, loss and anxiety begin to populate one's consciousness with ghosts.

In the middle of an epoch-making heat wave, the wistful vibe and cooler nights of summer's end may feel far away. But they'll be here before you know it, and as "The Myth of the American Sleepover" reminds us, every single year that time comes around it feels like an important rite of passage. With an obvious nod in the direction of "Dazed and Confused," "American Graffiti" and the teen dramedies of John Hughes, Mitchell follows a group of lonely teenagers through a Midwestern suburb on the last night of summer. Couples will break up and get together and feel fatally uncertain about everything; there will be moments of tenderness and also moments of cruelty and stupidity and pure teenage calculation. All of it's viewed from a sympathetic but detached perspective that suggests Scott Fitzgerald by way of Truffaut. "American Sleepover" is the American debut film of the year, and an experience you must work into your summer calendar.

Although the city is never mentioned, "Sleepover" was shot in the middle-class suburbs of Detroit, and belongs to the fast-diversifying tradition of regional independent cinema. Many such movies are so modest in scale and narrative ambition that they'll never break out of the festival circuit, but "American Sleepover" has a much larger potential audience than that. (It did indeed play the Cannes Critic's Week and SXSW last year.) If you are a North American teenager or used to be -- and even if you never were but grew up within the global culture of American-teen reference -- this movie is for you. This isn't a raunchy dude comedy or a gimmicky chick flick; indeed, one of the many remarkable things about "Sleepover" is the way Mitchell views his male and female characters with equal compassion and clarity.

There are four nearly equal narrative lines in "Sleepover," but arguably the two main characters are Maggie, whose pixie haircut competes with her multiple piercings to suggest both precocity and childishness, and Rob (Marlon Morton), who spends most of the film in a Gatsby-like quest for a pretty blond girl he's only seen at the supermarket. Meanwhile, an athletic and evidently ruthless sophomore named Claudia (Amanda Bauer) attends the titular sleepover -- or, I should say, the principal sleepover out of three -- where she embarks on a scheme to steal another girl's boyfriend, after learning more about her own boyfriend's past than she wanted to. Scott (Brett Jacobsen) is the older, ganglier guy who's on the verge of dropping out of college to become that dubious character who hangs around high school parties when he shouldn't. Can his ambiguous reunion with a pair of identical twins he once liked, at their freshman-orientation sleepover in Ann Arbor, save him from that dismal fate?

Only Jacobsen and twins Nikita and Jade Ramsey, among Mitchell's principal cast members, had any previous acting experience, but "American Sleepover" feels like a real movie, with competent production values and a graceful visual aesthetic (courtesy of James Laxton, an acclaimed indie cinematographer), not a zero-budget experiment. Most important of all, I found myself carried away emotionally by "American Sleepover," drifting through my own wistful or painful or wonderful memories, set half a continent away and many years earlier. That time I held hands with that girl who later became a famous anthropologist and never asked for her number -- what was wrong with me? But I always came back to those Michigan sleepovers, the late-night swim party, the bicycle trip home in the rain, because I wasn't ready to leave until this movie let me go.

"The Myth of the American Sleepover" is now playing at the Angelika Film Center in New York and opens July 29 in Los Angeles, with a national rollout to follow.