Both Koreas to work toward resuming nuclear talks 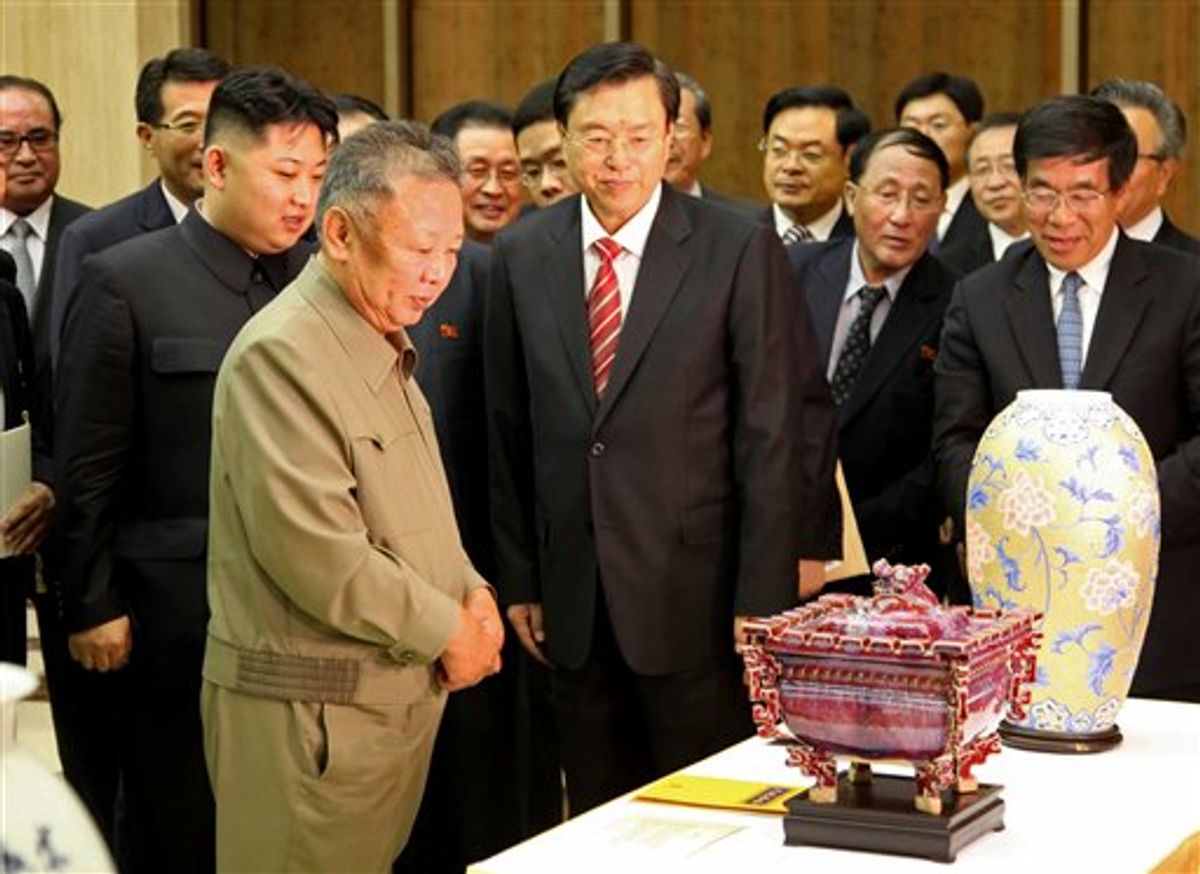 Top nuclear envoys from North and South Korea emerged smiling from a face-to-face meeting Friday, saying they were ready to work together to resume stalled disarmament talks.

The meeting was the first between envoys from the two nations since 2008, when international efforts to end Pyongyang's nuclear weapons program collapsed, and the announcement was certain to be welcomed in regional capitals and Washington.

But diplomats also have long experience with seeing the North engage in negotiations and seemingly making concessions before ultimately throwing up roadblocks that prevent real progress.

"We agreed to make efforts to resume the six-party talks soon," said Ri Yong Ho of North Korea as he was thronged by television crews and reporters. "The talks were conducted in a candid and sincere atmosphere."

He said the two sides would continue to work together to create a conducive atmosphere for disarmament talks.

The two-hour dialogue occurred on the sidelines of Asia's largest security gathering.

Disarmament talks have been stalled since North Korea walked out to protest international criticism of a prohibited long-range rocket launch.

But North Korea, which stands to get badly needed aid and other concessions if it returns to the negotiating table, has indicated a willingness in recent months to do so.

The participation of top diplomats from all countries involved in the negotiations -- the United States, China, Russia, Japan and North and South Korea -- at the ASEAN Regional Forum had raised hopes of a breakthrough.

U.S. Secretary of State Hillary Clinton also said she and Chinese Foreign Minister Yang Jiechi would discuss their "mutual desire for peace and stability on the Korean peninsula" on Friday.

Yang agreed, saying this was the time to unite.

"Anything we can do together to promote a better atmosphere and good dialogue among the parties concerned and to restart the six-party talks would be in the best interests of peace, stability and security of the region," he said.

South Korea and the United States say North Korea must demonstrate a commitment to denuclearization before any negotiations can resume. Seoul also wants a show of regret for two deadly incidents South Korea blames on the North: the sinking of a warship a year ago and an artillery attack on a front-line island in November.

Kim Yong-hyun, a professor at Seoul's Dongguk University, predicted after Friday's inter-Korean meeting that six-party talks could resume as early as September.

"It's a positive sign," he said, adding that both Koreas have reason to get back to the table.

Pyongyang wants to achieve a diplomatic breakthrough and outside aid ahead of the 2012 centennial of the birth of North Korea founder Kim Il Sung, which it is promoting as a milestone in its history.

The two Koreas remain in a technical state of war because their three-year conflict ended in a truce, not a peace treaty, in 1953. The U.S. has 28,500 troops in the South -- a presence that Pyongyang cites as a main factor behind its need to build a nuclear program.