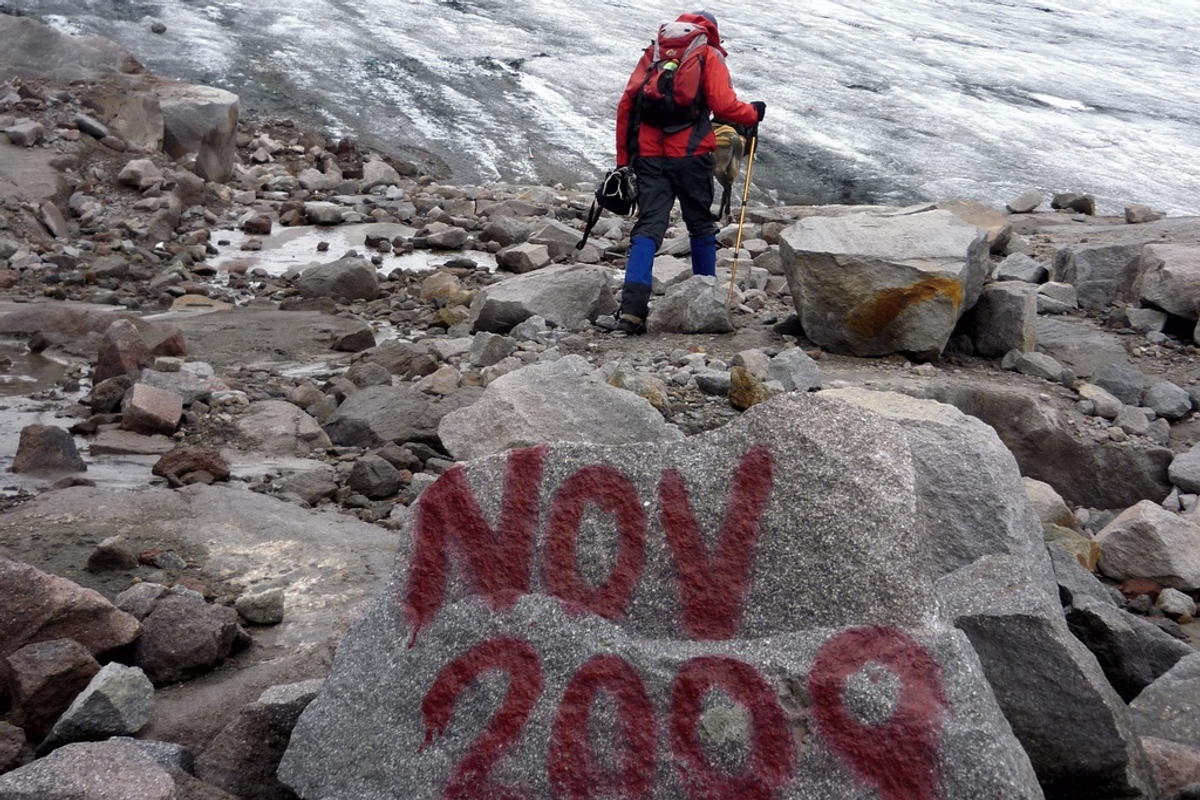 NEVADOS NATIONAL PARK, Colombia -- Every year, the magnificent glacier-topped mountains of Nevados National Park attract thousands of tourists. But the snow and ice caps -- called "nevados" in Spanish -- are melting so fast that officials may have to come up with a new name for the park.

There used to be 19 mountaintop glaciers in Colombia. Thanks mainly to global warming, there are now only six. And because these remaining ice caps are losing 3 percent to 5 percent of their mass every year, experts predict they will be gone by the middle of the century.

"Our children and grandchildren will look at photos of these glaciers and ask: What happened? Why did they melt?" said Jorge Ceballos, Colombia's foremost expert on glaciers who works for the government's hydrology and meteorology institute.

Glacier retreat receives more attention in countries like Peru, where the ice cap is 20 times larger than Colombia's. There, the natural cycle of ice buildup and melting runoff is critical for the national water supply. By contrast, Colombia has plenty of water from other sources but very little ice and snow.

Here, people's attachment to glaciers is more aesthetic, physical and emotional. Park guide Juan Pablo Gomez said they provide a rare chance for average Colombians -- who can't afford ski trips to Aspen -- to touch natural ice and play in the snow. They come away awestruck."

"It's like the first time you see the ocean," Gomez said. "Many people cry. Others hug me and say: ‘Thank you so much. You've made my dream come true.'"

Mexico and Venezuela will likely by the first two Latin American nations to lose their ice cap, with Colombia coming in at No. 3. Bolivia and Ecuador have also seen significant ice cap loss.

For repeat visitors to Nevados Park, the shrinkage of the glaciers has been shocking. Johnny Reyes, an oil worker, remembered exploring the park's vast network of ice caves. Now, the caves have melted.

"I thought everything was going to be the same. But it wasn't," Reyes said. "I got really sad."

During a recent four-day visit to Nevados park, Ceballos pointed to a mountain called El Cisne, which means swan. Once capped in a thick layer of ice and snow, the glacier reminded people of the white neck of a swan. But the last traces of ice melted in the 1960s and now El Cisne is barren rock.

Colombia's greenhouse gases pale compared to emissions from the United States and other industrial giants. That's why Ceballos says there's little the Colombian government can do to slow the melting of the glaciers. Instead, he's focused on documenting their disappearance.

Every other month, Ceballos and several colleagues take measurements of the snow and ice at Nevados park. They're especially concerned about Nevado Santa Isabel. It's Colombia's most at-risk glacier because it sits at a relatively low altitude and is comprised of just three square miles of ice and snow.

On each visit, the team must climb higher to reach the glacier. On this excursion, Ceballos hikes past a boulder marked in red paint with the words "November 2009." On that date, the glacier reached the rock. Since then, it has receded 150 feet.

At the edge of the glacier, the water runoff sounded like a coming-of-spring ice melt. Meanwhile, plants and animals had colonized once-frozen regions of the mountain. Ceballos pointed to small birds skimming over the deteriorating ice in search of insects. At one point, he spotted a dragonfly, the first time he'd seen one on a glacier.

"Everything is changing so fast that I'm not sure what's normal anymore," Ceballos said.

Global warming isn't the only problem. Santa Isabel must contend with debris from the nearby Nevado del Ruiz, an active volcano. Its dark ashes settle on Santa Isabel, absorb sunlight and accelerate the melting.

Farther up the mountain, Ceballos checks an 18-foot-long measuring stick made of PVC tubing that was buried in the glacier in February 2009. Now, most of the tube is exposed and just three feet remain encrusted in the ice.

"If you come back next year, the entire tube will be exposed," Ceballos said. "Isn't that incredible?"

Upon reaching the 16,000-foot summit, team members dug into the snow to collect samples. Colombia had just gone through 18 months of cold temperatures and massive precipitation, provoked by La Niña weather phenomenon. Thanks to La Niña, the top of Santa Isabel had accumulated five more feet of snow.

Even better, the samples indicated the snow was turning into ice which would help preserve the glacier. Still, La Niña is over. Warmer weather is on the way and Ceballos said the sudden snow buildup may not endure.

In fact, Ceballos was so concerned about protecting the ice on the summit that his exhausted team members spent their last hour on the peak carefully shoveling snow back into all the holes they had dug.

Later, as he was leaving the park, Ceballos chatted with veteran ranger Gabriel Echeverry. He wondered whether tourists in the future would bother visiting a glacier park with no glaciers. Echeverry suggested a rather desperate alternative.

"We could stock the park with deer," he said. That way "tourists would have a reason to come here."