You think Cornell grads suck? They've got nothing on the students of Bennington, Adams or Faber 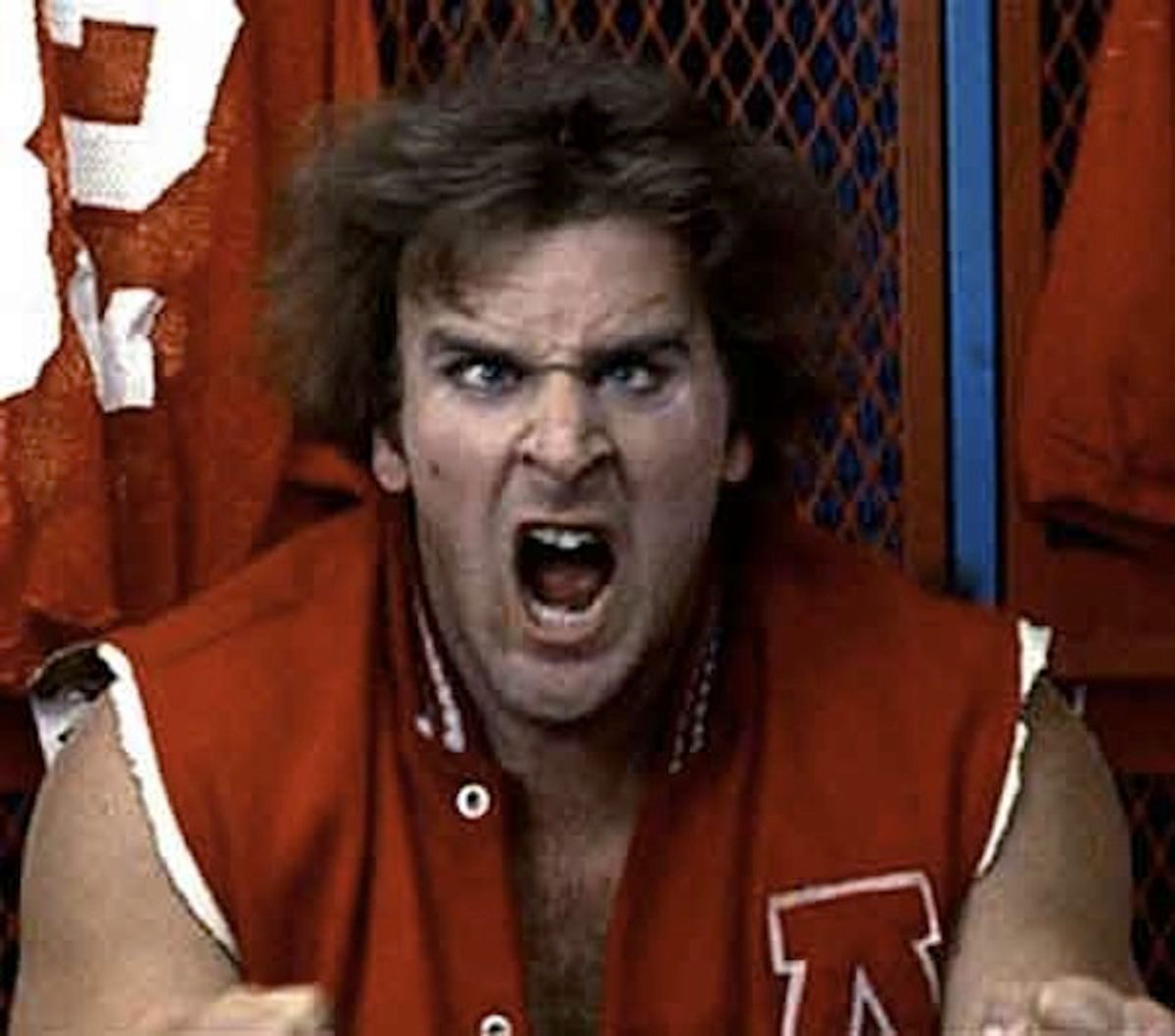 Imagine this guy being the gold standard of your school.
--

GQ has come out with its list of the Top Ten Douchiest College in America, and the Internet has responded in kind, turning every school of higher learning into the breeding ground for the future jerks of America. (Apparently Cornell, which tops the list, is the equivalent of Slytherin, but without the magic or Alan Rickman.)

But take heart: there are no douchier colleges than the ones made up for TV and movies. Though they may be based on actual institutions, just be glad you didn't graduate from that school in "Revenge of the Nerds" -- your diploma would be worthless compared to all the years of the therapy you'd need to get over those tyrannical, preppy jocks.

1. Camden College
Douche rating: 5/10
As seen in: Novels by Bret Easton Ellis, Jonathan Lethem and Jill Eisenstadt, who all use Camden as a stand-in for their alma mater, Bennington College.
Why it's the worst: "The most expensive college in America" is how Lethem describes the liberal arts university in "The Fortress of Solitude." Bret Easton Ellis' "Rules of Attraction" turns the school of higher learning into a hedonistic, coke-filled summer camp for privileged and depraved white kids. And Jill Eisenstadt's Atlantic City teen in "From Rockaway" only gets into Camden because of a scholarship. Still, Camden doesn't sound that different than most New York private schools ... and it's less bro-douchey than it is pretentious and snotty.

2. Adams College
Douche rating: 7/10
As seen in: "Revenge of the Nerds"
Why it's the worst: Adams College is Arizona State times a billion. Only at this preppy, jock-filled arena would the fact that someone is smart enough to actually earn a degree make them a tormented outcast. And unlike Bennington, whose residents would just freeze you out with their chilly hipster snark, the Alpha Beta fraternity has some sort of personal vendetta against smart kids, and a beefed-up Ogre waiting to instill physical harm so these boys won't have to get their Aryan hands dirty.

3. Faber College
Douche rating: 8/10
As seen in: "Animal House"
Why it's the worst: At least in "Revenge of the Nerds," the dean wasn't also making it his mission to expel the less than savory Delta Tau Chi fraternity. And no one in "Revenge of the Nerds" was forced to kill a horse and then dismember it with a chainsaw. Jesus, what kind of school was this??

4. Columbus University
Douche rating: N/A
As seen in: "Higher Learning"
Why it's the worst: I can't really call this school -- attended by Omar Epps and Ice Cube in this 1995 drama -- douchey. After all, Laurence Fishburne teaches there! And there are just a ton of fun groups to join, where even outcasts can feel like they belong. Of course, one of those groups happens to be neo-Nazi skinheads. But I can think of a lot worse names for those guys than "douchebags."

5. Hudson University
Douche rating: Anywhere from 5-10/10
As seen in: "Law and Order," DC Comics, "Degrassi," "The Cosby Show" and "Castle"
Why it's the worst: Well, depends whom you talk to. In the "Law & Order" universe, the school is populated by two types of students: victims and douchebags who probably didn't kill the guy, but are snotty enough to the police that they get their asses hauled down to the station anyway. Also, Superman turned down going there, so how great could it be? It apparently has a great law program, though it's the type of place where people get accepted and then choose a scrappy hometown alternative instead.