Santorum said she peddles "smut," an Ohio Republican called her a "cross dressing lesbian" and she is flattered 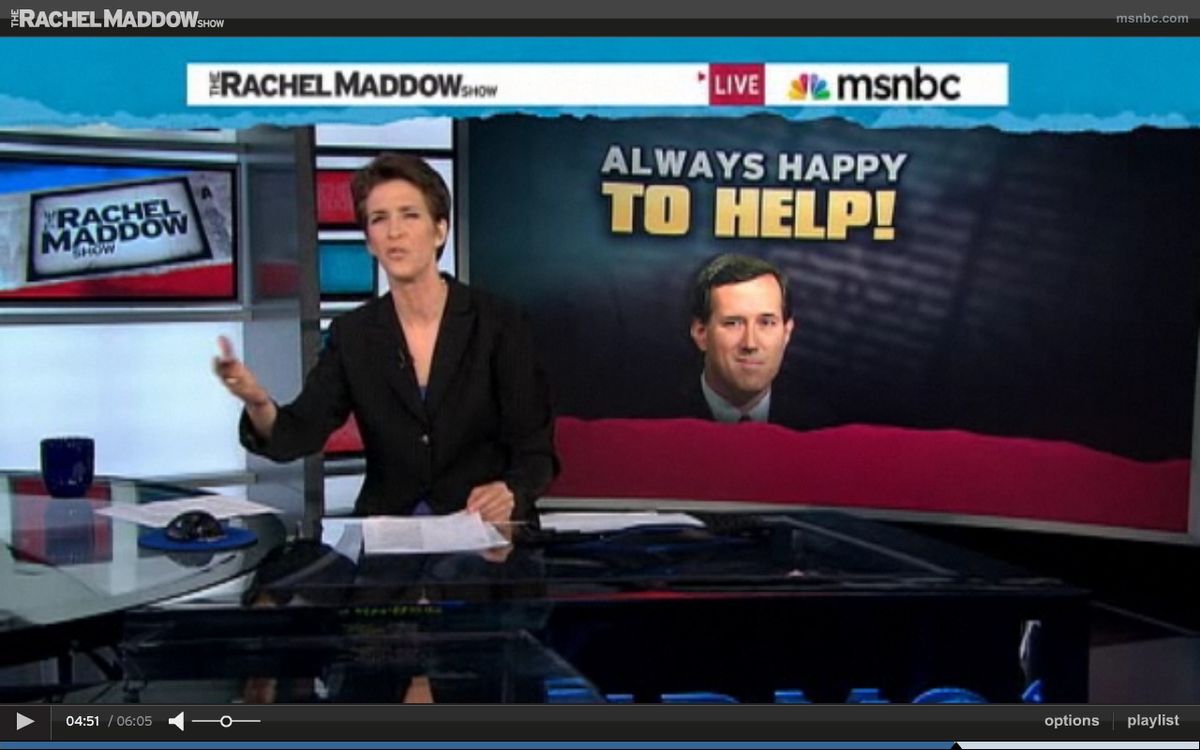 In a fundraising letter this week, presidential hopeful Rick Santorum asked supporters for contributions to his campaign so that he can fight "smut" pushed by liberals like Rachel Maddow and Dan Savage -- the man behind Santorum's Google problem.

On her MSNBC show Thursday night, Maddow confessed to being flattered and amused by the name drop and fondly recalled other digs directed her way from conservatives.

She also dinged Santorum's decision to further spread the word about his Google problem in a fundraising letter, noting that, "in effect" the message told supporters "go Google the word Santorum."

Here's the clip, via MSNBC: