The British soul singer said "no, no, no" to rehab. Now she's the latest member of music's tragic "27 Club" 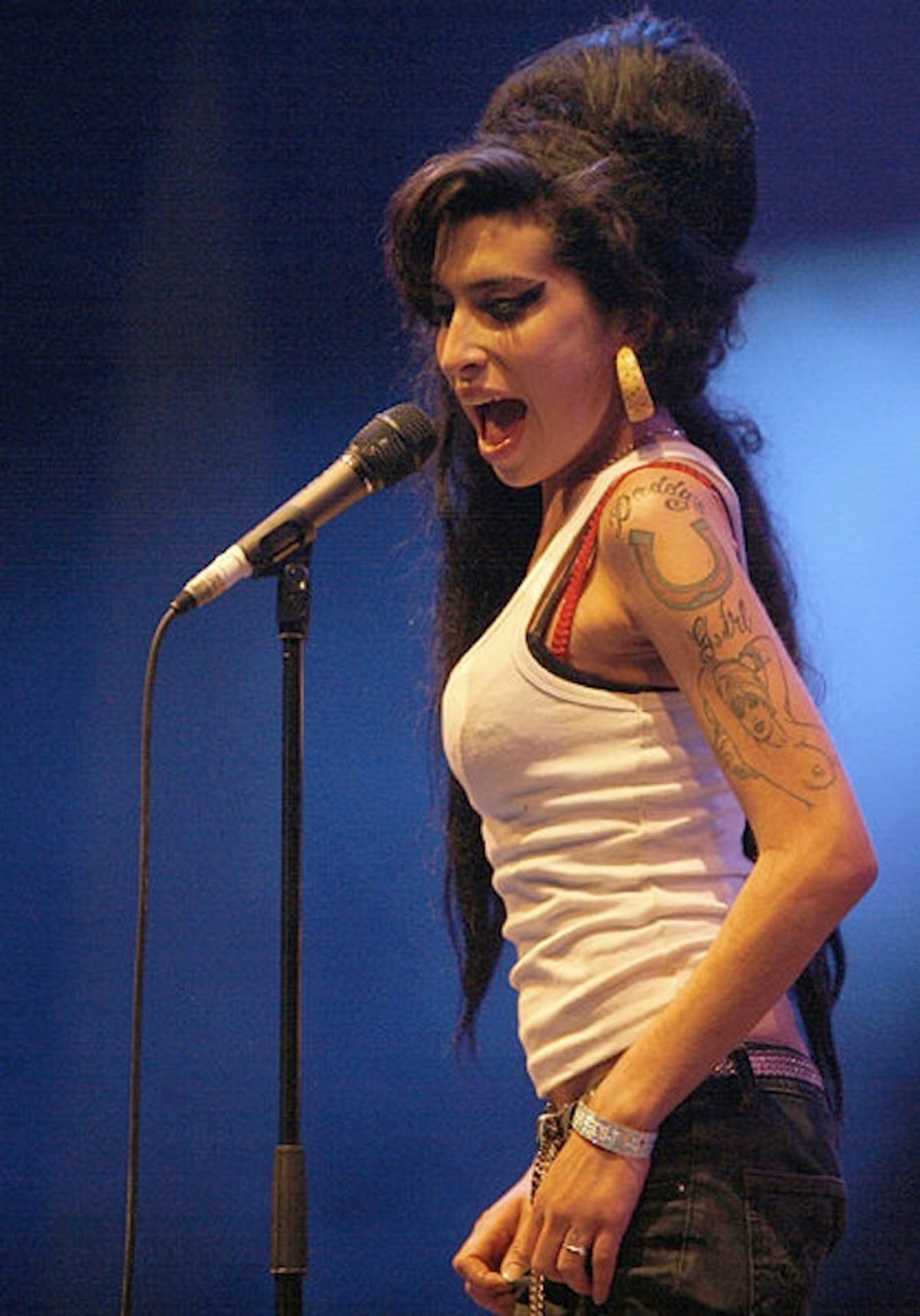 "I'm not gonna spend 10 weeks, have everyone think I'm on the mend And it's not just my pride, it's just 'til these tears have dried They tried to make me go to rehab, I said, "No, no, no" -Amy Winehouse, "Rehab"

This devastating news is no less tragic for all the warning signs that Winehouse exhibited, suggesting continued relapses into drugs and alcohol use. So far, there are no official reports on the cause of death, but the singer's latest one-week rehab stint in June was supposed to be followed by a "comeback" European tour. But that tour was canceled after her uneven behavior led to an ugly incident at a show in Belgrade, where she was booed off the stage.

Winehouse was also working on a delayed third album to follow-up to the successes of "Frank" and 2006's record-breaking "Back to Black."

While two of her three most popular songs dealt with drugs and abusive relationships ("You Know I'm No Good," and "Rehab"), Winehouse's legacy may very well be her 2007 cover of The Zutons' song "Valerie," a collaboration with producer Mark Ronson.

It's hard not to draw a comparison between Winehouse and other members of the "27 Club" -- the culture-defining musicians like Jim Morrison, Jimi Hendrix, Kurt Cobain, and Janis Joplin who all died at the same young age as Winehouse.

The parallels with Joplin are especially and queasily similar: crazy hairstyles; rough, bluesy voices that sounded like pebbles rolling around in a tumbler; personal histories marked by volatile relationships with drugs and men. Joplin died while engaged to a cocaine dealer, while Winehouse stood by then-husband Blake Fielder-Civil after a physical altercation in 2007 left her bruised body on the cover of tabloids and blogs. (She later granted him a divorce in 2009 while he was serving a jail sentence for beating up a pub owner and conspiring to cover-up of the incident.)

Joplin led a female revolution in the male-dominated rock industry of the 60s, and with a voice that sounded like no one before her, she remains one the greatest singers of all time, (at least according to Rolling Stone).

Winehouse will never be known as the pioneer Joplin was, but she could prove as influential. No night sums up Winehouse's career quite like the 2008 Grammys, when she performed "You Know I'm No Good" and "Rehab" via satellite in London after her public drug history stopped her from receiving an American visa.

Despite the scandal, she gave a stunning performance of the two songs from "Back to Black" That night she also set the record for "most Grammy awards won by a British female Act. She was also the first British singer to ever win five Grammys in one year.

Over the past several years, throwback singers like Adele, Lily Allen, Duffy and Kate Nash have rushed through the door Winehouse kicked open, launching a full-blown British Invasion of talented young female songwriters. And that might be what Winehouse is remembered for: paving the way for other British women with a whole lot of soul.