Nafissatou Diallo -- named for the first time in U.S. press -- says she wants the former IMF chief to go to jail 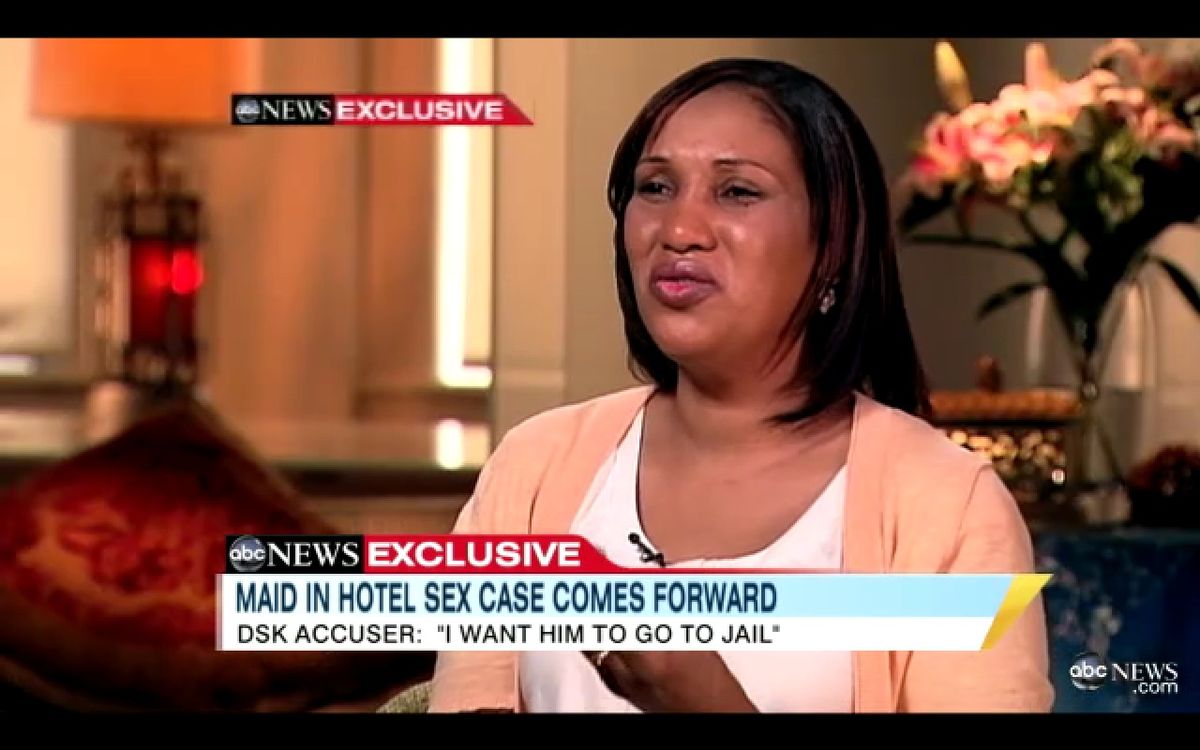 Although the French media disclosed Nafissatou Diallo's name weeks ago, in the American press she has been known only as "Dominique Strauss-Kahn's accuser" or the "DSK maid" -- until now.

Guinean-born Diallo, who goes by "Nafi," spoke out about her sexual assault charges against the former IMF chief, first in a lengthy Newsweek interview and then in an interview with ABC's Robin Roberts, which aired Monday on "Good Morning America."

ABC's Roberts called Diallo's media blitz "an unusual and risky move." But Diallo and her team are trying to regain control over the narrative after several weeks of stories in which her background and credibility have been questioned. "Because of him they call me a prostitute," Diallo told ABC.

Prosecutors are currently undecided on whether to proceed with the charges against Strauss-Kahn, after raising doubts about Diallo's credibility, largely based on issues unrelated to the alleged incident in Strauss-Kahn's New York hotel suite. These include lies found on Diallo's asylum application and findings that she had ties to petty criminals.

Diallo's account of events, as she told them to both Newsweek and ABC News, cohere with hospital records detailing minor injuries on her body -- including the fact that "doctors observed five hours afterward that there was 'redness' in the area of the vagina where she alleges Strauss-Kahn grabbed her."

However, as Newsweek notes, "If there is one inconsistency for defense lawyers to dwell on in the hospital records, it is a passage that says her attacker got dressed and left the room, and 'said nothing to her during the incident.' In her interview with police and her account to Newsweek, Diallo recalled several statements Strauss-Kahn made during the alleged attack."

Strauss-Kahn's lawyers have described Diallo's interviews as "an unseemly circus," but Diallo says she felt she had "no choice" but to go public after staying silent for almost two months.

Watch the video below of Diallo speaking with ABC News' Robin Roberts: