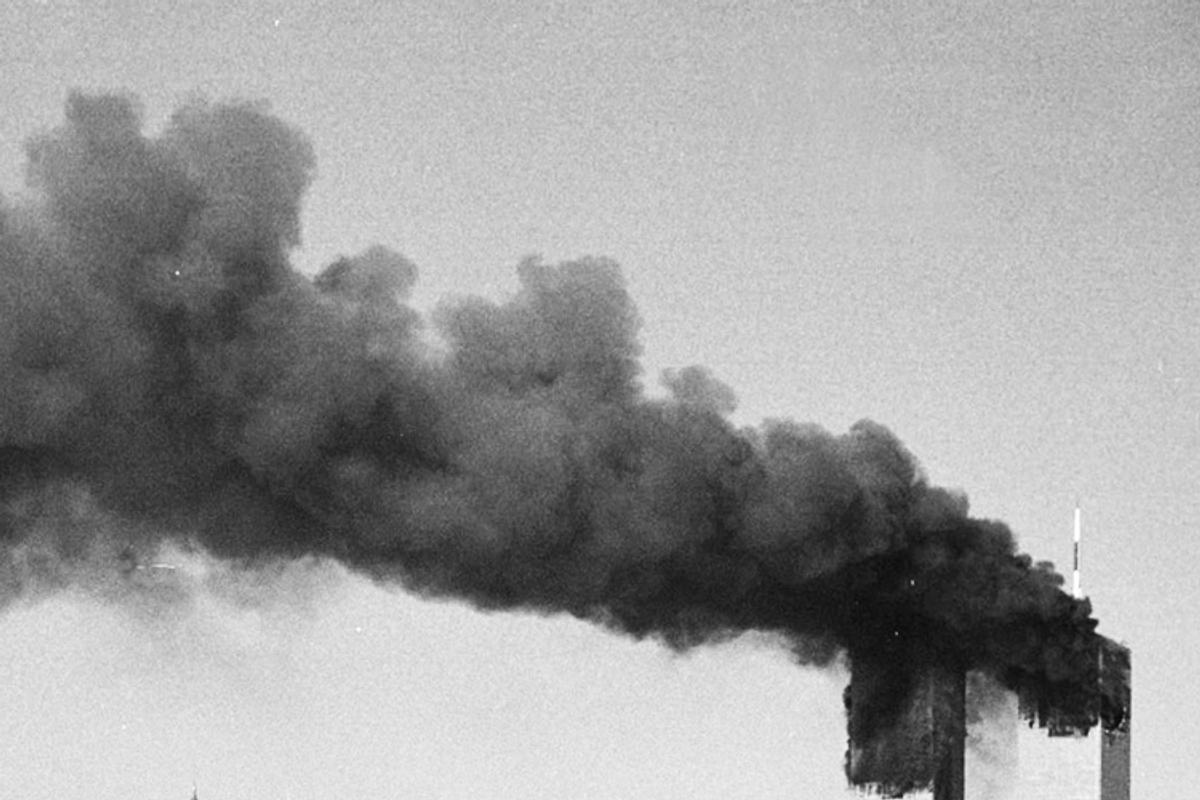 Like most Americans, I can still remember it as if it were yesterday: The images of the burning building on the screen, the murmurings of bewildered morning TV anchors, the burst of "holy shit!" subject lines in my email box and then, shattering the slow-mo dreamlike quality of it all, the bark of a police officer telling me to get out of the Capitol complex as quickly as possible because a plane-turned-missile was headed our way.

This was my particular 9/11 experience -- a Washington of complete chaos where chest-thumping tough-on-terror congresspeople were instantly transformed into cowering child-trampling George Costanzas as they fled for the door. I'm sure everyone fortunate enough to survive that day has their own unique flashback -- it was, after all, a generation's "where were you when" moment a la the JFK assassination. Only now, approaching the 10-year anniversary of 9/11, a trio of new studies show the post-traumatic stress of the attacks resulted in deep cultural shifts that go way beyond mere haunting mental images and bouts of insomnia.

As probably the single most politicized event in modern American history, 9/11's most obvious long-term impact can be seen in the electoral arena -- and not merely in individual election cycles or races.

Just as the Vietnam-era draft once produced a structural shift toward the Democratic Party among potential draftees, a recent analysis by the University of Warwick shows that 9/11 generated a permanent shift to the Republican Party among newly registered voters. Using voter data from citizens who registered just before and just after the attacks, the May 2011 study found "that voters with birthdays in September were more likely to register as Republicans than voters with birthdays in August" and that "the political affiliation of these voters persisted through to the year 2008...even for those voters who moved and, thus, had to change their registration." In short, a  psychologically traumatized electorate ran to a party that promised quick, easy and vengeful solutions to the terrorist threat.

Less obvious but equally profound is the effect 9/11 had on the health care system, according to two University of California studies looking at what researchers call "collective stress." As reviewed by Miller-McCune, the studies found that:

Among a nationally representative sample of about 2,000 American adults, reports of physical ailments increased 18 percent over the three years following the attacks of September 11, 2001…

It turns out watching [the attacks] in real time had huge health consequences. "When compared to individuals who learned about the attacks only after they happened, those who watched the attacks live on TV reported a 28 percent increased incidence of physical ailments over three years post-9/11," Holman and Silver write.

But maybe the most profound legacy of 9/11 is the attack's effect on our very concept of wars and enemies. Before 9/11, those ideas were finite and tangible -- though there were red scares and McCarthyist crusades that argued otherwise, we for the most part believed that conflicts had beginnings and ends and that villains could ultimately be thwarted. But the post-traumatic stress of 9/11 has elicited a kind of neurotic psychosis that embraces Permanent War and allow enemies to occupy a psychological space usually reserved for immortal bogeymen.

That's the takeaway from Ohio State University's recent national poll, which, thanks to serendipitous timing, inadvertently tracked how Americans attitudes shifted sharply after the killing of 9/11 architect, Osama bin Laden. Here are the key findings:

Changes in attitudes were not related just to preventing a possible terrorist attack, but also included attitudes about religious tolerance of Muslims. For example, nearly one in three respondents surveyed after bin Laden's death agreed that "Muslims are mostly responsible for creating the religious tension that exists in the United States today." That was up from about one in five respondents before the killing... The negative feelings even carried over to personal relationships. The percentage of respondents who said they were unwilling to have a Muslim as a close friend doubled after the death, going from 9 percent to 20 percent.

Intensifying hatred after an enemy is killed -- this particular particular 9/11-related symptom is rooted in classic paranoia and it explains quite a bit about recent events. For instance, it explains why America barely flinched when, after bin Laden's killing, our government announced plans to stay in Afghanistan, increase the defense budget, begin a new war in the Muslim world and expand the president's authority to unilaterally initiate even more foreign conflicts in the future. It also explains why so many American media outlets initially blame Muslims for terrorist attacks that we later find out had nothing to do with Muslims -- and it explains how we so quickly define terrorism exclusively as violence committed by Muslims, but not by anyone else. In the 9/11-addled psyche, the war must continue even when the threat is neutralized.

No doubt, America's political and media class will collude to turn the upcoming anniversary of 9/11 into yet another platitudinous display of pomp, circumstance and hyper-nationalism that celebrates our abiding Americanness (whatever that means), trumpets our supremacy -- and ignores any of these findings. That's become the standard simplified script for 9/11, and its 10-year anniversary will likely be no exception. Lost in that spectacle, however, will be any effort to develop a deeper understanding of 9/11's impact -- one that both honors the dead, and better appreciates the grave psychological injuries that continue to scar the living.

Ignoring that deeper story, of course, is no accident. Exploring 9/11 as a complex and enduring psychological event requires an uncomfortable look at how the mass PTSD that followed the attacks fundamentally differs from standard PTSD.

Think about it: Whereas the mere act of physically experiencing a natural disaster may psychologically damage a victim, 9/11's immediate aftermath was at least as responsible for its negative stress-inducing psychological effects as the attacks themselves (especially for the majority of Americans who did not actually physically experience the attacks) -- and the 9/11 aftermath was anything but natural. On the contrary, the rank saber rattling and the carefully crafted fear mongering that became the Official 9/11 Reaction was exquisitely manufactured at the highest reaches of the political and media establishment -- and as we see, it worked like a charm, with significant downsides.

To understand those downsides and begin any kind of mass healing process, though, asks the political and media establishment to be willing to scrutinize itself. And in America, that remains the ultimate taboo.