Note to conservatives: Anders Breivik is a Christian

He's no evangelical, but to pretend the Norway terrorist doesn't identify himself as Christian is dishonest 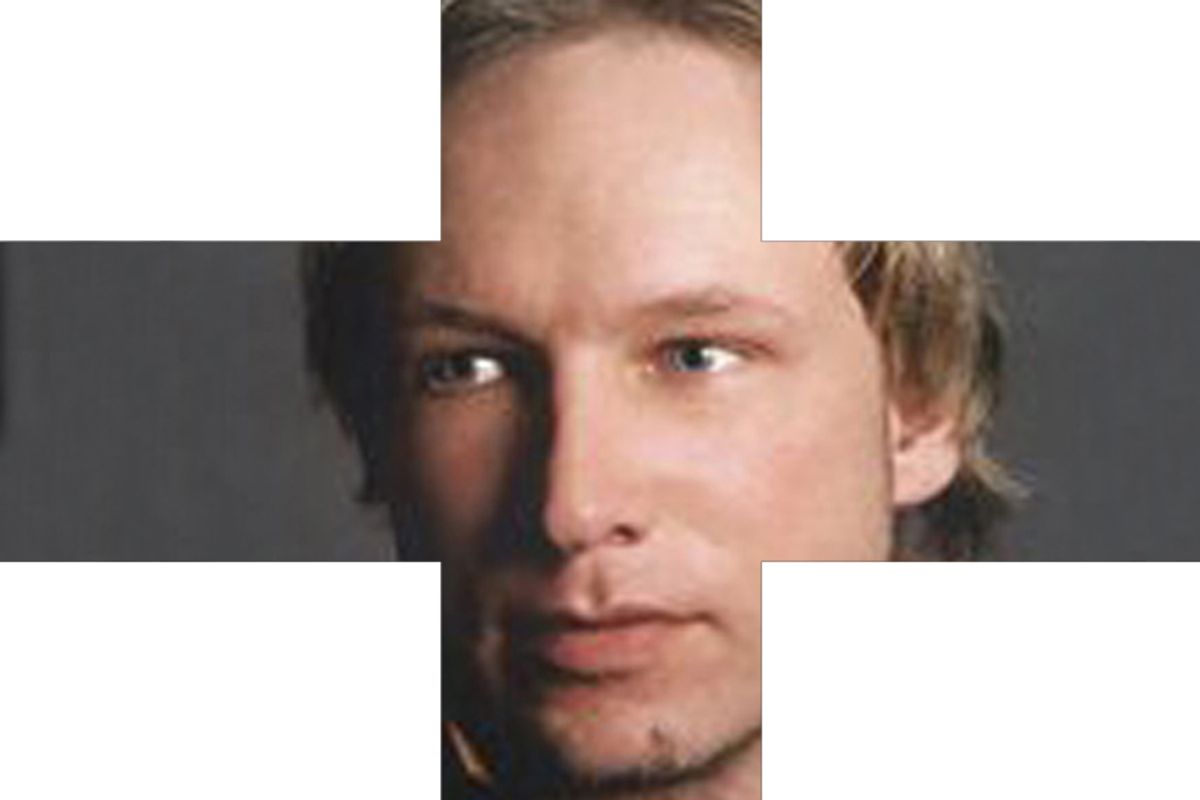 This, apparently, is the right-wing talking point du jour on the terror attacks of July 22: Anders Breivik, the perpetrator, was not a Christian.

Here's a portion of an email I got last night that baffled me:

Just to be clear, the killer was, in fact, not a Christian and said so explicitly several times in his writings... So, in fact, "in fact" was the wrong term to use...

I thought, foolish me, that Breivik had repeatedly and forcefully argued that he was waging a war on behalf of European Christendom. I guess while I wasn't paying attention, everyone decided to make up a new reality.

It looks like Bill O'Reilly was on the forefront of this bizarre argument:

Also Breivik is not attached to any church, and in fact has criticized the Protestant belief system in general. The Christian angle came from a Norwegian policeman not from any fact finding. Once again, we can find no evidence, none, that this killer practiced Christianity in any way.

Breivik chose to be baptized at age 15. He self-identified as "Christian" on his Facebook page. He thought "Christianity should recombine under the banner of a reconstituted and traditionalist Catholic Church" or, later, under a new (traditionalist) European Church.

Breivik is not an American-style evangelical Christian. He is not a "fundamentalist" in that sense. Though he does identify with American cultural Christian conservatives. And he considers himself to be fighting in the name of "our Christian cultural heritage." He supports a reconstituted Knights Templar devoted to winning a war against Islam in the name of Christianity.

All of this says "Christian terrorist." His goals -- the restoration of a pure Christian world in its "traditional" home -- were analogous to the stated of goals of al-Qaida.

Does he go to church? Does he believe in the divinity of Jesus Christ? Is he a biblical literalist? I have no idea. There's plenty about him that would lead a devout Christian to consider Breivik "not a 'real' Christian." Here's the thing about that: The same is true of all self-proclaimed Muslims who commit acts of terrorism.

You can make the argument that he's not a "true Christian," but it's sick and Orwellian to just make shit up claiming he never identified as one.