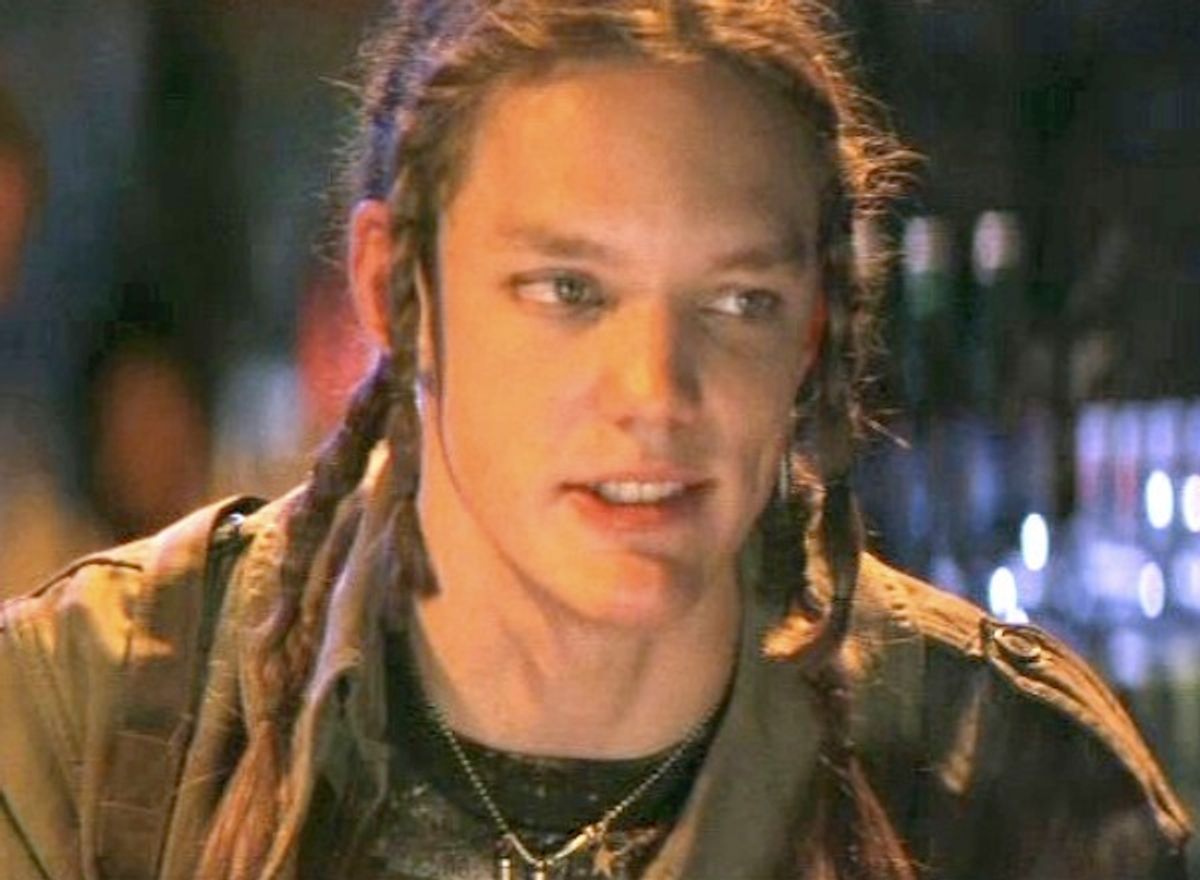 It's been a while since actor Matthew Lillard had his name in circulation. In the mid-'90s, the actor was everywhere, starring in such era-defining films as "Scream," "SLC Punk" and "Hackers." And though you can still catch Lillard in some brief cameos (most recently he had a guest role on "House"), later duds like "Wing Commander" and "Scooby-Doo" kind of harshed Hollywood's buzz on the ADD stoner character the actor portrayed in every film.

Today Matthew Lillard is getting some of that attention back on the Internet ... though probably not in the way he wanted. When comedy writer David Thorpe of SomethingAwful.com tweeted at the actor making fun of his role in "Hacker," Lillard responded by offering $100 to punch Thorpe in the mouth.

This kind of reaction was exactly what Thorpe was looking for (he has previously made Lillard the focus of a satirical drug article called "DMT: The Lillard Molecule"), and not only has he accepted Lillard's offer on Twitter, but he's used the attention to write a whole piece outlining the terms of the fight and getting more people to pledge money for the cause of getting hit in the face:

While this could easily be written off as just a stupid Internet feud, remember that it was SomethingAwful that started the campaign to raise $10,000 for charity to get the lead singer of Smash Mouth to eat 24 eggs in one sitting. (Which will apparently be happening after all.) That incident, much like the Lillard face-punch, began as a joke from one of the site's writers on Twitter. Though it would be harder for Lillard to spin this into a charitable publicity stunt: Hurting someone isn't quite the same thing as eating a bunch of eggs.

Still, don't discount the power of Internet writers to inflame celebrities enough to hit. In 2006, SA's founder Richard "Lowtax" Kyanka was one of five critics invited to box against Uwe Boll after the writer made fun of the director's atrocious "Alone in the Dark" on his site. This was the result:

Essentially: Lowtax got his ass beat, and "Alone in the Dark" remained one of the worst films of all time despite Boll's attempts to beat that opinion out of everyone. I doubt very much that Lillard will take Thorpe up on the challenge, as it probably wouldn't be very good publicity for his upcoming directorial debut of "Fat Kids Rule the World" to go around punching people from the Internet. So far, Lillard has responded only once more to Thorpe on Twitter, reneging his offer with a quip of his own:

Maybe this will be the end of the discussion, or maybe SA can get another charity fundraiser going and convince Lillard. Either way, it shouldn't be too long until the site is able to goad another celebrity on Twitter into a new challenge.