Stewart: Does Congress want to break up with us? 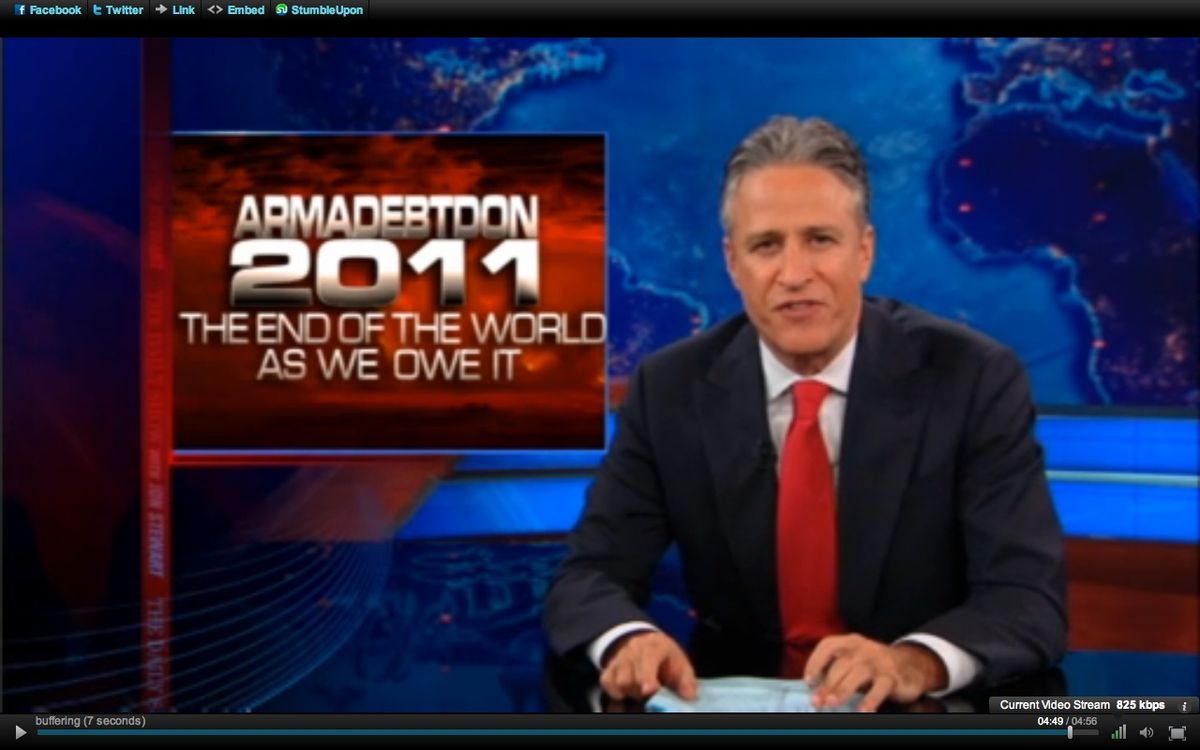 In his update on the debt crisis Monday night (also know as "Armadebtdon"), Jon Stewart used some elaborate similes.

He compared the rancorous negotiations to a "non-fiction version" of the film "Captain America" -- a fictionalized vision of what Americans can achieve if they put their minds to it.

On the economic collapse threatened by a U.S. default, Stewart noted, "the only catastrophe that has moved its date this often is 'Spiderman: Turn Off The Dark'."

He then said that Congress is not bad at its job, "it's just equivalent to a skunk with its head in a jar of Skippy peanut butter."

And finally, the host compared Congress' treatment of the American people over the debt crisis to bad behavior at the end of a relationship: "Do you want out of this relationship so bad, but don't have the balls to leave, so you all decided to act like such giant assholes you force us to break up with you?"