In dueling primetime addresses, the president and House Speaker make their pitches to America 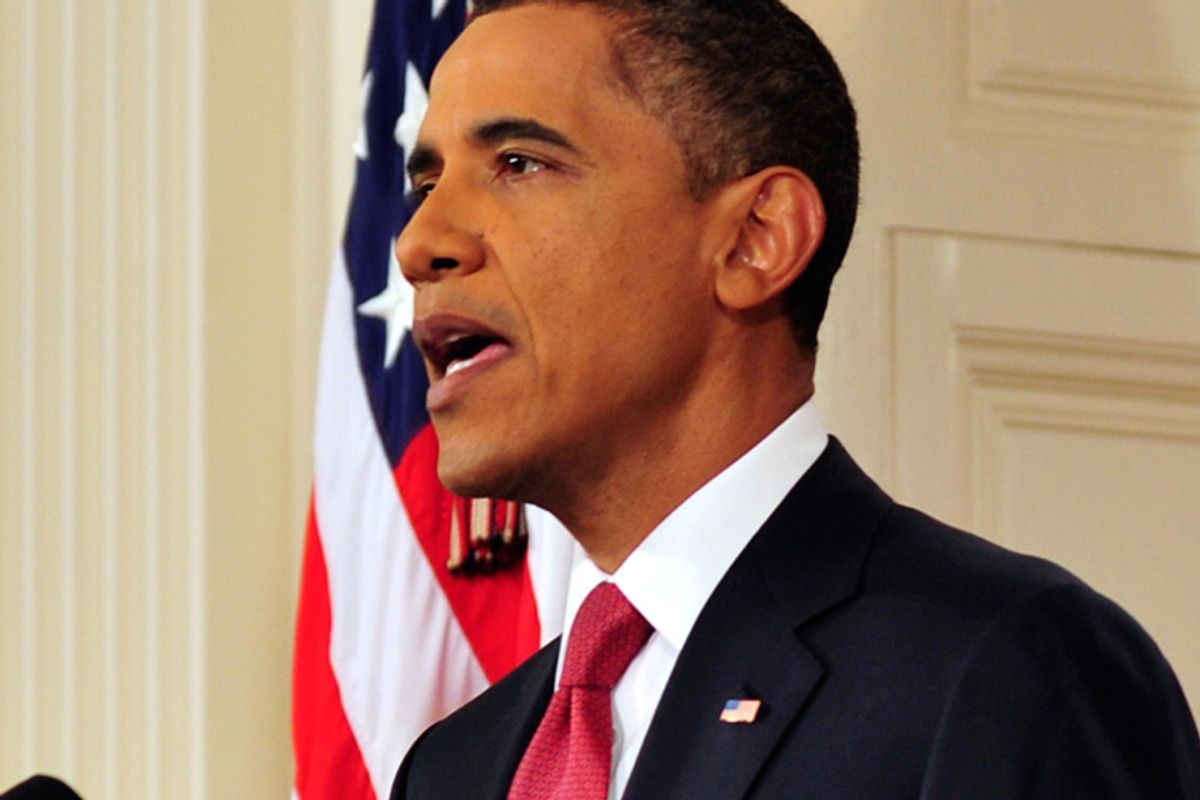 President Barack Obama addresses the nation from the East Room of the White House in Washington, Monday, July 25, 2011, on the approaching debt limit deadline.
--

Decrying a "partisan three-ring circus" in the nation's capital, President Barack Obama criticized a newly-minted Republican plan to avert an unprecedented government default Monday night and said congressional leaders must produce a compromise that can reach his desk before the Aug. 2 deadline.

"The American people may have voted for divided government, but they didn't vote for a dysfunctional government," the president said in a hastily arranged prime-time speech. He appealed to the public to contact lawmakers and demand "a balanced approach" to reducing federal deficits.

Obama stepped to the microphones a few hours after first Republicans, then Democrats drafted rival fallback legislation Monday to avert a potentially devastating government default in little more than a week.

Obama argued that the only ones standing in the way of a balanced compromise are those Republicans in Congress who are insisting only on spending cuts. He called a default a "reckless and irresponsible" outcome to the debate. The nation will run out of ability to borrow money and pay its existing bills after Aug. 2 if a deal is not reached.

His remarks were followed moments later by an address from House Speaker John Boehner, who earlier in the day unveiled a plan of his own for immediate spending cuts and a short-term extension of the debt ceiling. Speaking from Capitol Hill, Boehner said thatObama wants a blank check from Congress to raise the debt ceiling and vowed not to give him one. Boehner, like Obama, insisted that the U.S. cannot afford to default, and said the crisis would be over if the Senate approves his plan and Obama then signs it.

Obama's address was hastily scheduled by the White House late Monday afternoon, after House Republican and Senate Democratic leaders unveiled their plans to meet an Aug. 2 deadline to raise the government's borrowing authority.

Obama is supporting a proposal by Senate Majority Leader Harry Reid that would trim $2.7 trillion of government spending over 10 years.

In a speech earlier in the day to the National Council of La Raza, Obama said the wealthy and big corporations have to "pay their fair share, too." And he alluded to the difficulty of cutting a deal, saying "compromise is becoming a dirty word" -- a theme he returned to in his address to the nation.