What to know before joining the Werewolf Cathedral

A look inside the world's only lycanthropic denomination 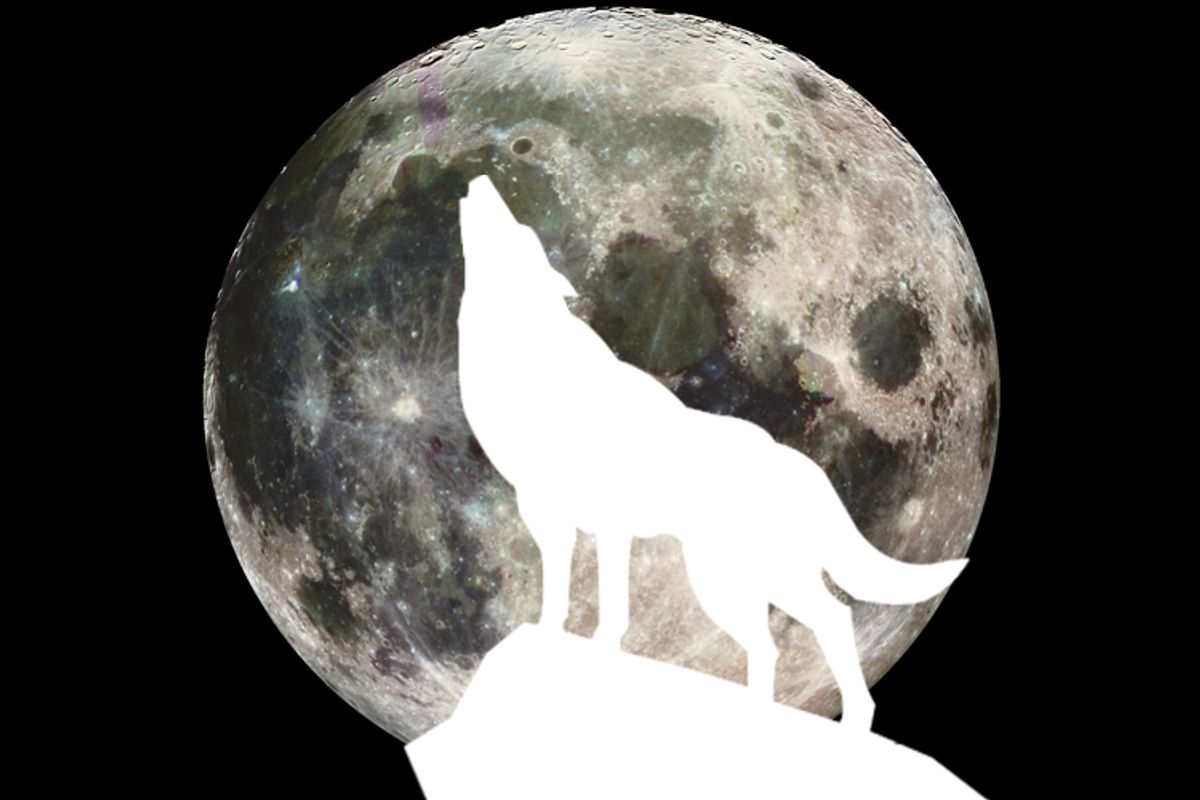 Are you man enough to become a wolf?
--

(Warning: Werewolf website includes music, so turn down your sound or put on headphones!)

Just when I thought that vampire-themed "It Gets Better" ads would be the highlight of the day, I'm introduced to the Werewolf Cathedral via a thread in the SomethingAwful.com forums. Known as "The World's Only International Werewolf Religion & Secret Society," the Cathedral's ethos is simple: Humans have lost touch with their "base instincts" that allowed their ancestors to thrive.

In order to subscribe to the Werewolf philosophy of life, one must accept Social Darwinism as gospel truth. Except for all the racist parts, of course:

We believe that man is a predatory animal, and that by unifying his intellect with his instinct he becomes more empowered to fulfill that which he wills to do. We believe that Social Darwinism is the true way nature operates, whether man finds this to be cruel or not makes no difference in regards to it's truth. We believe in dealing with the world the way it is, not how it should be. It must be stressed however that we do not condone the racist aspect of Social Darwinism that was promoted in might is right, we see it from a non racist persceptive.

(All quotes are left with original spelling.)

You can read all about the Werewolf Cathedral and religion in its PDF packet, "The Manifesto of the Wolf," which I would highly suggest. Membership is only $10, which is a small price to pay for all the benefits of becoming part of the pack. What kind of benefits, do you ask?

For starters, the werewolves own Hollywood, according to a recent YouTube video by Cathedral High Priest Christopher Belmont Johnson.

(That's at least a new spin on the previous theory.)

Being a werewolf means that you can throw out all those boring societal notions of "good," "evil," "right" and "wrong," since the members "do not concern ourselves with labels meant to control or limit our behavior." You also get to discard all of your "egalitarianism and judeo-christian values," though by joining the Cathedral you have to promise not to engage in any criminal activity and "behave in a responsible and adult manner within society." So being a werewolf means living in strict accordance to a civic structure that goes against your own religious beliefs? Sounds ... not fun.

That's not even the biggest drawback to joining the Werewolf Cathedral, though. According to the website's home page, true werewolves can't actually turn into wolves. Like, at all:

The Werewolf Cathedral considers anyone that believes in transformation of a man into a Long Chaney Jr style wolfman, with hairy face and fangs, to be a pseudo Werewolf. Being a Werewolf is a mentality and an ideology. Lycanthropic Transformation is about union of intellect with instinct.

Thanks, but I'll just be sticking with my religion of "Team Jacob" for now. However, if you are interested in becoming a member of the Cathedral (which, be warned, does not include a physical cathedral), you can apply for membership here. Or go peruse the FAQ section, which answers such questions as: "Will The Werewolf Cathedral teach me to become immortal?" (yes), and "Are their any groups I should avoid joining after joining The Werewolf Cathedral?" (Yes, like "Feminist, Wiccan-oriented, consciousness-raising groups who practice more male-bashing than magic").

Who knew werewolves hated Wiccans so much? I thought that it was only vampires that had a problem with them.