Did Dr. Who save Hitler? 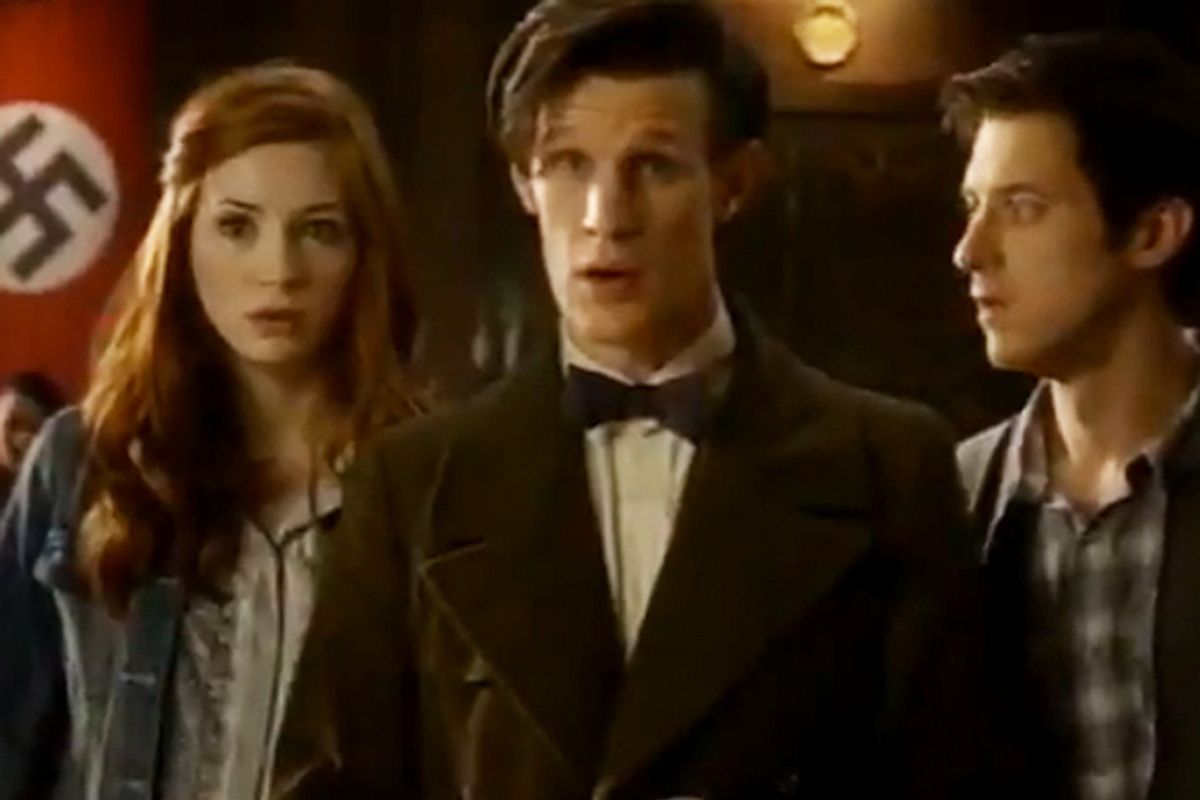 Did Dr. Who cause the Holocaust? In a teaser for the new season that debuted at Comic-Con, the time-traveling, TARDIS-rocking nerd icon takes a journey back to the Weimar era, where he's seen dancing in top hat and tails in front of a swastika. And the Führer himself thanks him and his companions Amy and Rory for "saving my life." Oopsie.

The second half of the show's season doesn't begin until early fall, but the press release for the episode cheekily promises to "bring the Doctor face to face with the greatest war criminal in the universe. And Hitler." Could we be in for a showdown between Hitler and The Doctor and the Master? Or Henry Kissinger?

Putting Hitler into a fancifully fictional context is always a risky gambit. It's one thing to make a biographical movie like "Downfall" (which led to a ubiquitous Internet meme) or use Hitler-in-hell as a throwaway gag in "Book of Mormon." But for every successfully fictionalized "Inglourious Basterds" Hitler, there are a dozen cringe-worthy "Heil Honey, I'm Home" ones.

The new episode, in the capable hands of writer Steven Moffat, will likely be anything but a jolly romp through the "Triumph of the Will" era. A BBC representative told the Daily Mirror this week that "The Doctor meets Hitler in 1938 before he commits war crimes. Viewers should wait and watch -- and all will become clear." But the Doctor himself, Matt Smith, cryptically explains of his character that "There's a lot of blood on his hands. I think that's why he's so bubbly and cheery, and has to keep going. If he didn't, if he stopped, he'd have to contemplate losing all these people. I think there'll be a lot more."

Will the episode live up to what the British press is calling its "controversy" over using one of the cruelest chapters in modern history as fodder for a sensational episode of an adventure show? Perhaps. But given the episode's incredibly telltale title -- "Let's Kill Hitler" -- and the brief flash of Rory opening up a can on whupass on the man himself, it's likely the episode will offer a moral lesson on the high price of trying to outrun what's already been fated. I know he's a busy guy, but you'd think a Doctor who's been around forever would have read a Greek tragedy or two.