The Italian model joins Reddit as part of a new viral campaign. But he's no Isaiah Mustafa 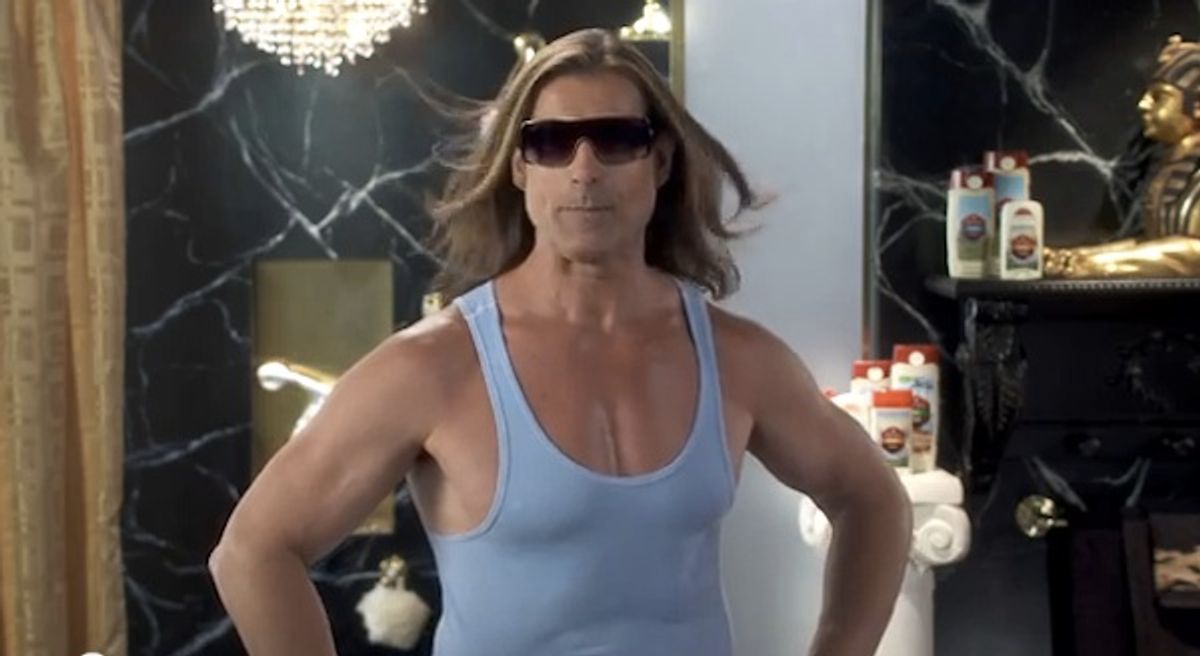 Fabio responds to the Internet... this should go over well.
--

"I can't believe it's the real Fabio!" After the debacle in June when an imposter posing as Emilia Clarke from "Game of Thrones" on Reddit's "IamA" forum* managed to fool even hardened moderators (and us) with fake identification, it's natural to be wary when a famous celebrity suddenly graces a user-submitted link site with their presence.

So when Italian model Fabio joined the forum, acting as the spokesperson for Old Spice's viral marketing campaign (replacing figurehead Isaiah Mustafa), he had to win over the dubious Internet with his own video message to the board. "Here is the video I make," announced the guy whose likeness you've seen on every book cover sold at your local supermarket.

It's the same "responding to the Internet" marketing strategy that Old Spice used for the Mustafa campaign, so you'll forgive me for saying that it feels a little bit stale the second time around. Especially given that it seems like the copywriters for Old Spice, not Fabio himself, are answering the questions. That is, unless the rippled muscleman whose face attracts suicidal birds also happens to write in the third person:

Fabio give you greetings too! I will be your spirit animal but you must remember to feed spirit Fabio the expensive spirit foods and give him plenty of spirit exercise and red spirit dirt bikes.

Fabio (or whomever is writing on his behalf) seemed to be somewhat aware of his predecessor's accomplishments (winning the hearts of Alyssa Milano and Kathy Griffin, among them) and responded in kind:

Yikes ... what? And then, just to really drive this whole ouroborus back into itself, "Old" Old Spice Guy Mustafa jumped back into the game, accepting a challenge set forth by Fabio on Twitter. (Oh to be a fly on the wall at these Wieden + Kennedy pitch meetings: "Social networking!" "Twitter!" "Reddit!" "Great job team, time for lunch.")

This back and forth might officially be too meta-clever by one half. But what do you think? Has Old Spice's web marketing officially jumped the shark? Or do you think the combination of Fabio and Reddit shows that the brand still has its finger on the pulse of youth culture?

*IamA stands for "I am a _____." It can be combined with another tag for "AMA" (ask me anything), and is generally where celebrities, directors, and other Internet famous figures (or just people with cool jobs or life stories) engage their fan base.